Dogs have a long and rich history in the country of Ireland, especially working dogs who have tended sheep, chased off wolves and been used for hunting in the mountains, woods and bogs of the E 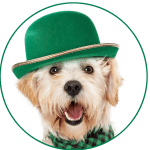 Even today, if you visit the Irish countryside, you are likely to see border collies, the herding dogs of choice these days, rounding up the sheep on the many active farms. Tourists can get a more formal introduction to the lives of these working dogs at one of the many tours and demonstrations of the dogs herding sheep.

Here are some fascinating facts about dogs that originate from Ireland:

1. Nine dog breeds originated in Ireland – four are terriers, three are gundogs (for bird hunting), and two are hounds. 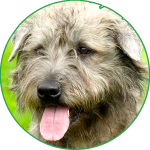 2. The Irish Glen of Imaal Terriers, one of the rarest breeds today, traces its roots back to the reign of Elizabeth I in the 1500s. The British queen reportedly hired French and German soldiers to put down a rebellion in Ireland. After the conflict, many of these soldiers settled in the area, bringing with them their low-slung hounds, which they bred with the local terrier stock. 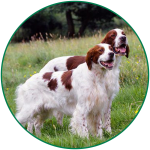 3. The Red and White Setter became so rare in the early 1900s, they were thought to be extinct. In the 1920s, efforts were made to revive the breed, and today it can be seen in healthy numbers in Ireland and elsewhere. 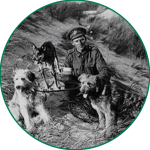 4. Irish Terriers were used in World War I as messenger dogs in the terrifying noise and confusion of trench warfare, thus proving both their intelligence and their fearlessness. 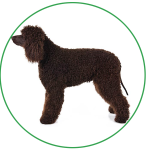 5. The exact origins of the Water Spaniel are unclear but one unique feature of the breed provides a clue: it has a “rat tail” that no similar dog has and makes it very likely that the modern breed had an indigenous Irish ancestor. 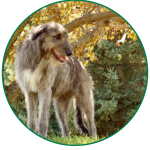 6. The Irish Wolfhound is an ancient breed traced all the way back to the first century A.D. when the Irish Celts were breeding large hounds to hunt wolves and to be used as war dogs to drag enemy soldiers off their horses. 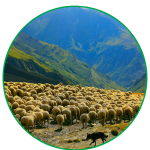 7. In the 15th century, each county in Ireland was required to keep 24 wolfdogs to protect farmers’ flocks from the ravages of wolves. 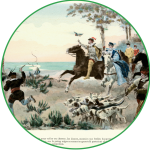 8. Pairs of Irish hounds were prized as gifts by the Royal houses of Europe, Scandinavia and elsewhere from the Middle Ages to the 17th century. They were sent to England, Spain, France, Sweden, Denmark, Persia, India and Poland. 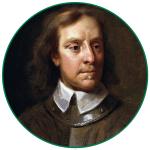 9. In 1652, Oliver Cromwell, the United Kingdom’s head of state, declared that Irish Wolfhounds were prohibited from being exported and insisted locals continue to breed them in sufficient numbers to hunt wolves. 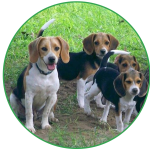 10. The breed name Beagle is thought to be derived from the Irish word “beag” (meaning small) and while most Beagles are diminutive hounds used to hunt game such as rabbits, the Irish breed, the Kerry Beagle, was often used for hunting deer.