5 Commonly Overlooked Dogs That Need to be Adopted 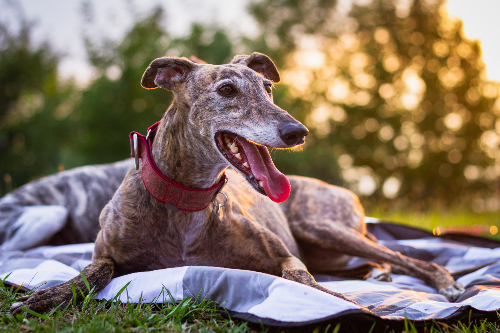 No matter your age or canine experience, introducing a new dog into your world is arguably one of the most exciting moments you can experience. Whatever pup you end up with, there’s bound to be lots of snuggling, love, and memory-making in your future. In your adoption process, you may have a specific type of dog in mind, be it a certain popular breed or fluffy puppy. As you embark on your pet parenthood journey, we ask you to also consider some of these often-overlooked canines.

Senior canines are often passed over for their younger counterparts, which means that they can spend a long time — even the rest of their lives — at the shelter. While it’s true that some may need more attention in terms of veterinary care, special diets, or assistance from their owner, they have much love to give you in return. Adopting an older canine can be incredibly rewarding. Learn more about the importance of adopting senior animals.

Think about going to party or event, and the diverse range of personalities present there. It probably wouldn’t surprise you if the sociable people were having a great time surrounded by others, or if the shy folks were keeping to themselves. A similar dynamic can happen in shelters where shy or nervous pups get overlooked when there’s a happy-go-lucky jumping-for-joy canine in the next kennel over. Even shy pups can come out of their shell at home.

It’s relatively common for dogs to come into shelters from poor living situations, whether that means living on the street or being treated badly in their previous homes. In some cases, they can get infections or injuries that require amputation/removal or other disfigurement (permanent or temporary). These pups are commonly passed over, but they also crave love and attention.

There’s a large number of retired racing greyhounds every year in need of homes. Not only is there a surplus, but there’s also a lack of awareness around that fact. This is compounded by the myth that greyhounds require larger living accommodations and a large yard or plenty of time for running elsewhere. Contrary to popular belief, greyhounds are quite the couch potatoes and can be happy in smaller living spaces – they just need a good walk each day.

Government Pups That Failed Training Criteria or Have Retired

The assumption is that all government-trained dogs pass their tests and go about very noble careers. In reality, those tests are quite rigid, and a number of dogs can actually fail out of the programs. It’s not that they aren’t good doggos; it’s just that they didn’t meet all the very steep requirements. The Transportation Security Administration has a Canine Adoption Program that connects people with dogs that didn’t meet requirements, and both the National Police Dog Foundation and Retired Police Canine Foundation help connect people with retired K-9s.