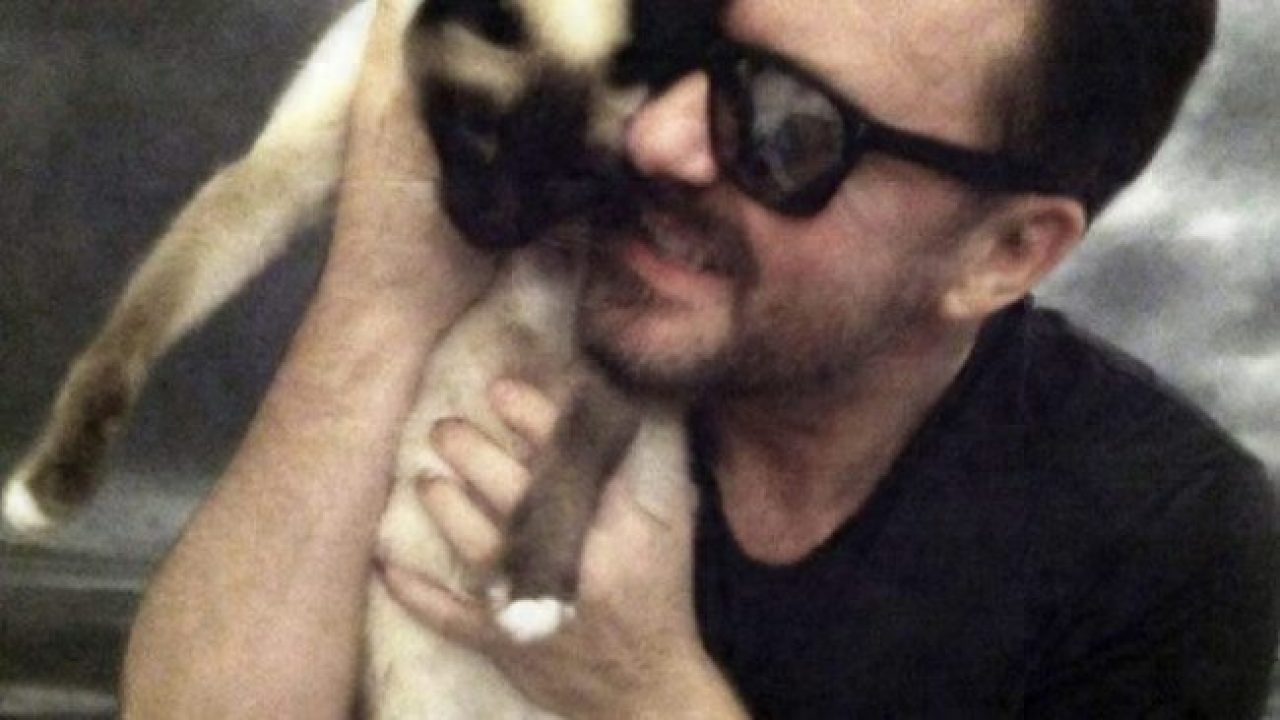 Ricky Gervais loves his cat and doesn’t care who knows it. The British comedian has made a name for himself by not holding back when it comes to his humor and, taking one look at his social media pages, the same applies to his beloved cat, Ollie. The striking Siamese came as an unexpected gift to Gervais while on a British talk show in 2003. Without hesitation, Gervais welcomed the kitten into his home and, in one fell swoop, Ollie was well on his way to stardom.

Now, it’s hard to imagine the cheeky Gervais even has time for Hollywood when he’s so busy snapping, filming and tweeting every move Ollie makes. Between Gervais’ Vine, Twitter, Facebook and Instagram accounts and Ollie Gervais’ personal Facebook and Twitter pages, the duo’s bond is underscored by lots love and playful banter. But what does that look like? Gervais poking fun of Ollie’s snaggletooth, playing Ollie as if she were a bagpipe, tormenting her with his “Handrantula”, and all the while admiring her innocence as she sleeps.

It’s not just Ollie who Gervais has a soft spot for, though. The cheeky king of comedic improv, turns to social media to voice the importance of rescue adoption. In between posts of Ollie, Gervais will re-tweet or throw in pictures of animals — dogs, cats, pigs, bears — to promote non-profits like Pup Aid and Animals Asia. It was those photos and actionable captions and re-tweets that grabbed the attention of PETA and inspired them to choose Gervais as PETA’s Person of the Year for 2013. We’ve rounded up our favorite Gervais social media posts — and they just so happen to be about his cat and animal welfare. On the outside he may be witty and crudely humorous, but on the inside, Ricky Gervais is an unapologetically overprotective, loving, and doting pet parent…

1. Gervais uses Ollie as a bagpipe.

2. Gervais torments Ollie with his “handrantuala”.

3. Gervais refers to himself as Ollie’s “dad”.

5. Ollie Gervais (on behalf of her dad) shows off her perfect imperfection — her fang.