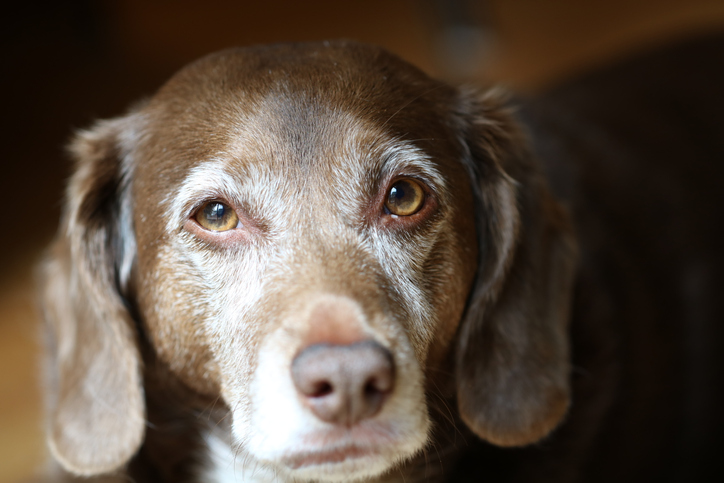 We love all dogs—massive Bernese Mountain dogs, teeny Pomeranians, rescue pitties, purebred poodles—whether they’re newborn pups or gracefully aging adults. But there can be some reservations, particularly about rescuing senior dogs, so we were heartened to hear that a recent survey by the Grey Muzzle Organization found that there are more positive perceptions and increased adoption rates. We talked to one of our favorite trainers, Katrina Krings, who also happens to be a mom to two older pups, about why elderly dogs are so awesome—and how they can benefit humans in some pretty surprising ways:

You can teach an old dog new tricks

That saying is malarkey! The presumption is that older pups are set in their ways but Krings has worked with many in her training classes (including her own) and says that they love to learn just as easily as the youngins.

Of course, this always depends on the pup, but in general senior dogs are more easy-going and have less energy. “There’s less of a dependency on going for long walks and exercise,” says Krings, so you can spend more time hanging out and snuggling!

There are less surprises

Puppies are undeniably adorable, but you never know what their temperament is going to be like. With seniors, you know what their personality is and it’s pretty likely that it’s going to stay that way—one of the perks of canine older age.

Not only are senior pups less likely to gnaw off your furniture legs, they also have better bladder control. That means you can leave them for longer periods of time at home without worrying that your new rug is going to be ruined.

You’ll have an instant BFF

“Some people think an older dog won’t bond to them the way a puppy would, but I don’t find that to be the case at all,” says Krings. Sometimes there’s an even stronger bond, especially if you rescue a senior, because they are so grateful you’ve given them a home.

You know how you appreciate your mom the older you get? Same goes for senior pups. Whether they’ve had a tough life or had to be given up because their human couldn’t care for them anymore, “you’re giving them this loving environment to spend the rest of their lives in,” says Krings.

This article was adapted from the Ollie blog. Ollie delivers freshly made human-grade meals to dogs across the country, tailoring the recipes to their nutritional needs. Want to try it? Go to  myollie.com to access 20% off discount on your first box.