A Day in the Life: Manny the Frenchie

Life can be pretty strenuous for one of the Internet’s best-known pets. With over 520,000 followers on Instagram, 219,000 Facebook likes, his own website and clothing line, and countless celebrity appearances to make, it’s hard to imagine Manny the three-year-old French Bulldog has any time left over for walks and naps. We spoke with Manny’s proud parent Jon Huang, who gave us an inside look at a typical day for the Chicago-based, photogenic Frenchie (never fear: naps and playtime remain top priority):

9 a.m. Manny’s day starts like most of ours (celebs: they’re just like us!) — he eats breakfast. Sometimes he has to jostle for position, though. Manny isn’t an only child and his celebrity doesn’t mean he gets special treatment. Jon and his girlfriend, Amber Chavez, also own English Bulldog/Boxer mix Leila, French Bulldogs Cooper and Frank, and two rescued French Bulldog puppies Filip and Liam.

10 a.m. With so much energy expended, this marks the first of three daily naps for Manny. After all, he has to get his beauty rest. 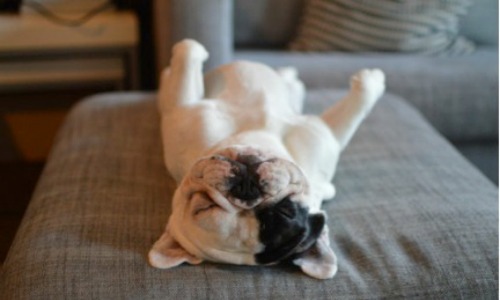 11 a.m. Manny is a great brother to his siblings, making time to play with them when he’s home. Each of them plays a part in Manny’s celebrity and even have their own followings, so playtime can often turn into a photo shoot opportunity. 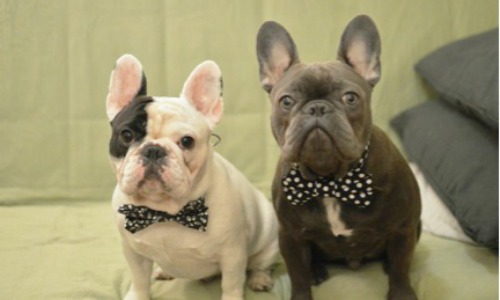 12 p.m. Manny has a small lunch to break up the day, but his main meals are in the morning and at night.

1 p.m. It’s time for another nap. This time, though, Manny might opt for a nap in the sink. It’s a perfect fit. 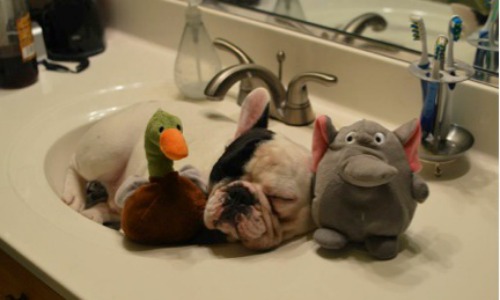 2 p.m. Every day requires an Internet check-in: whether it’s Instagram, Facebook, or his personal site, Manny always makes an appearance. He even has his own blog! 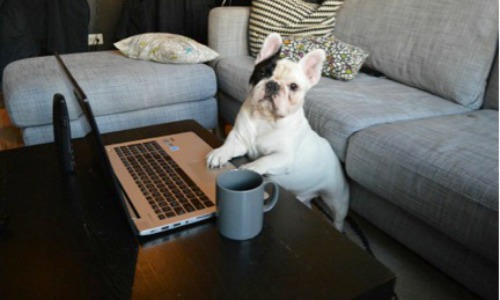 3 p.m. Playtime (which may include some time outside — when the Chicago weather permits, of course). 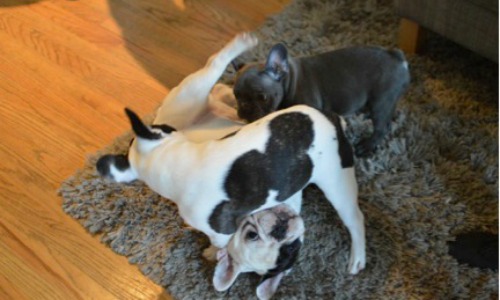 4 p.m. After play, Manny and friends are ready for another nap.

5 p.m. Manny knows when it’s almost time for Jon to come home from work, so he usually starts to get antsy toward the end of the day. 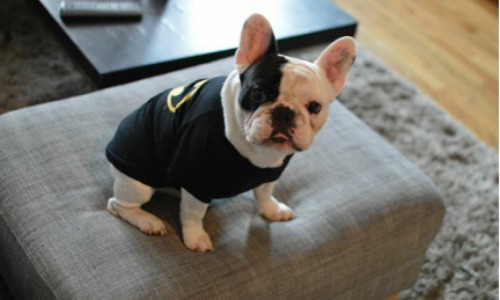 6 p.m. Once Jon does get home, he goes for another walk.

7 p.m. Time for some TLC and snuggles with Manny’s parents and siblings.

9 p.m. Begs for snacks…and bacon. It’s hard to say no to this face… 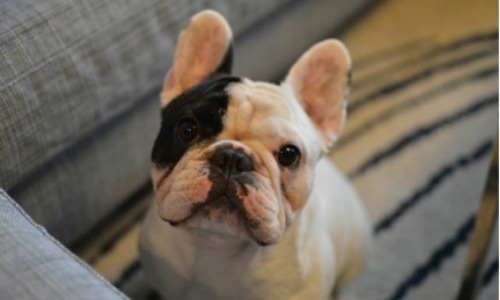 10 p.m. The day begins to wind down and Manny plays with his siblings a bit more before going outside one last time.

11 p.m. Sleepy time. A good night’s sleep gets Manny the Frenchie ready to do it all again tomorrow. That is, unless he has to travel for an event or TV appearance. 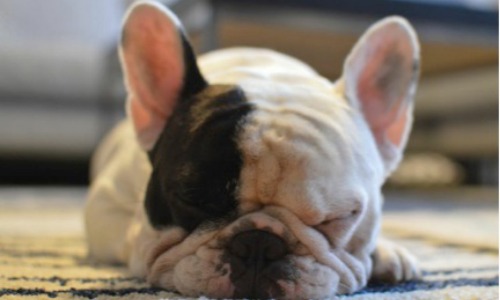 All images via Jon Huang and Amber Chavez