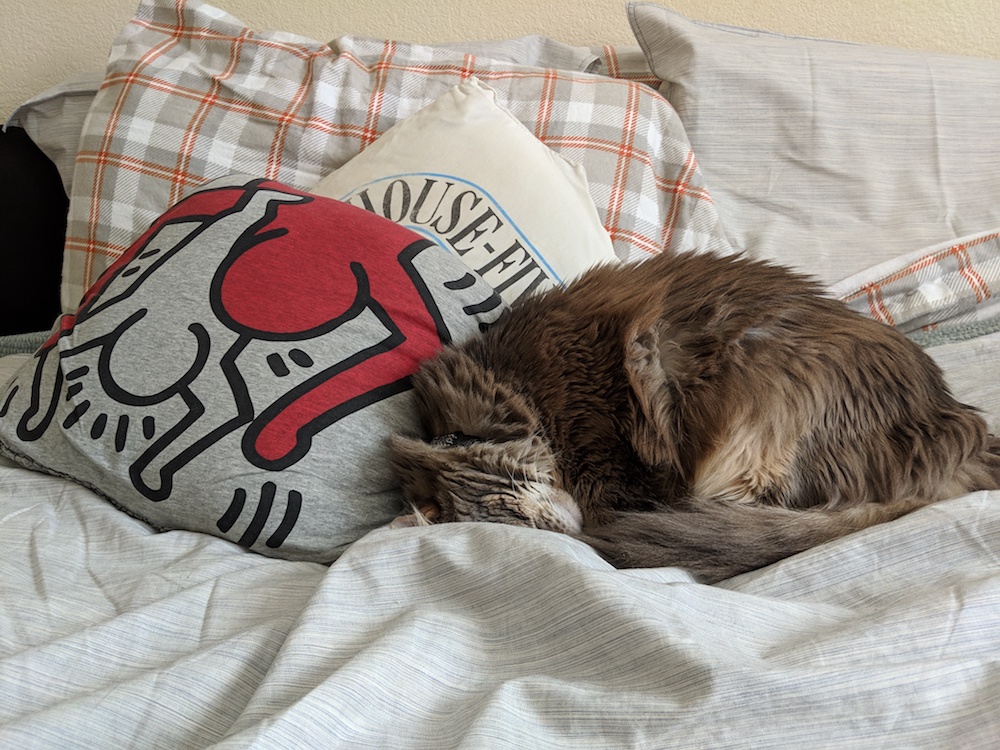 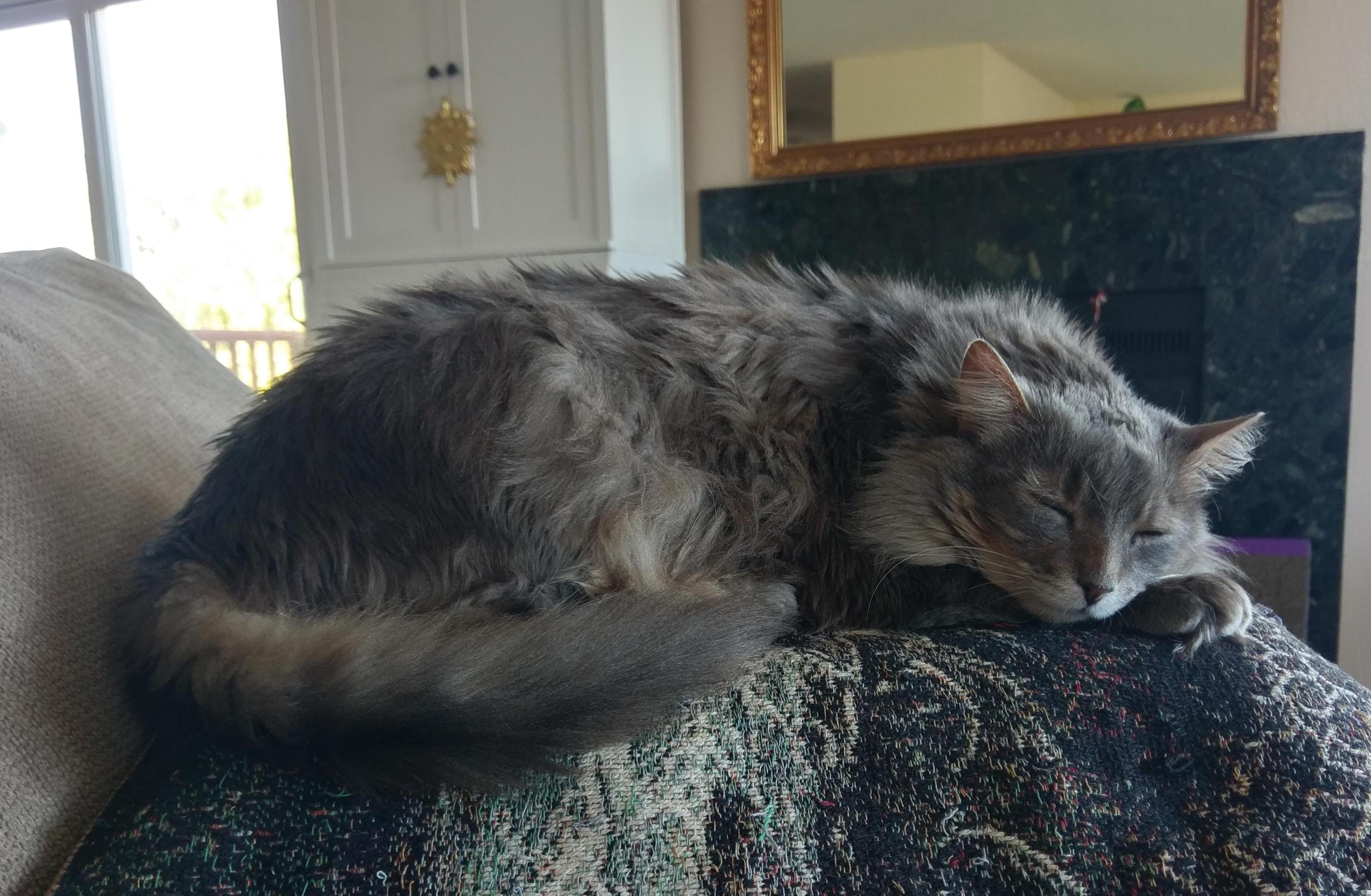 The first Tuesday in May is “World Asthma Day” – did you know that cats and dogs can have asthma too? Symptoms and treatment are very similar to human asthma – people and pets with asthma suffer from chronic inflammation and constriction of the small passageways to the lungs, which can make breathing difficult. Mild cases can barely be perceptible, however as asthma can become a life-threatening health problem, seeing a vet is of utmost importance.

We chatted with pet parent Kris about her 6-year-old cat, Otis, who has been diagnosed with asthma. “Otis is my lifeline. I adopted him when I was going through some hard times in life,” she says. “The cat rescue I went to said, ‘Come on by and we’ll find out who loves you,’ when I explained my situation to them on the phone. Otis came up to me right away, headbutting and purring. He was the first cat I met there, and I was so happy to have him come home with me.”

After adopting Otis, Kris noticed that he would breathe loudly and had “quite the snore.” “Vets have told me it was likely he suffered a severe Upper Respiratory Infection (URI) as a kitten, probably leaving some scarring.” In late 2017, Otis began to have coughing attacks; “It was as if he was trying to cough up a hairball that never came up.” 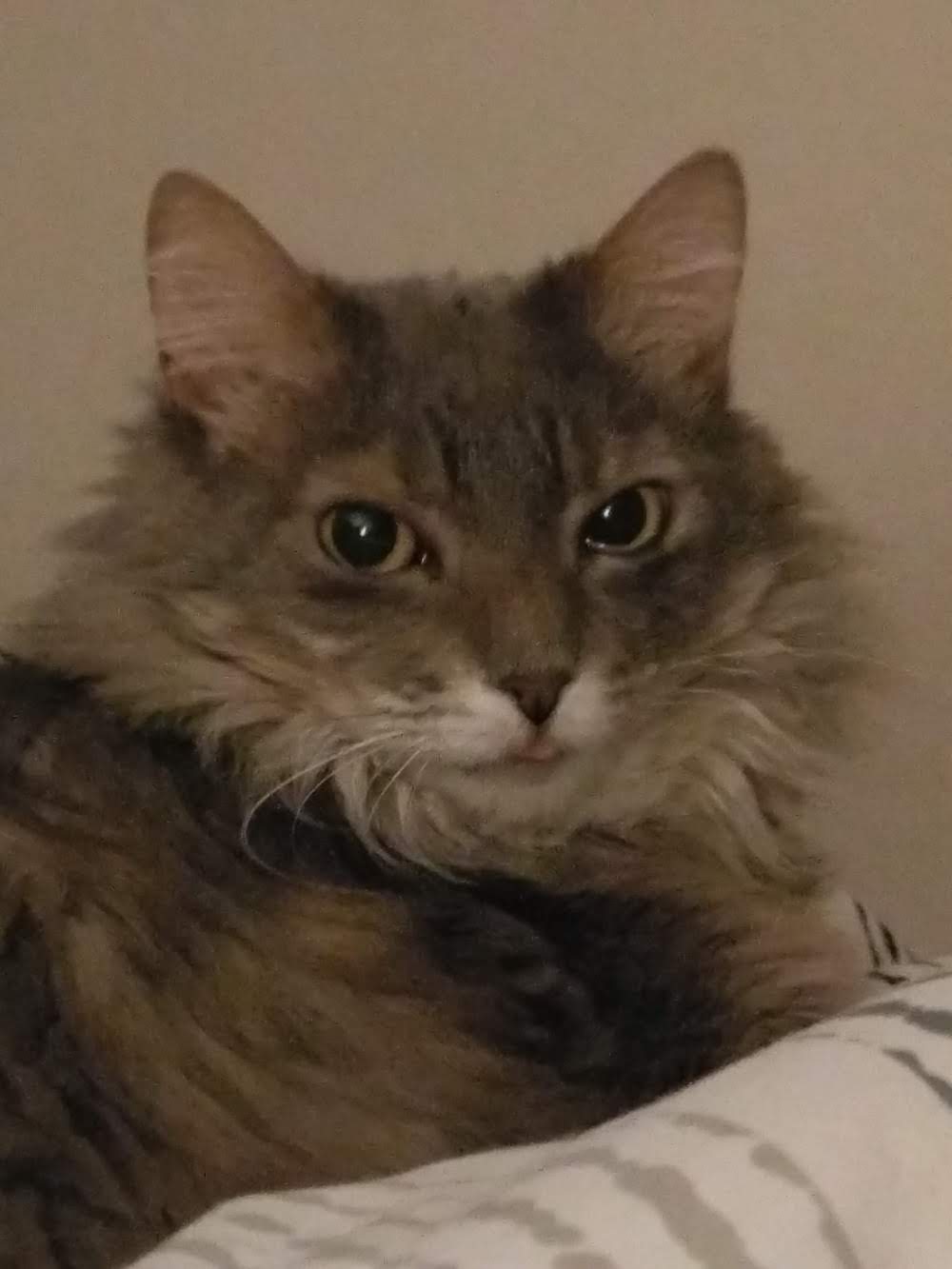 Once symptoms became more frequent, Kris brought Otis to the vet. “In early 2018, Otis was diagnosed with asthma through an x-ray diagnostic. He was prescribed a steroid, which helped the cough but hurt his immune system, and Otis wound up getting a URI. We started adding immune-boosting supplements and weaning him off the steroid and on to an inhaler. It took about six months and a second opinion to find the right combination of treatments and supplements to keep his asthma controlled.”

Symptoms of Asthma in Cats

Asthma may be overlooked in milder cases, but keep an eye on respiratory distress and prolonged symptoms like:

Remember that these symptoms are worth a second look, and not just for asthma! They can also be associated with other diseases that are related to parasites (heartworm included), tumors, heart failure and pneumonia.

“I hated seeing Otis suffer. I was constantly wondering if he was sick because of something I did, if I waited too long to get treatment, etc. The inhaler was a frustrating learning curve for us, but we’re pros now,” says Kris. 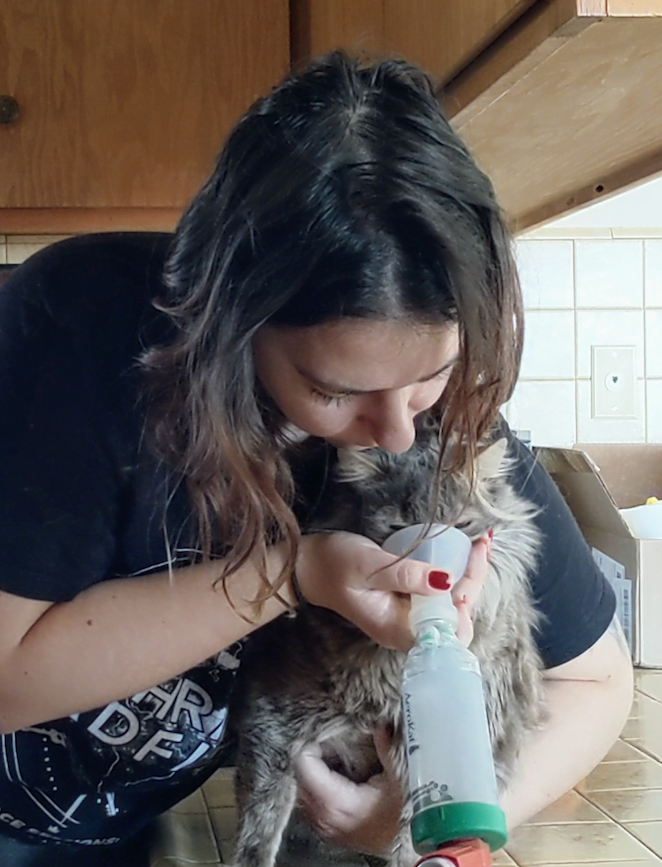 While asthma may be incurable, pet parents can learn how to manage this condition. Vets prescribe anti-inflammatories, steroids, and inhalers (“bronchodilators”) to help your kitty breathe. You will need to keep up regular vet visits and be attentive to your pet’s environment. That means no perfumes, room fresheners, aerosols (personal and cleanser-related) and most of all – no smoking around your pet. Try dust-free, unscented litter as well. And it may come as a surprise, but even with asthma, it’s important to keep your furry feline active too.

“We’re also working on weight loss since x-rays showed excess fat around his heart – I’m proud to say he’s lost 3 pounds so far. Two more to go! Otis is still more easily susceptible to URIs but is doing much better overall. There is no way I would have been able to afford all of this without insurance.” Over the course of Otis’s enrollment with Healthy Paws, they have been reimbursed $7,487 ($8,937 in total claims; 90% reimbursement rate, $250 deductible). And now, Otis is back to following Kris around the house, chasing Greenies dental treats across the floor, and stealing popcorn (“he moonlights as a popcorn thief whenever he can”).