Blog / Dog Care / Dog Behavior & Training / Book Review – ‘Dog Is Love: Why and How Your Dog Loves You’
Dog Care

Book Review – ‘Dog Is Love: Why and How Your Dog Loves You’ 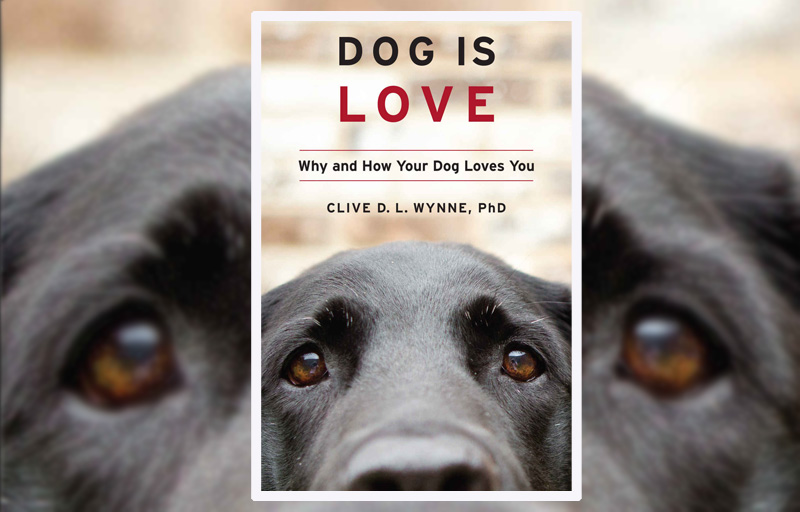 Book: ‘Dog Is Love: Why and How Your Dog Loves You’

Any dog lover has experienced it. The way your dog gazes intensely at you, the nuzzling for pets, the anxiety or sadness they seem to feel if you leave their sight for even a minute.

It sure feels like love. In fact, it can feel even more potent than the affection we receive from human companions since it seems so unconditional and unwavering. 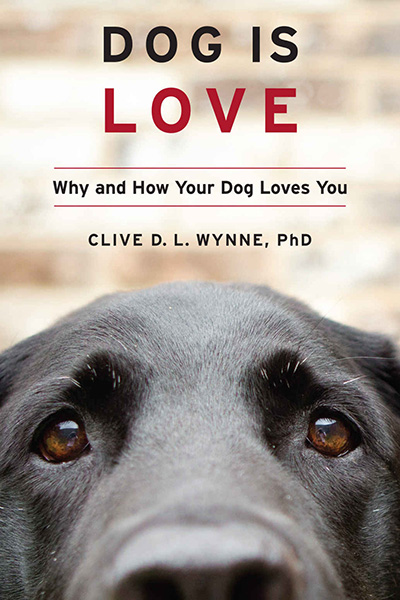 Dr. Clive Wynne, the author of the illuminating new book “Dog Is Love: Why and How Your Dog Loves You,” has a dog, Xephos, that he shares a loving relationship with. He’s also a pioneering dog behaviorist who has always been skeptical about attributing human emotions or traits to animals, also known as anthropomorphism.

Wynne, the director of the Canine Science Collaboratory at Arizona State University, set out to prove definitively that it’s not just a learned behavior that makes dogs act cute and sweet in search of food or shelter. He makes a compelling case that dogs are unique in the animal world in their affection for people, and they do so even when humans don’t always return the love.

Wynne lays out his case that affection is the very essence of dogs in astonishing detail. He pores over dozens of scientific studies, visits other scientists who have experimented on dogs and other animals such as foxes and wolves and runs a number of his own experiments to look at the behavior of dogs from every conceivable angle. He sprinkles in observations about Xephos and other dogs he has known.

The studies run the gamut from those of pampered pooches in developed countries to shelter dogs to those of street dogs in places where they are treated more like pests instead of pets.

Among some of the book’s surprising conclusions:

In the final chapter of the book, “Dogs Deserve Better,” Wynne argues against training methods involving harsh punishment used on such loving companions. He also laments the conditions in many shelters, where such social creatures are isolated in a noisy and uncomfortable environment. Finally, he urges people to avoid leaving their furry companions home alone for a full workday.

If you are entirely convinced that your dog(s) love you in much the same way a person can and are not particularly curious about why, you may not need to read this book. On the other hand, if you love science and can’t get enough of learning about dog behavior, this book is for you. I found it intriguing if a little too detailed and repetitive at times.

Plenty of people seem to enjoy “Dog is Love,” which came out last fall, as it received a 4+ star review (out of 5) on GoodReads.com.

If you are interested in the topic but don’t necessarily want to read a whole book, check out this Dogcast Radio podcast where Dr. Wynne is interviewed.