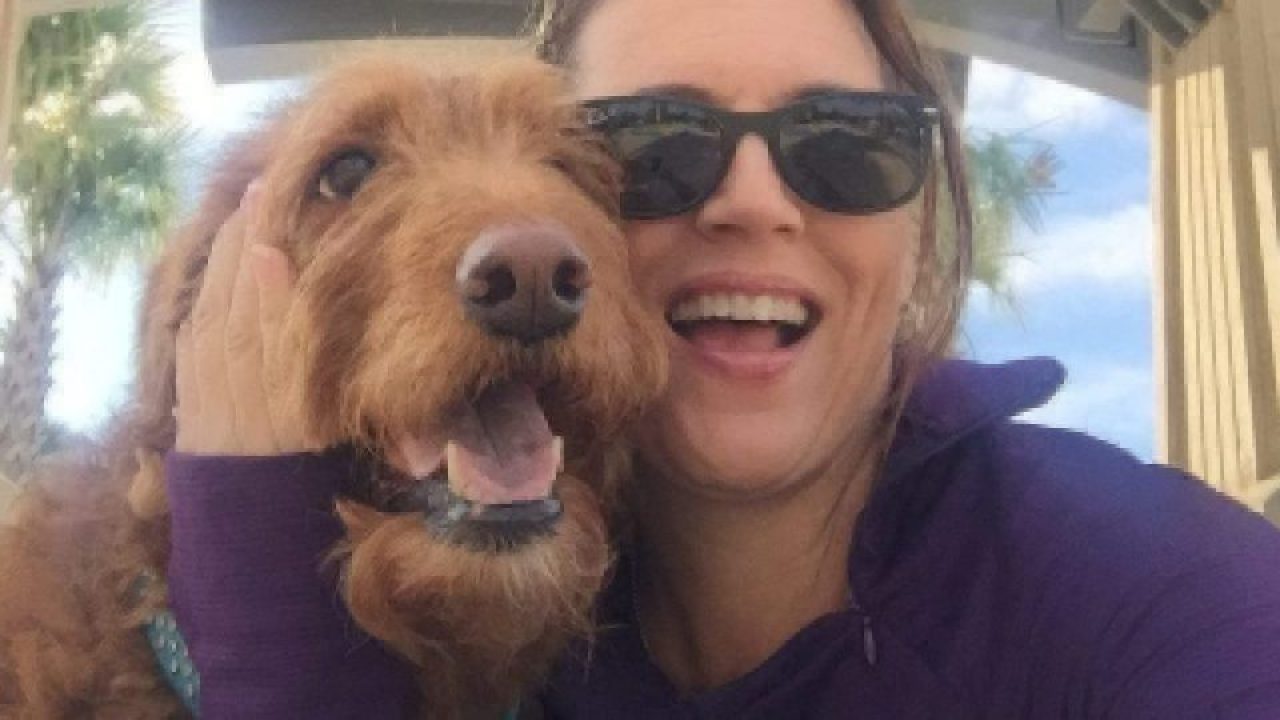 Just before Harley’s fourth birthday, pet parent Annette noticed that her beautiful Labradoodle began to have seizures. They took her to the vet and were told that Harley had a brain tumor and only four months to live. Here’s Harley’s story.

“Harley is such a sweet, wonderful dog pal to have around – always by my side, wagging her tail – she’s just super happy and a great family dog,” says Annette. Harley’s personal quirk? “Finding the perfect toy to give you when you come home or wake up in the morning is her way of showing how much she loves you. She takes great care to pick just the right one for each family member and enjoys trips to the pet store to add to her collection.” She also is a great runner: “Not only does she like to walk but she loves to run and in fact last year she ran over 600 miles and she is the best running partner anyone can ask for!”

In August of 2018, Annette noticed that Harley had been scratching her ears often and thought perhaps she was getting an ear infection. “Pretty soon thereafter, I noticed that she was not bringing me a ‘good morning toy’ and wouldn’t get up to greet us when we came home. On occasion, I would see her walk a bit sideways and I thought that it was odd.” By September, Harley started having mobility issues: “On a beautiful September afternoon we went out for a short run and when we came back, she just lay down for the rest of the day. When her dad came home, she didn’t greet him. When he called her, she got up but stumbled to the right and seemed dazed and confused.” It appeared to Annette that Harley had a seizure, so they took her to the vet where she underwent some tests, but there was nothing conclusive and they sent her home, stating she was doing better.

“That night she started circling to the right and sat dazed again. We took her to the vet for a few more tests and again, they sent her home.” Harley had another seizure the next day, which Annette luckily recorded so they could see what was happening to her – that third time they recommended Harley visit a specialist. “[The specialist] determined that yes, she was having seizures, and she would need a MRI to determine the cause.”

After the MRI and much hand-wringing, Annette and Harley’s dad were given the devastating news: “It was an inoperable brain tumor. Harley was only three years and 10 months old at the time.” She was given roughly four months to live.

“We had three choices,” begins Annette. “Do nothing and she would be gone in four months. Do a lengthy chemotherapy treatment that would get her another one to two years. Or, and this is the one we chose, was to go with a state-of-the-art treatment called Stereotactic Radiation at one of the best treatment centers in the country, Arizona Veterinary Oncology. This treatment was the best hope for giving her the longest life possible. It adds two to four years with no symptoms. The best thing about the treatment it that it’s a targeted beam of radiation pinpointed on the exact area of the tumor to eliminate unwanted side effects.”

The great news? It’s worked so far. Harley underwent a series of three radiation treatments and was sent home with a good prognosis. “I am glad to report she had no side effects and has recovered nicely!” 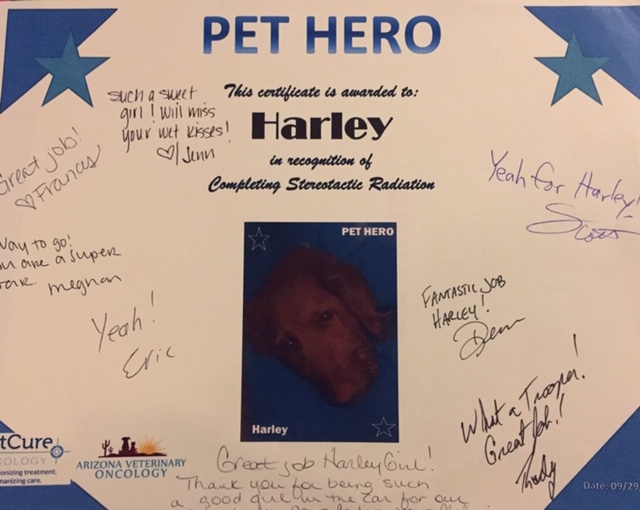 Annette’s email to Healthy Paws conveyed the emotion she must have felt. “Devastated and traumatized is the best way to describe this whole ordeal!” she explains. “My bright light was knowing that with Healthy Paws we were able to choose the best treatment possible to extend her life symptom free without worrying about how much this would cost. Each time I called Healthy Paws with a question or submitted a claim they made the whole process as easy as can be. They even sent Harley a get well card signed by employees and their animals!” To date, Harley’s claims have totaled $15,544 and Healthy Paws has reimbursed Annette $13,740.

“Harley is now going for small runs and is up to her usual bunny and squirrel chasing! She is acting like every other 4 year old dog and I am so grateful we could help her,” says Annette. “We are looking forward to two to four years of leading a symptom-free life, living her best life each day.”

Cancer and other chronic conditions need continuous care. Many pet parents rely on pet health insurance to pay up to 90% of their vet bills, so they can focus on what really matters: getting great health care for their pet. Find out more by getting a free instant quote.