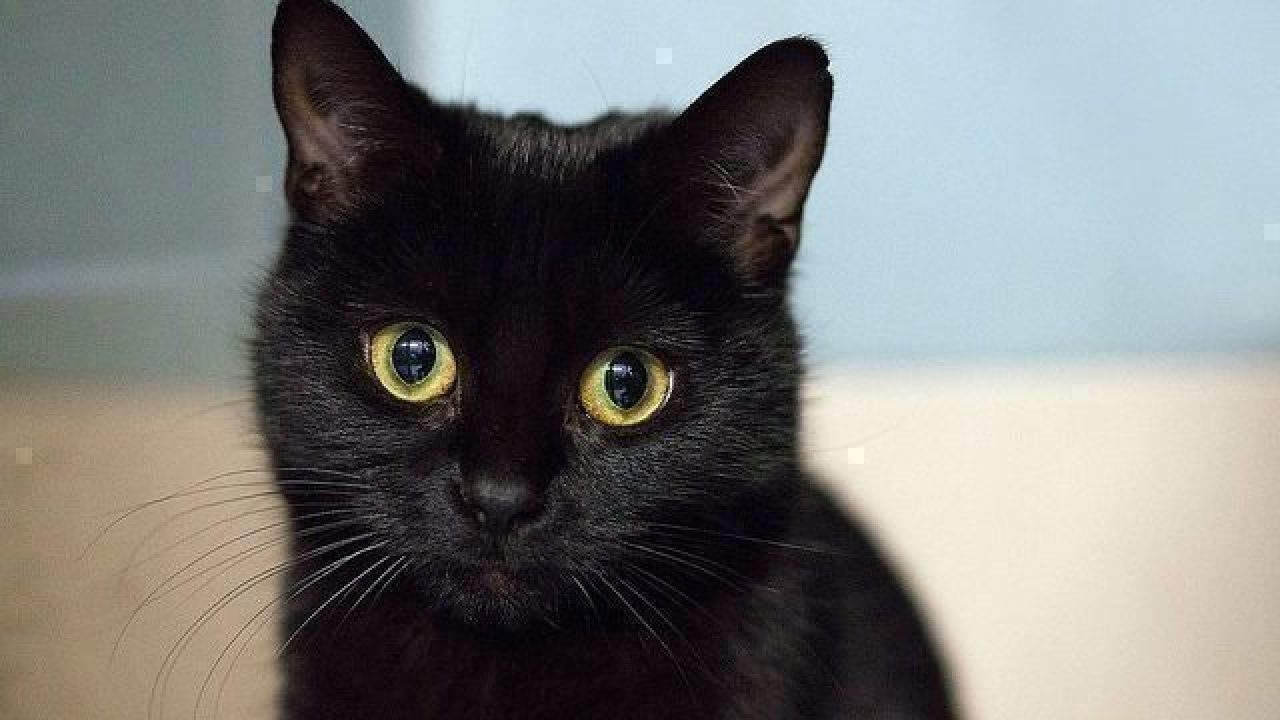 Whether it’s Black Cat Appreciation Day (August 17th) or National Black Cat Day (October 30th), these pretty kitties deserve the spotlight any time of year. The supposedly “spooky” sweeties tend to get a bad rap for a variety of false and downright weird reasons; for instance, in the past few years something called Black Cat Syndrome has been circulating around the internet, the belief that animals with darker fur are adopted less frequently. This is just one of the myths people have about these animals; get ready to forget everything you knew about black cats.

Dr. Emily Weiss writes about Black Cat Syndrome at least once a year, by popular demand. In a 2013 blog post for ASPCA Professional, she describes several studies of Black Dog Syndrome where participants rated a variety of dog breeds and colors on their friendliness. The black Lab was considered less hostile and more friendly than other breeds in one study, while in another black poodles were seen as “significantly more friendly” than their white counterparts. Dr. Weiss chalks this up to how humans stereotype dog breeds – white poodles are “yappy” while Black labs are family dogs.

Additionally, using the Comprehensive Animal Risk Database (CARDS), Dr. Weiss discovered black cats (and dogs) make up the majority of incoming shelter animals, roughly 30 percent. So unfortunately, the data says that more black cats are entering the shelter than other colors, but the end result is that while more are adopted, more are also euthanized. “It is for this reason that I urge you to take advantage of the season to run your very best black cat promotions and boost live outcome opportunities,” says Dr. Weiss. “Here are some ideas for inspiration.”

Shelters rely heavily on photographs to promote adoptable animals online and sometimes run into time and budget constraints to properly photograph pups and kitties. Whether due to financial reasons or lack of photography knowledge, many rescue groups end up displaying low quality photographs which can contribute to the perception of black cats as “unphotogenic.”

Long story short, if you’re having difficulty photographing your feline, try moving yourself to where the light is: catch kitty in direct sunlight, especially in the early morning or during the golden hour for the best lighting. And cell phones are no excuse – most of us have incredible photography apps on our phones. You can regulate exposure, add filters, and even edit on phones to truly catch a cat’s personality.

3. You make your own luck – don’t blame black cats.

It may seem silly, but old-fashioned superstitions die hard. Throughout much of the world black cats are seen as an omen of bad luck. Black cats have also been associated with witchcraft, anarchism and the devil. Maybe it’s because their (thick and fluffy) black fur makes them virtually invisible in the dark, except for their luminous green or yellow eyes. Whatever the reason, it’s obviously false that black cats cause back luck. In fact, some cultures – including British and Japanese – having one cross your path is good luck.

Black cats’ coat color can become a safety hazard, which would make it seem like they have bad luck. A black cat is nearly impossible to see at night, making him vulnerable to passing cars (another reason to keep kitty inside). Cats are also notorious for tripping up pet parents, especially at night, so try putting a jingle bell or reflective collar on your cat to increase visibility.

4. Black cats do not all look the same.

A common complaint is that you can’t tell one black cat from another – there are no distinctive markings on all-black cats. Some shelters say this is a problem, especially with kittens. We think every cat is unique! No two shades of black fur are the same; direct sunlight reveals hidden tabby patterns, silver or gold tips, and “rusting.” Some shelter cats have ear notches or scars, or very distinctive ears or whiskers. Most of all, black cats have very different personalities – find the feline that fits your family!

Poor quality photos may make cats’ identities hard to discern, but you should never rely on a shelter’s description before adopting a pet. Always visit your potential pet in person before making the final decision, even if you have to fly or drive out of state. Before joining your fur family, a new cat must meet all existing pets and get their okay.

So consider the myths surrounding black cats busted! And as our friends at Cuteness say, “They’re just kitties that want to be loved like any other cat.” Here’s to our mysterious, beautiful feline friends!

Want to know more about cat health, or even information on common cat illnesses? We break down cat health, treatments and veterinary innovation in our Cost of Pet Care report, so you can be prepared to take care of your furry friend every step of the way.