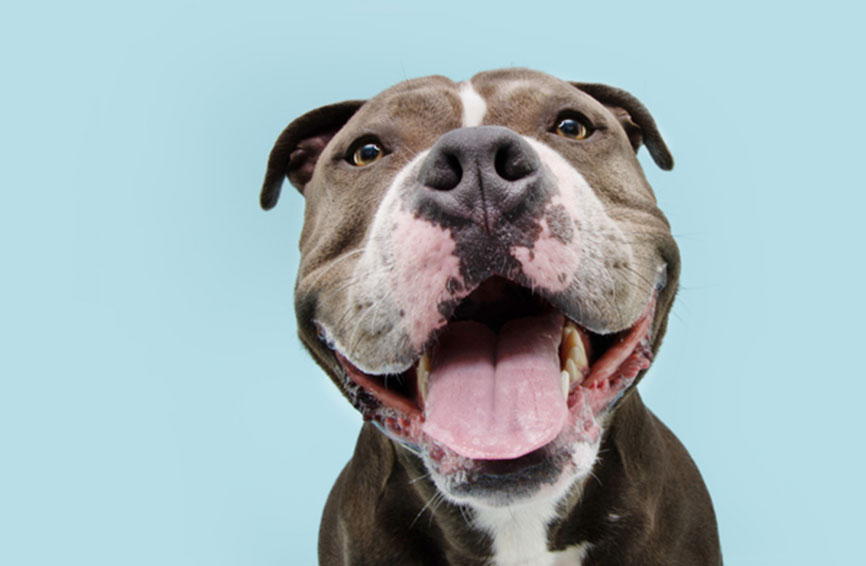 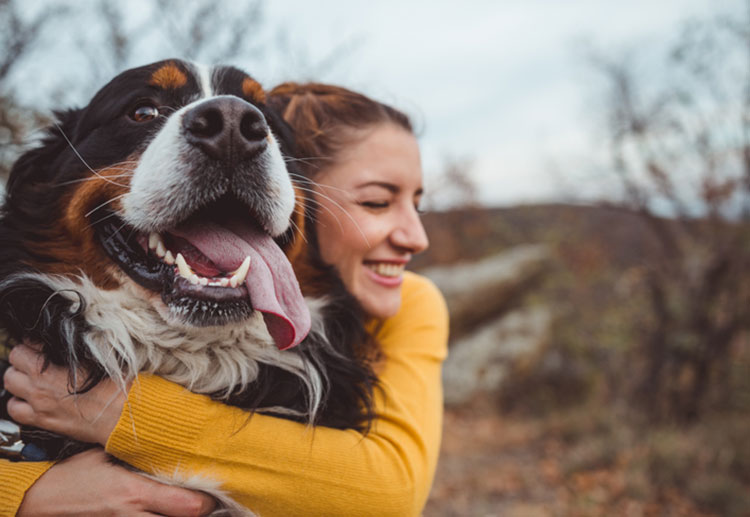 When you are playing with your dog or giving them a high-value toy or treat, they often have their mouth open with upturned lips, teeth showing, and tongue lolling.

It sure feels like they are experiencing joy and expressing it in the same way we humans do – with a big grin. But are they really smiling, or are we projecting human behaviors onto our furry friends?

With this being World Smile Day, we thought we’d dig into this age-old question.

According to dog behaviorists, your dog may indeed be quite happy in this state, but a human-style smile is not the typical way they express joy. An open mouth with tongue out is also how dogs cool off, so it could just be a matter of comfort.

The canine version of a smile is more likely to be a bouncy body, a loose tail wag, and a facial expression with soft eyes and a relaxed mouth and ears, says Sarah-Anne Reed, a holistic dog trainer, and owner of Pack Dynamics.

“It’s essential to learn about dogs’ body language – both your own and other dogs. They communicate with us in so many ways if we take the time to understand,” said Reed. “Dogs are very aware of and sensitive to our thoughts, emotions, and reactions. If we are happy, dogs sense that and usually respond by showing their joy to us in their own unique way.”

Dogs have learned to ‘smile’ for humans

Your dog’s happy play face is more of an adaptive facial expression and behavior that have served dogs well in their evolution, says Kim Brophey, certified canine behavior consultant at Dog Door Behavior Center. Dogs will sometimes appear to smile at you in response to you smiling at them, which makes us even more convinced they are grinning.

“Generally, whatever we laugh or smile at, dogs understand that this is a desired behavior and will do this to get our attention and express their own happiness. This could exhibit as a goofy grin that we love, flopping on their back for tummy rubs or doing the play bow, every dog has their own special way of communicating with us,” Reed said.

What we view as ‘smiling’ can serve to mediate conflicts, communicate deference and facilitate bonding, Brophey said. Dogs learned this social skill after centuries of observing and manipulating human behavior. She adds that they have evolved to know this expression is charming to humans, which then brings rewards such as laughter, affection, and treats. 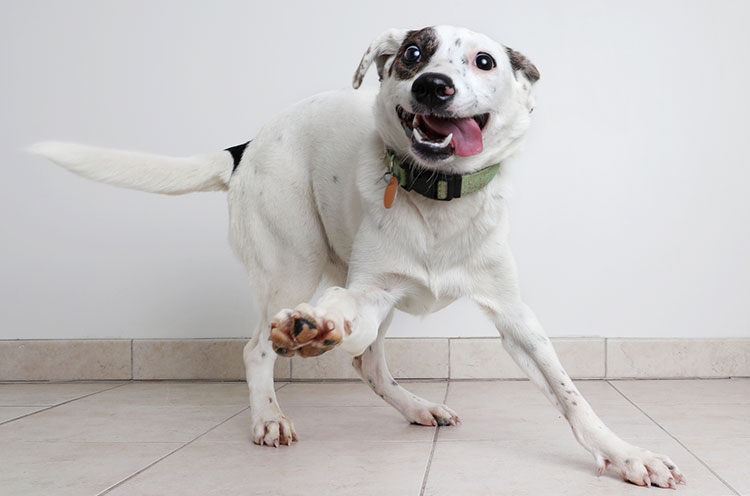 Dogs use their entire body to convey happiness. Some ways they do this are:

There is a phenomenon known as the “submissive grin,” which looks like a smile because the lips are drawn back and the teeth are exposed.  This is a deferential gesture to show you they are not a threat, according to dog trainer and author Mikkel Becker.

Sometimes people think a dog baring its teeth in this way is a sign of aggression. A dog exposing his teeth as a warning will probably exhibit other signals such as growling, a stiff body, or raised hackles.

There is some body language indicating a nervous or aggressive dog that could be confused with contentment. For example, a tail wagging at a fast tempo usually means joy, while a slow–measured beat could indicate nervousness. The key is to notice subtle differences. Canine Journal has a good visual comparison of some of these gestures.

“It’s important to remember that dogs are complex beings, just like humans, and can feel different emotions at the same time,” Reed said.

Here are some other examples, according to Reed:

Despite what the science says, if it makes you happy to think your dog is smiling, enjoy it and share it with your friends on social media. We could all use a little more joy in our lives.