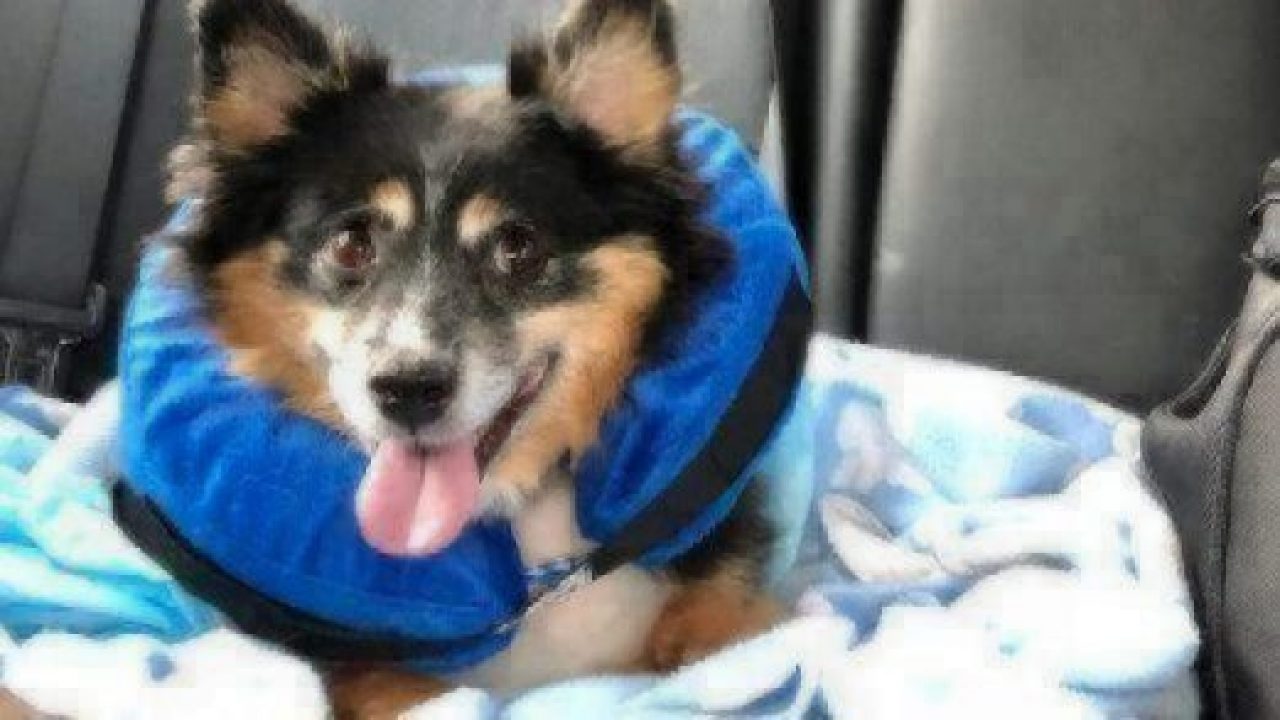 “It started five years ago when Esme, our Miniature Australian Shepherd, was only three,” begins pet parent Sandy. “A growth was found near her rectum by her groomer. It was thought to be your standard, everyday lipoma, which is a common, harmless fatty tumor that can often just be left. But because of the location of her tumor, it was decided it should be removed.” During surgery, it became clear that this wasn’t a ‘common lipoma’ but instead, a ‘rapid growing infiltrating lipoma’. “Those will just keep growing anywhere there’s room – into the spine, between muscle tissue, etc. – and they have to be removed, and since they were unable to get clean margins around it, Esme then had to undergo radiation to kill off remaining cancerous cells which will grow back.”

Sandy and Esme traveled almost 300 miles to a specialist (“People thought we were crazy. ‘It’s a dog’, we kept hearing. No. She’s a living being with a name and a personality. She has a very special place in our home and hearts,” explains Sandy). They began three and a half weeks of Monday through Friday radiation to complete the full protocol is 18 treatments. “Every day we took her in for her radiation while she made it known exactly how she felt about it. She did not like it and made a daily spectacle of herself!”

Esme did well under radiation, suffering only a few burns and fur loss. “She recovered well but as luck would have it, she ended up needing knee surgery on her leg a year later. It would slip out of its socket and not go back in. A result of radiation damage? Maybe. There are unknowns with radiation.” 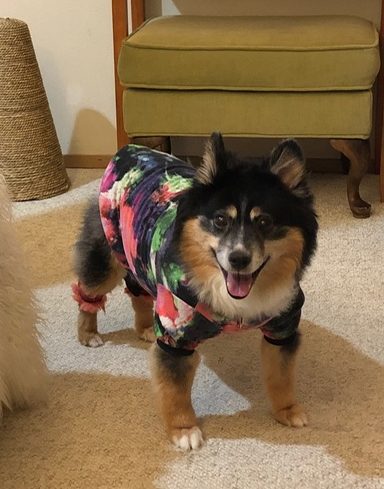 Esme lived as a survivor for four years until Sandy noticed she was having difficulties going to the bathroom. “I took her to her vet and her tumor had returned, and this time, it was much larger.” Not wasting any time, Sandy brought Esme back to the specialist where she underwent a four hour surgery to have it removed. “Again, they were not able to get clean margins around all of it and to get at it, they had to cut through her pelvic bones and part of her thigh muscle, so the recovery was grueling and we were not prepared for how much care was needed!”

Two months after the surgery, Esme started undergoing radiation again. A shorter 15 session treatment protocol was a possibility this time. “Most dogs don’t get radiation treatment twice in their lifetime because cancer usually happens later in their lifespan,” says Sandy. “She was still only eight years old and could have another four to six years if her cancer was treated. And leaving it was not an option as it was already causing immediate problems.”

She survived the surgery and radiation treatment, and now is a few months post-radiation. Sandy continues: “She’s almost back to normal. I have to give her Metamucil with every meal to keep everything flowing – they were worried about strictures in there. Even though she’s hobbled at her rear ankles due to the pelvic and thigh surgery, she’s back to chasing the cat and playing tug-of-war. She will always have to wear the hobble because she has zero lateral strength in her right rear leg and on slippery surfaces, it wants to splay straight out. But we can live with that. She’s happy and healthy.” 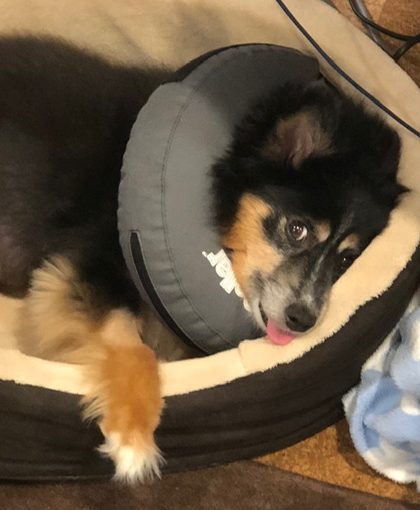 Esme was enrolled in Healthy Paws pet insurance just six months prior to her first cancer diagnosis due to Sandy’s late husband’s prompting. “He knew if she got injured or sick that we would do whatever it took to ‘fix’ her. Through it all, Healthy Paws has been our lifeline! It became apparent from her first surgery that we would not have to argue or quibble with Healthy Paws ever. Our claims would be processed quickly and our reimbursement checks would arrive within days of processing. I cannot tell you what a relief it is to be able to make decisions based on what is best for Esme and not paying my rent.” Healthy Paws has reimbursed Sandy $20,351 of her $24,112 vet bills for various surgeries and cancer treatments among other claims throughout the years.

“While I am handing out praise, it’s only right that I give credit to the wonderful [vets] at Washington State University as well. They are amazing people and I highly recommend them,” says Sandy. Even though she disliked it, we’re sure Esme would agree!