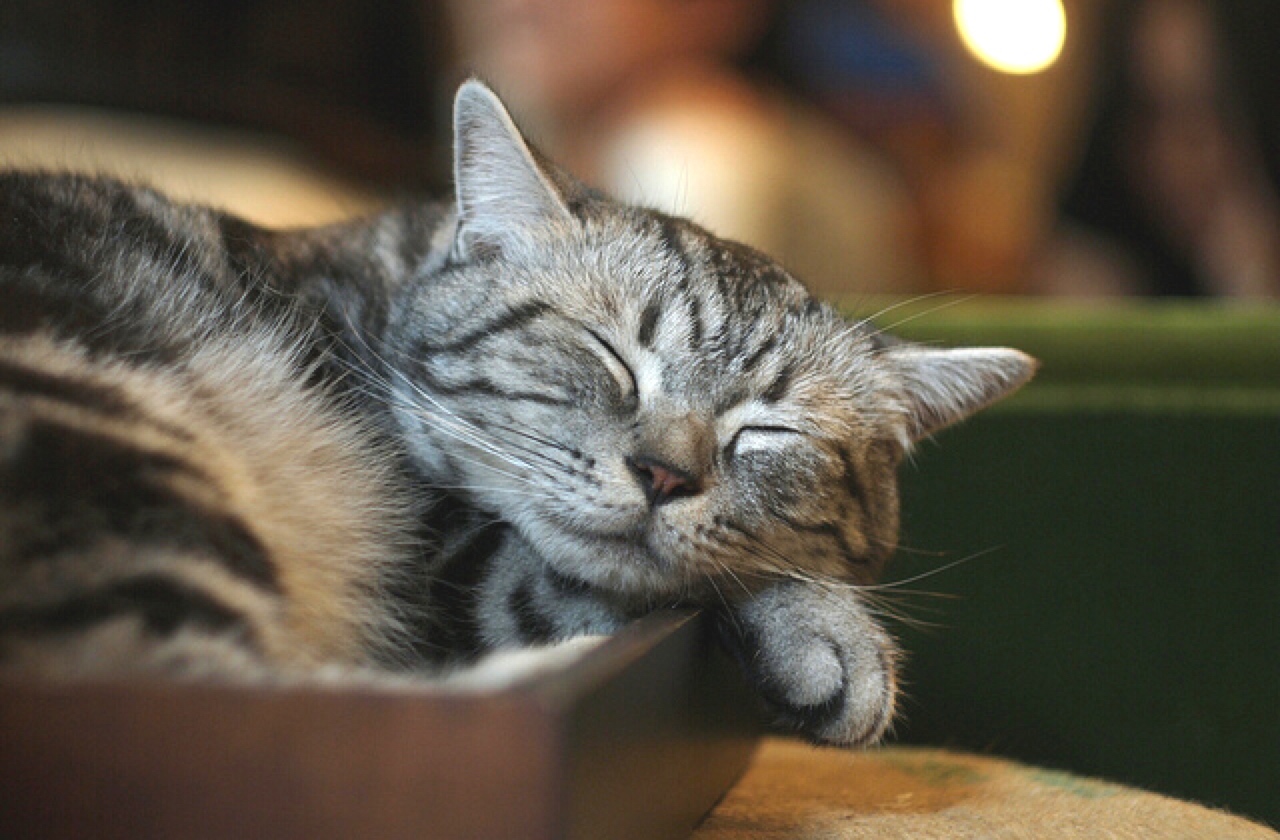 Chicago is the latest in a series of U.S. cities to give in to feline domination. Cat cafes are popping up across the country in an effort to promote pet adoption and help the pet-less get some quality cuddle time.

Cat’fe, which shares its name with establishments in Los Angeles and Vancouver, BC, is due to open in Chicago as part of Tree House Humane Society’s new $7 million complex. The coffeehouse will serve caffeinated beverages and snacks, like most of its kind. However, they’ll be in the company of several adorable, affectionate cats that are up for adoption through the group. 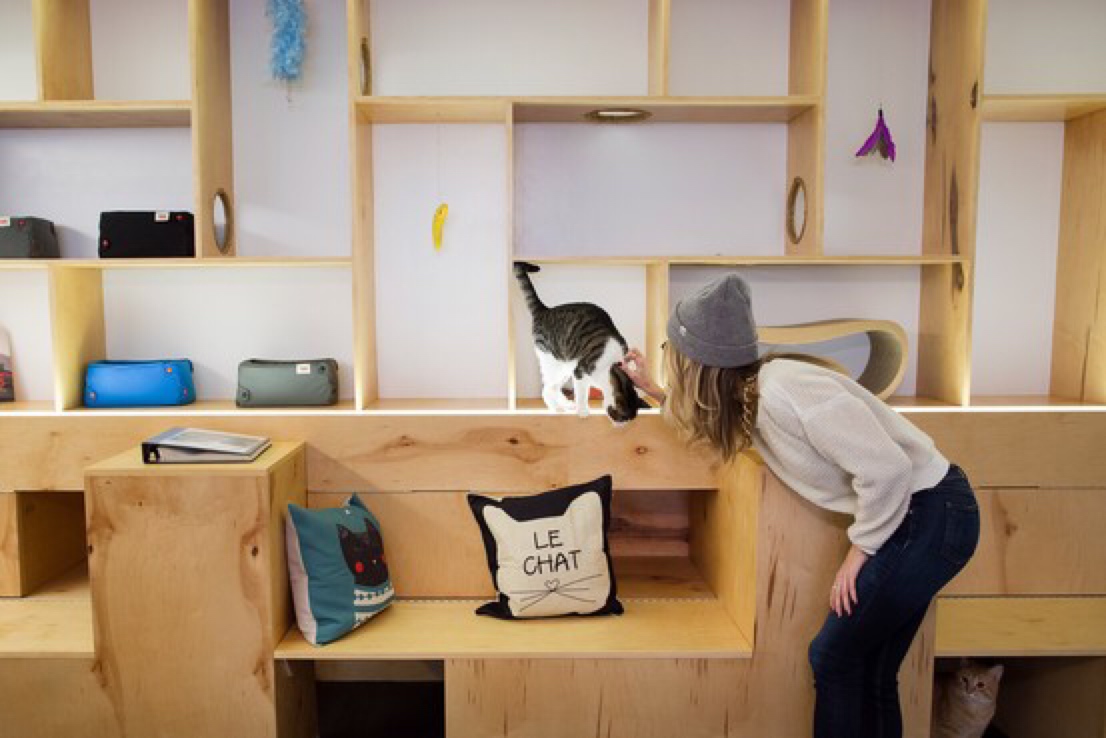 Meow Parlour is a cat cafe in the heart of NYC. (Agaton Strom / Wall Street Journal)

The first cat cafe in North America was founded in Montreal in 2014. Le Cafe des Chats—The Cafe of Cats, for non-francophiles—aims to provide a home for its eight resident cats, who were adopted from the Montreal SPCA. There are are many house rules, and other pets or children under five are not allowed.

There are currently 24 cat cafes open or in development across the United States, including the following in major cities: 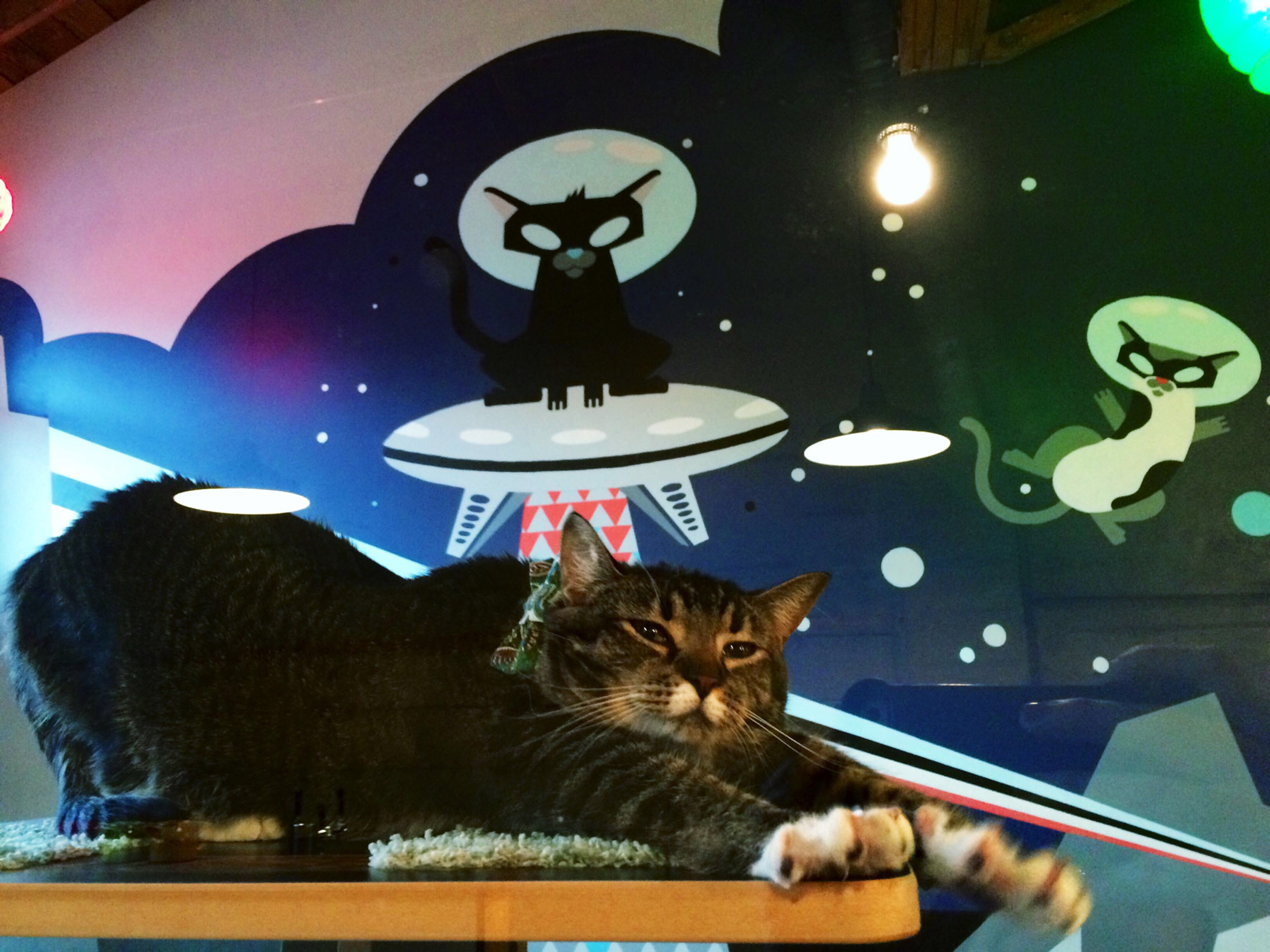 A furry inhabitant of Purrington’s Cat Lounge in Portland. (purringtonscatlounge.com)

Some cat cafes have entry fees to raise funds for their furry inhabitants. Purrington’s Cat Lounge in Portland charges $8, which goes directly to the cats’ care. Many require reservations for quality kitty time, so always call ahead or check the cafe’s website.

Many are heralding cat cafes as the new frontier for pet adoption. While many the inhabitants of U.S. cafes are adoptable, some are not. Cats tend to go fast, as people quickly fall in love with their cuddly companions.

With the advent of crowd-funding websites like Indiegogo and Kickstarter, many cat cafes are turning to the masses for startup cash. A quick search for “cat cafe” on Indiegogo reveals dozens of results. Catmosphere Sydney is one of the few lucky projects to reach its funding goal.

Bob’s World Cat Cafe is another newcomer. Based in London, its founder is none other than James Bowen, author of the cat-centric book series “Street Cat Named Bob.” The cat cafe will feature lectures from veterinary specialists and all proceeds will go to the cats.