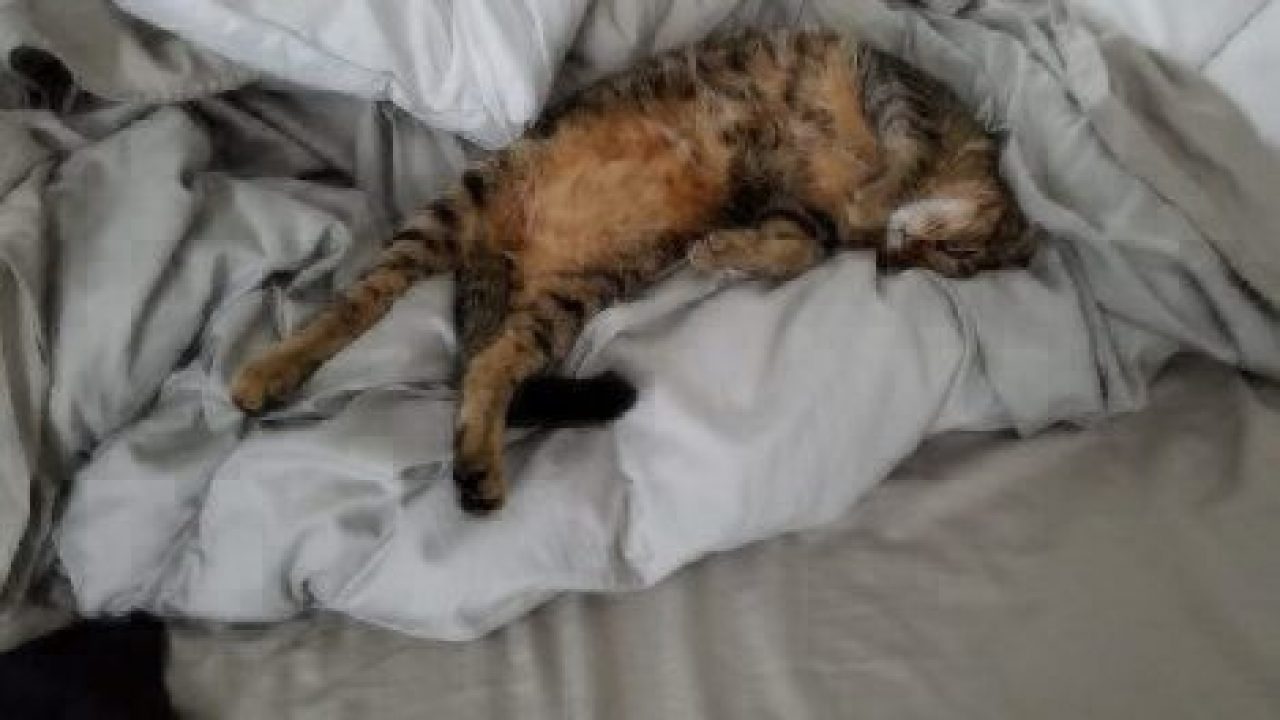 Multi-pet families are popular at Healthy Paws, especially with kitties (or a combo of both cats and dogs!). We contacted one such family to find out their experience with one of the most common reasons to visit the vet: ear infections. Here’s their story.

“Gus absolutely loves belly rubs and is constantly sitting on the couch next to me trying to get them!” says pet parent Susanne. Gus came into their family at only 6 weeks old, along with his brother Iggy. “We adopted both a week after we lost our 16-year-old cat, Salome, who had severe kidney disease.” 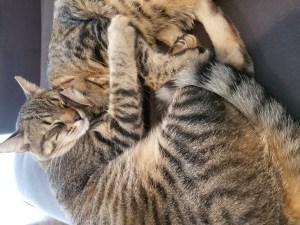 Susanne describes meeting Gus as part of an adorable litter of four kittens at a shelter, including Gus, Iggy, and their siblings Sienna and Buddy. Iggy clawed his way up her leg and Gus claimed Susanne’s husband Eric. “When we brought Gus home, he weighed around 2 lbs. He has grown so much in less than a year and he loves to eat. We always have to keep an eye on him to make sure he doesn’t eat Iggy’s food in addition to his own. He is now 10 months old and weighs around 12 lbs., so he is a big boy!”

Shortly after adopting Gus, his family noticed an odor and discharge from the ear, and would sporadically tilt or shake his head. “I made an appointment with our vet, the same vet who treated Salome, and we brought him in,” begins Susanne. “Our vet did a thorough exam of his ear and noted the smell and discharge, along with a slight head tilt. She took a culture and as it turned out, he had a very bad ear infection. By the time we got him to the vet, there was actually a hole in his eardrum, so I am sure he was in a lot of pain as well.”

Whether caused by ear mites, rashes or allergies…to bacterial infections, or even cancer or cysts, ear infections are one of the top ten most common conditions for cats, ranking at #6. There are three levels of infection, depending on the part of the ear afflicted: Otitis Externa (outer ear), Otitis Media (middle ear), and Otitis Interna (inner ear). While Otitis Externa can be painful, it is Otitis Interna that can cause not only deafness, but neurological damage as well. Symptoms are usually itchy ears, discharge, odor, or that tell-tale shake Susanne mentioned.

Gus was immediately put on antibiotics and pain medicine, and had some follow up appointments to make sure his eardrum healed properly, which is the usual veterinary regimen for an ear infection. Sometimes vets will administer an ear wash in conjunction with antibiotics, or a BNT treatment, which is a tube of medicine you app 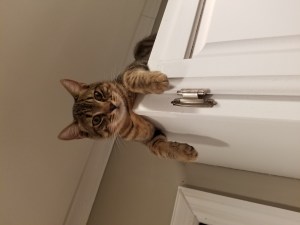 ly to the ear. Cats with allergies are more prone to ear infections, as well as those with extra floofy fur that grows into the ear canal. Preventing infection is easier said than done, but you can have your cat’s ears checked and cleaned regularly.

“As it turned out, [pet insurance] was an important investment when Gus got his ear infection at only a few months old,” says Susanne. “We easily spent over $10,000 between vet visits, intensive care, and meds for Salome’s kidney disease. At that time we didn’t have pet insurance and paid everything out of pocket. I am sure a lot of people would never dream of doing that for a pet, but I loved Salome like my child and I was determined to do everything I could for her as a responsible pet owner!” To date, Gus’s ear infection totaled $3,782 in vet bills, and Susanne was reimbursed $2,633.

Kitties can get sick or injured whether they are kept indoors and roam outside. Knowing and recognizing the symptoms of common injuries and illnesses helps to prepare a pet parent, and signing up to protect your pet with pet health insurance is one of the best things you can do (both for your pet and for your wallet!). Start by getting a free quote today. 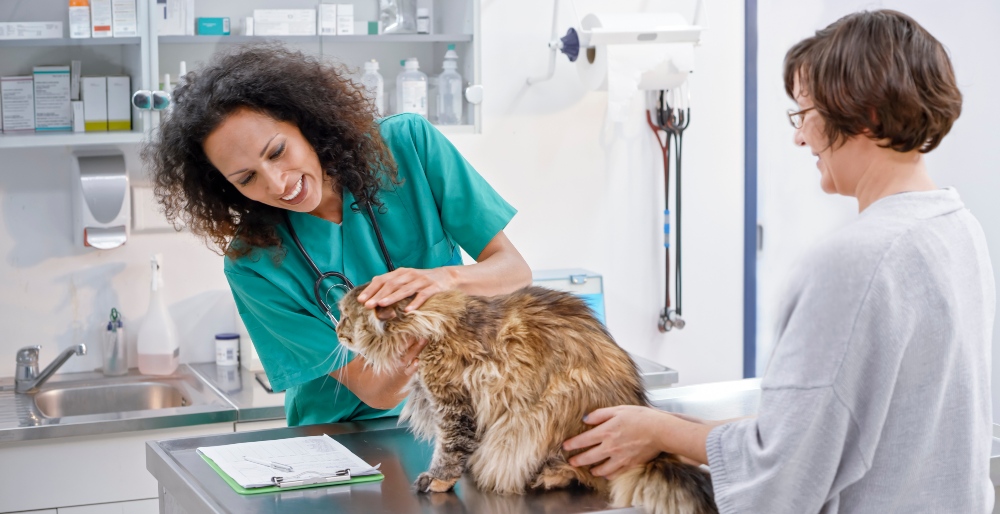