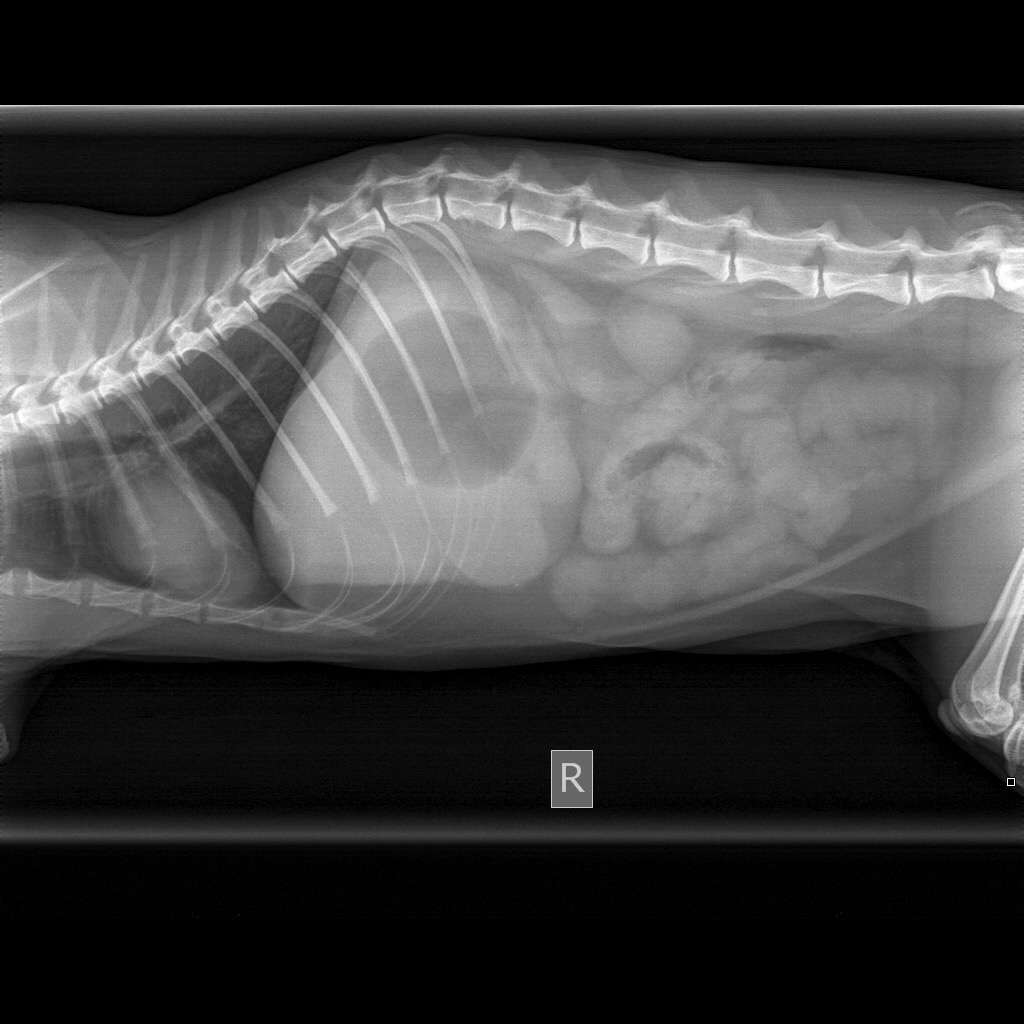 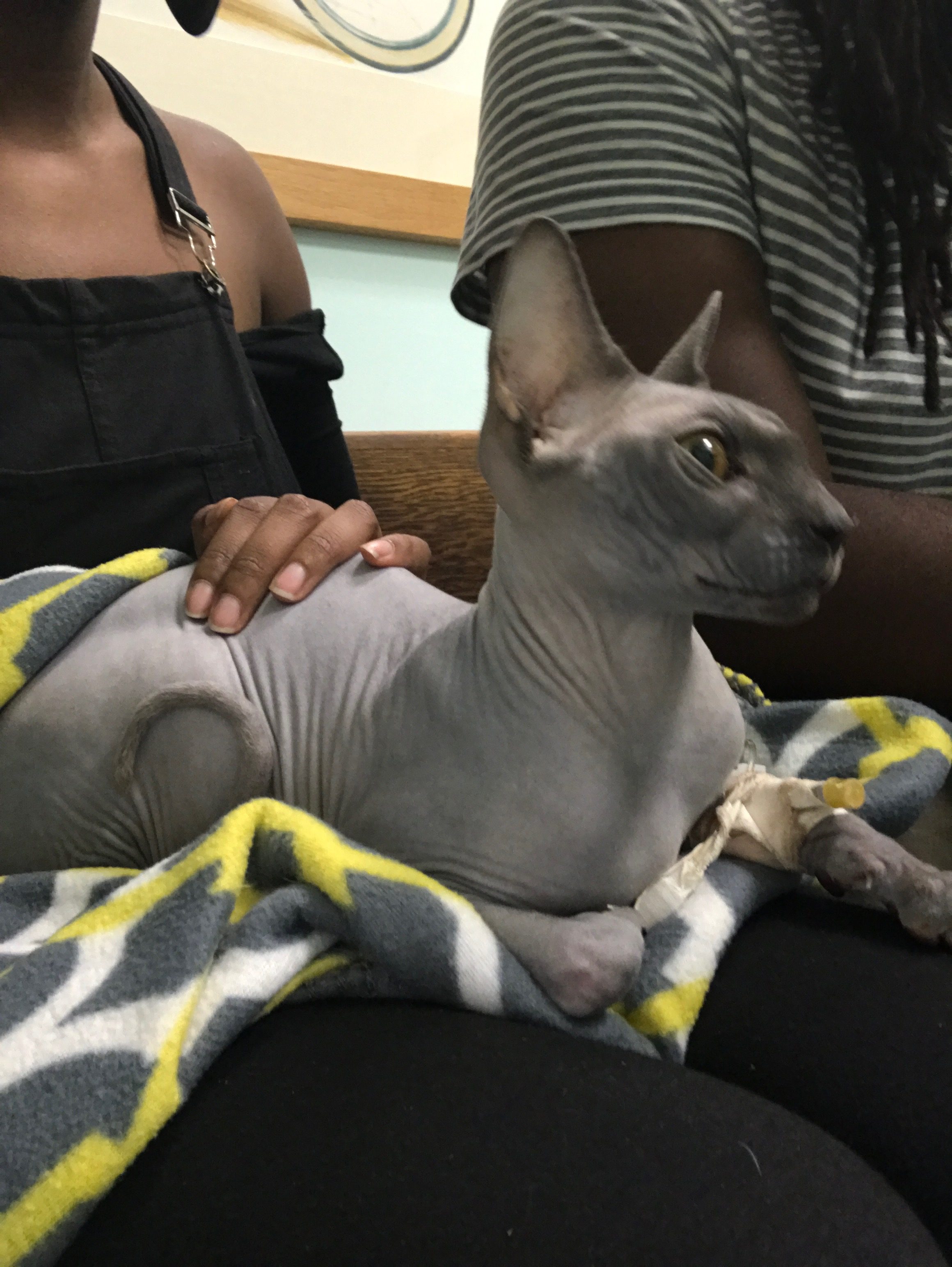 It’s not just wily pups who eat things they shouldn’t – cats have their own track record of foreign body ingestion. From thread to hairballs, kitties commonly have complications from swallowing the wrong thing. One pet parent, Taylor, got quite the scare when her Sphynx cat, Dixon, was hospitalized for foreign body surgery.

“About two weeks before his first birthday, Dixon seemed to be acting unusual,” explains Taylor. “He had not come to join me in bed the night before – and then seemed tired and lethargic the following morning which immediately unsettled me because it was so out of character.”

Taylor left for work but “I didn’t make it two train stops before my gut told me to turn around and go home.” She’d only been gone about 20 minutes but walking through the door, she found a very sick Dixon. “I followed a trail of vomit to the little hut at the top of the cat tree. Panicked, I called my mother who rushed over. Dixon had gone limp, was in and out of consciousness and even bubbles had started to come from his nose!” They rushed to the vet, where they confirmed that there were no foreign bodies, however “there were air bubbles and bunching of his small intestines like the drawstring of a hoodie once the cord has been pulled. The idea of surgery made me weak in the knees.”

Named after the “scrappy and gritty Darryl Dixon” from The Walking Dead, Taylor says her cat lives up to both that name and reputation. He stayed strong and after the second day of treatment, vets discovered the tip of a bakery string that was under his tongue and came all the way out the other end! “It literally traveled through his entire digestive tract and got stuck,” says Taylor. “They were able to surgically remove the string.”

Taylor had already called Healthy Paws and informed a customer care member of her situation. “They immediately got on the phone with the hospital, built a relationship, assured payment, doing everything with what seemed like genuine concern. They then called me daily to see how Dixon was doing and to ensure that progress was being made!”

During recovery, Taylor was called into the hospital: “it came to a point where the hospital called me to come see Dixon because his spirits seemed low. He wasn’t eating and it was important to get his digestive track moving. When he saw me, I could see his spirit lift, and I sat with him and fed him. He was skin and bone, and my heart broke! It crushed me to see him so thin, but I was overjoyed that he was alive and getting another step closer to recovery.” She continues, “He pushes to be aware, and encourages me to slow down and as shown me what it’s like to fight and bounce back with even more energy than before.” 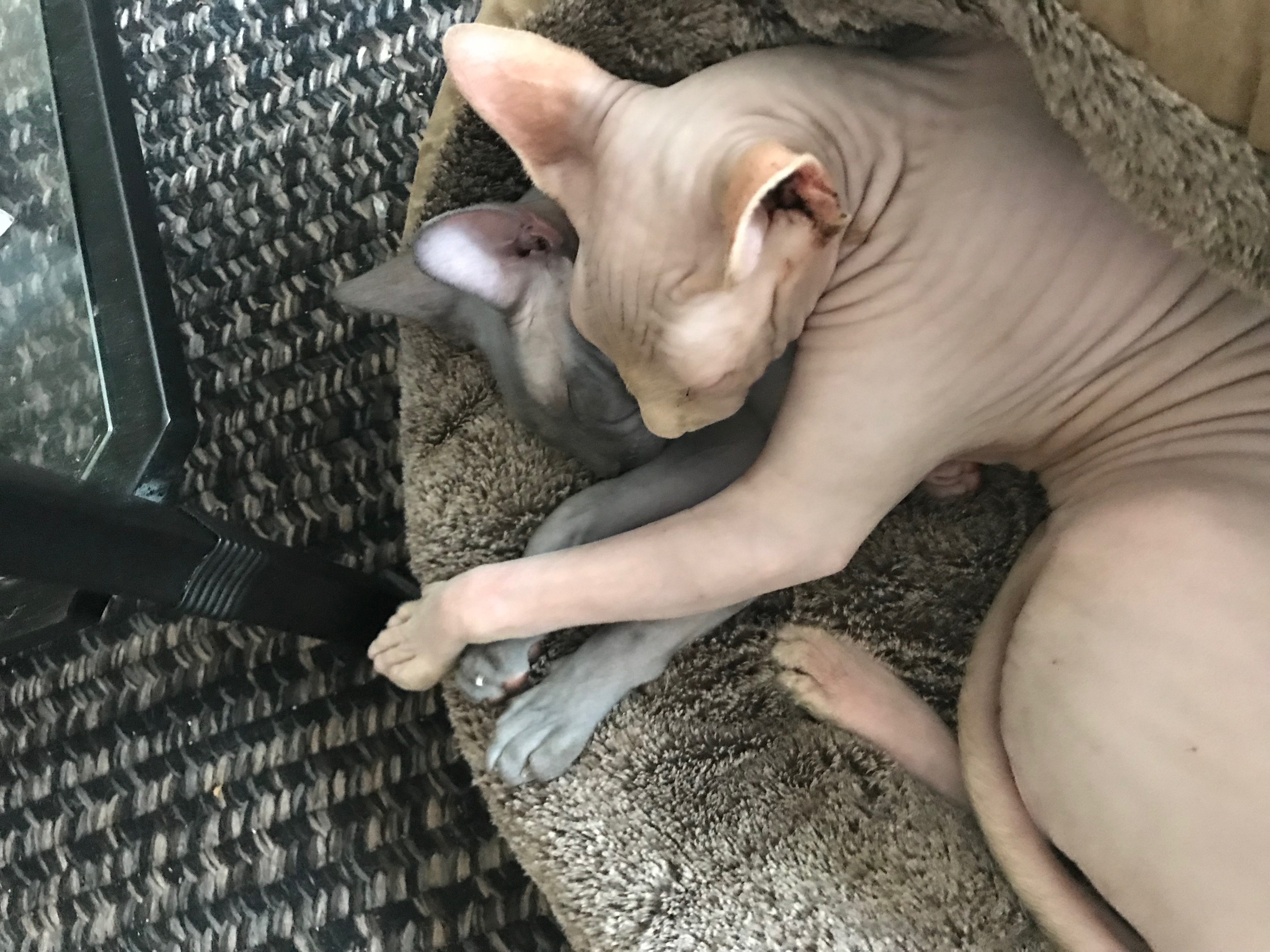 If you notice your cat has a painful abdomen, vomiting, diarrhea, lethargy, and shock, get to the vet immediately. Linear foreign bodies like threads or string can be especially dangerous if they become wrapped around the intestines. Your vet will run diagnostic tests, including blood work and a urinalysis, before x-rays and ultrasounds. Surgery is very common for linear foreign bodies.