Blog / Community / Battle of the Boxes – KitNipBox vs. MeowBox
Community

Battle of the Boxes – KitNipBox vs. MeowBox 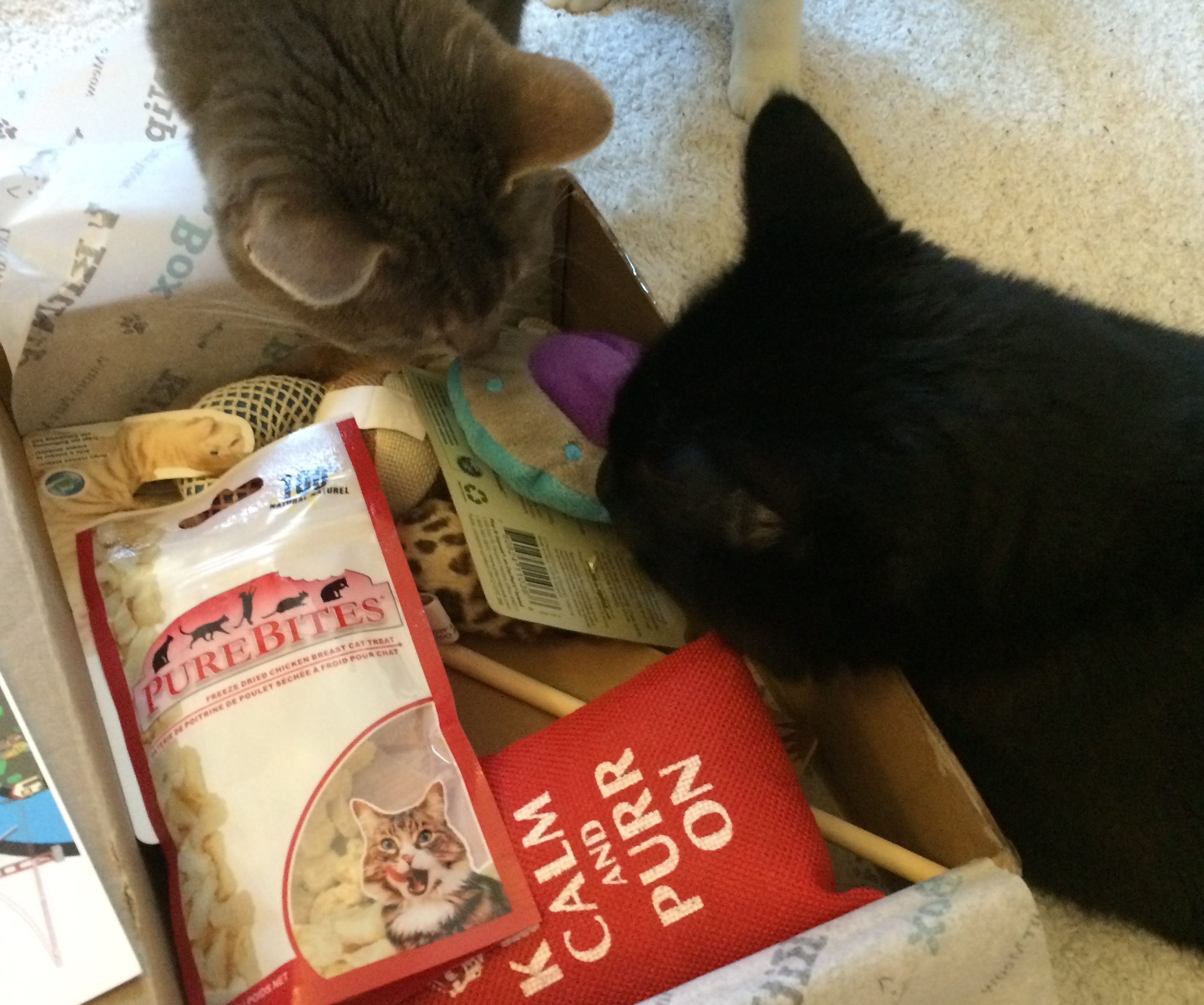 When pets are an important part of our family, we want to spoil them with as many toys and treats as we’d give to a human child. As a result, subscription boxes of dog and cat toys and treats have increased in popularity, with literally dozens to choose from. Today we’re revisiting two popular cat subscription services: Meowbox and KitNipBox.

Two of our staffers, Haley and Sophie, spent a week testing out the contents of each box with their kitties. Here’s what we learned: 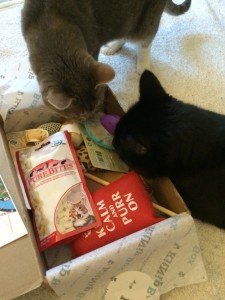 Ships to: US, Canada, United Kingdom

The KitNipBox also received a lot of attention before the cats even laid eyes on the contents. “Rodney dove into the box and spent 15 minutes shoving his face into all the toys,” said Sophie. “My kitties were much more excited about the KitNipBox than the Meowbox.”

The KitNipBox was of similar size to the Meowbox (review below), with six toys and one bag of treats. This included a few plush catnip toys, a teaser toy with a feather on the end (always a crowd-pleaser), and a crinkle toy for those kitties that enjoy a noise-making plaything.

For something tasty, the chicken liver treats that came in the KitNipBox were an across-the-board favorite. One of Sophie’s cats actually demolished the package to get at the treats. Now that’s a rave review!

Haley and Sophie called out the feather teaser-toy as the #1 toy between the two boxes, but unfortunately they both had issues with that particular item breaking within the first days of use (though they say it was easy enough to tie back together). Haley’s kitty preferred this toy out of all the toys from Meowbox and KitNipBox combined, and still drags the teaser into the bedroom every morning to play with it.

While the quality of the toys in the KitNipBox may have had a stumble, the lower price-point could not be beat. 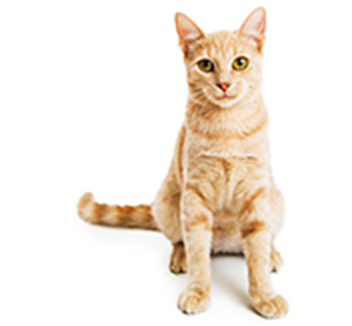 Healthy Paws Pet Insurance covers up to 90% of vet bills for your dog—don’t miss out!

Healthy Paws Pet Insurance covers up to 90% of vet bills for your dog—don’t miss out! 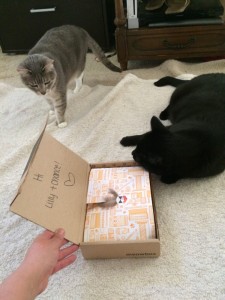 Ships to: US and Canada

The Meowbox was an immediate hit. Haley’s kitties, Lilly and Chance, we’re drawn to the box before it was even opened. “Lilly could not leave the Meowbox alone. She got on the counter and rubbed all over the box,” Haley said. “It’s clear the catnip inside was fresh and strong.”

Upon opening, each pet parent was greeted with a hand-written message with their kitty’s names, giving the box a personalized feel from the get-go. Sophie’s cats, Rodney and Simon, seemed to enjoy the packaging as much as the contents: typical box-loving cats!

The box contained five goodies for the cats: one bag of treats (the cleverly-named mint Meowjitos) three catnip toys, and a knit teaser toy. Also included was a treat for the parents: a cute pair of cat-print socks. “I like that they included something for me,” said Haley. “We’re the ones paying for it, not the cats!” Sophie agreed, adding, “They do a good job of appealing to the pet parent, too.”

Overall, both Haley and Sophie were pleased with the contents of the Meowbox, noting that while the treats received mixed reviews, every one of the toys was enjoyed, at least for a while (cats can be fickle, as we all know). Sophie was especially happy with the variety of shapes and sized the toys came in. “Simon was declawed in the shelter, so finding toys he can grab onto is difficult. The length of some of the toys in the Meowbox allowed him to hold onto things with his arms instead of his [non-existent] claws.”

Both cat moms also appreciated the quality of the toys included. “The toys looked hand-made, not mass-produced,” Sophie said. Haley added, “Every product came with a business card so I knew where to go to order more. It seems like these toys were produced by smaller companies, which I’m happy to help support.”

Overall, both the kitties enjoyed a little something from each box – cats just love their catnip! Both reviewers noted that the boxes offered a fun opportunity to try treats and toys that they might not otherwise purchase themselves.

Ready to try one of these boxes for yourself? Get more info and subscribe to Meowbox or KitNipBox. 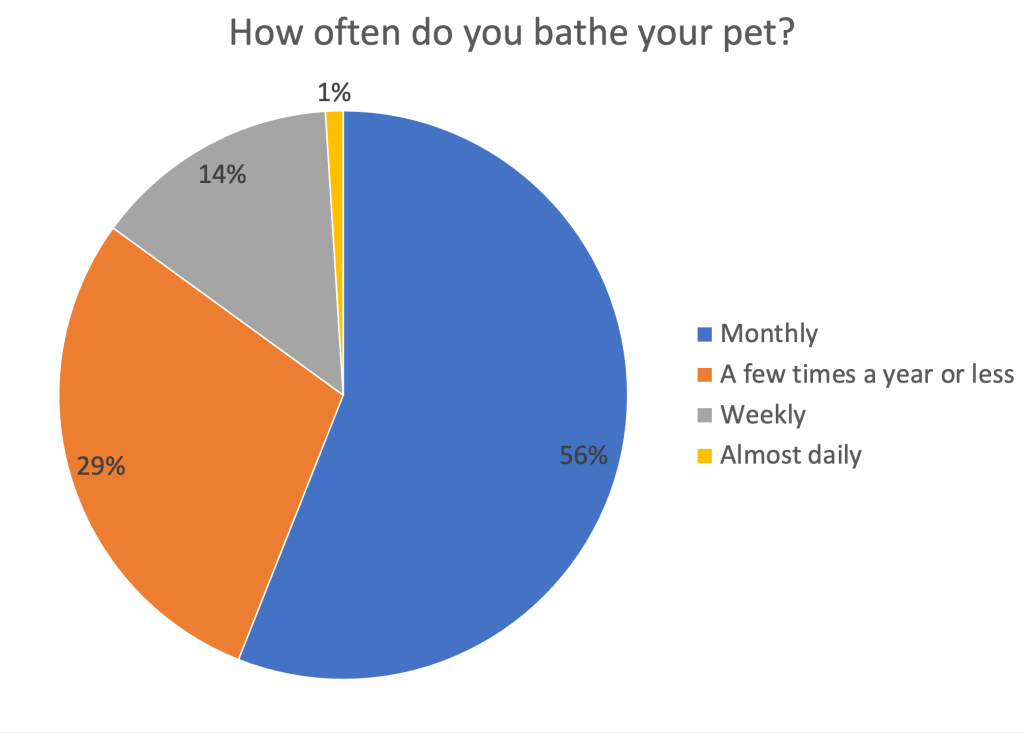