Blog / Community / Pet Fun / Coming to a Theater Near You: Cat Videos on the Big Screen
Pet Fun

Coming to a Theater Near You: Cat Videos on the Big Screen 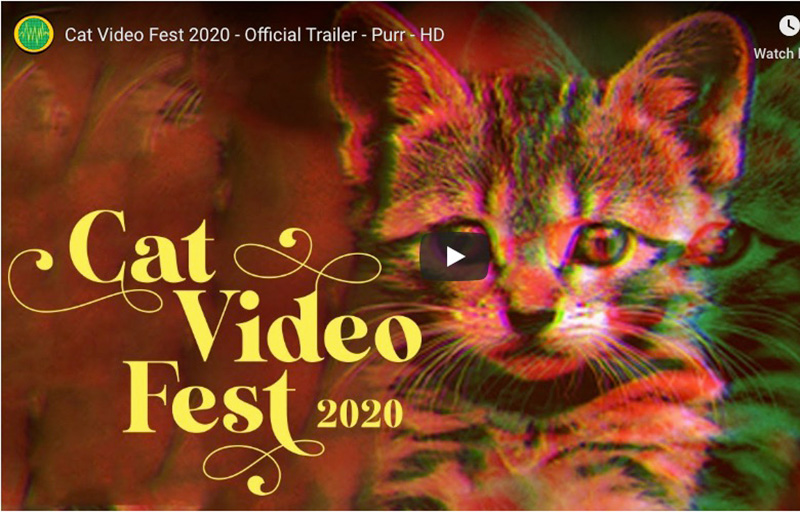 Cats practically invented the internet, so online cat videos have been a thing since 2005, when YouTube co-founder Steve Chen uploaded a video of his cat playing with a rope. Since then, an estimated 2 million cat videos have been shared, collecting about 24.6 billion views.

Until now, these crazy felines have mostly been relegated to the small screens of desktop computers (but never at work, right?) and the even tinier screens of mobile phones.

That all changes this weekend with the release of Cat Video Fest 2020, a 70-minute compilation of the best cat videos, showing in independent theaters all over the U.S. for a limited time. You won’t be able to watch the film streaming online, at least for now, so find a theater playing it near you here.

It’s actually the second year of Cat Video Fest, but this year’s version promises to be “bigger and bolder.”

“CatVideoFest curates a compilation reel of the latest, best cat videos culled from countless hours of unique submissions and sourced animations, music videos, and, of course, classic internet powerhouses,” is how the producers describe the project.

What we like best about this project is that a portion of the proceeds from the screenings will go to local cat charities, animal welfare organizations and shelters.

Some theaters are also supplementing the showing with extras. For example, at the Seattle International Film Festival showing in Seattle this weekend, the theater is promising free cat swag and giveaways, cat experts from the Progressive Animal Welfare Society (PAWS) and the chance to create your own cat toy from scratch. Also, on Saturday, the celebrity kitty Klaus the Cat will be on hand to take selfies and rub whiskers.