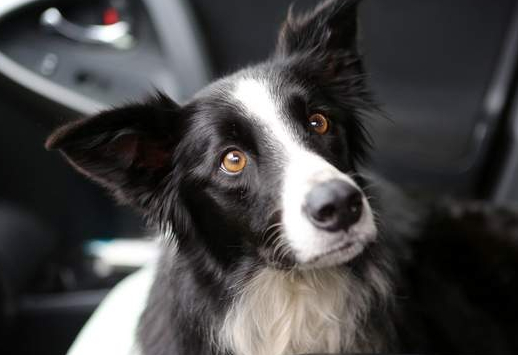 A 7-year-old border collie named Katie is home recovering in Eastern Washington today after an incredible ordeal during which her pet parents Carole and Vern King spent nearly two months away from home searching for her.

The feel-good story, which has gone viral in the last week, is a reminder to us at Healthy Paws of just how much pets are family and how far some people will go to save them.

The story started in August when the Kings had traveled to Kalispell, Montana and left Katie in their hotel room while they went to a stock car race, according to the New York Times, one of several national media outlets to pick up the story.

When they returned to their room they were shocked to see that Katie had somehow opened the door and escaped, possibly spooked by a thunderstorm. They faced a daunting task: the rural Montana community is surrounded by fields and forest and is near Glacier National Park, an overwhelming amount of space for Katie to run.

Life on hold for an expansive search

For the next few weeks, they pulled out all the stops, spending hours each day combing the neighborhoods and wilderness calling Katie’s name, posting hundreds of flyers, a plea on Facebook, and fielding calls from people who thought they had sighted her.

When Carole King could not get a leave of absence from her job as a postal worker, she quit. Her dog was much more important than her job, she told the media.

Numerous strangers in the Kalispell community stepped up, helping them to search and offering a place to stay.

As the days and weeks wore on, they began taking more extreme measures. They installed two game cameras to record any activity. They bought night-vision goggles and an animal trap, hoping to lure Katie with cheese sticks into the cage. They left sweat-infused T-shirts they had worn at strategic locations, as well as Katie’s blanket and dog bowl, the Times reported.

The couple even brought in hair shavings and a bit of manure from their horses back home and spread it near traps and other places, hoping familiar smells would attract Katie.

Frustration, then a break

None of it worked and the couple was running out of hope. Vern King had to return home to care for other animals and their ranch, but he urged his wife to stay and keep looking a little longer.

Carole King had decided to stay in Kalispell only a few more days when she finally had a stroke of luck. One of the locals who knew about Katie spotted her in a subdivision and called Carole. Carole came and sighted Katie lying in the shade of a tree in a nearby field. She called to her and Katie came running at full speed and leapt into her arms, the Times reported.

Katie had lost 15 pounds, was severely dehydrated and covered with burrs— but she’s expected to completely recover.

On the Facebook page Carole had created to get the word out about Katie, she said the kindness of strangers had kept her going and helped her keep faith.

“It has been an amazing journey with each and every one of you in my search for Katie girl. The support from total strangers in helping find Katie was unbelievable. Your encouraging texts and calls kept me hopeful when I hit an emotional wall. I want to thank everyone, whether I met you, you shared information or posted flyers. Everyone played a part in Katie’s return, thank you all for your kindness and time,” she wrote.