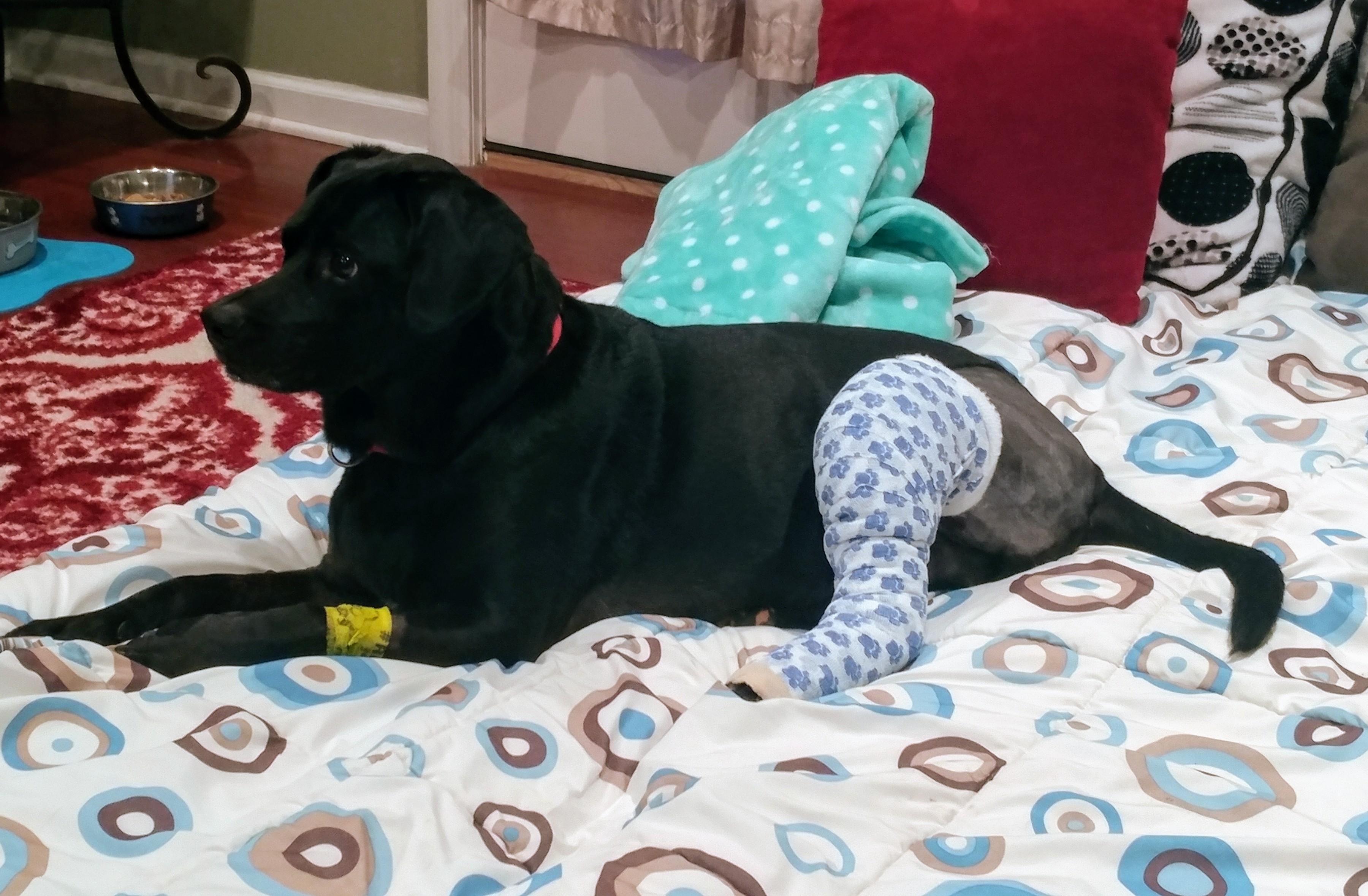 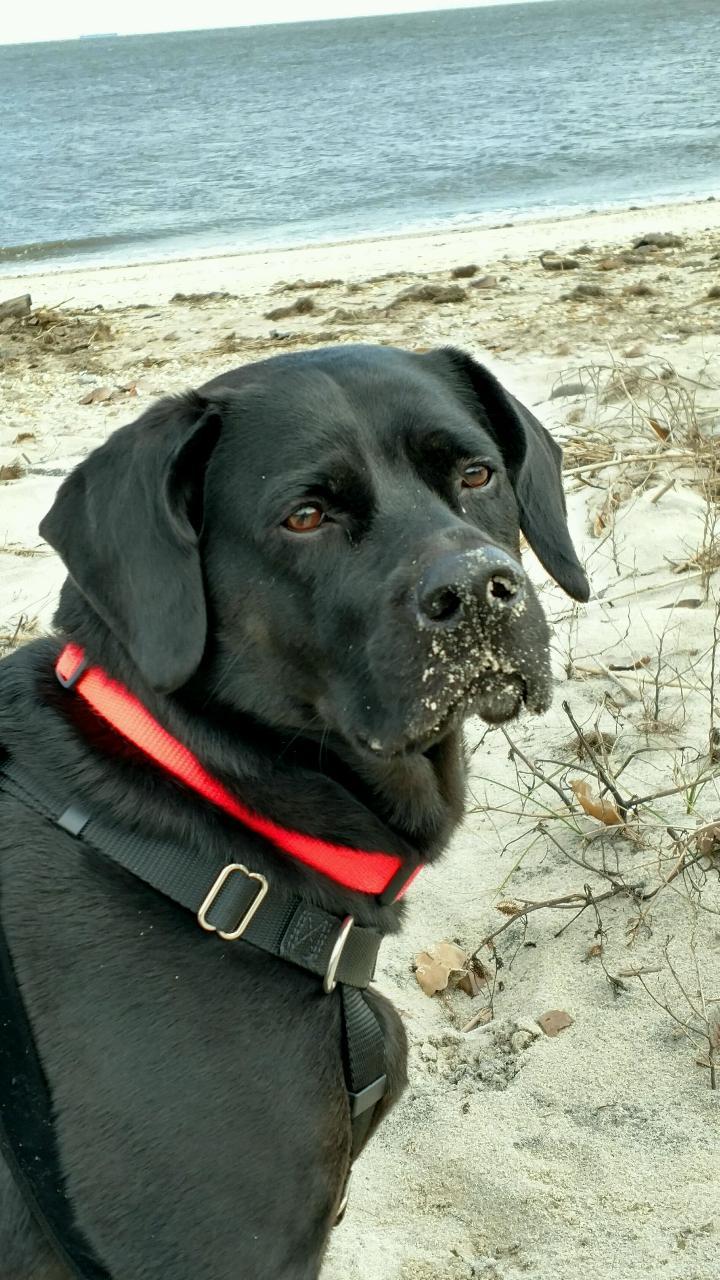 Every year on May 28, barbecue fans celebrate National Brisket Day, a “holiday” that honors the famous cut of meat that’s known as much for Texas barbecue as it is a Passover tradition. But did you know plenty of people have named their pets “Brisket”? We reached out to our pet parents to share stories about their Briskets, and one story caught our eye. Here’s more from pet parent Donna, who has had quite a journey with her mixed breed pup.

“Brisket is a forever puppy! He is so full of life and playful. Every morning when we go for a walk, he walks out and has to stop to look around before he will move. Then all of the sudden, he runs down the stairs and his nose is on the ground so he can smell everything as we go,” says Donna. “When we go to the park, he wants to meet every dog he sees. If for some reason I don’t want to, he sits down –– with enthusiasm –– and will not move and makes all sorts of noises to let me know he really wants to meet them. Typically, the other dog parent notices this and will come over to meet him and ask how old my ‘puppy’ is. They are always shocked to hear that he just turned 9!”

“Oh, and just to mention,” Donna continues. “Brisket got his name because my husband is a competitor in the BBQ circuit.”

“His absolute favorite toy is anything that squeaks. He hears that squeaking noise and comes running to find it and likes when my mother and I run around the house throwing a toy back and forth to each other as he runs in between trying to catch it!” Donna says. “Once he finally gets it he tears the toy apart (no matter how tough they say the toy is) to get the squeaker out so he can play with it. He will then grab what is left of the toy, the squeaker and one of his favorite treats and runs around the house with all of them in his mouth at the same time! Sometimes he looks for a place to bury all of them, and other times he eventually puts them down next to wherever he decides he wants to rest so he can keep an eye on them.”

As for Brisket’s quirks and his signature move? “He will be [sleeping] next to you and if you get up – even for a minute – he will be in your seat when you get back as if he has been there for hours, looking as sweet as ever.” His signature move, however, is his “soldier crawl”: “When we walk Brisket, he’ll drop down on a lawn and use his front paws to drag himself across the grass while he pushes with his back legs. We call it his soldier crawl because it looks very much like every movie you see where a soldier is in combat and crossing an open area by laying on their stomach pulling themselves with their arms.”

Also, Brisket’s not very food motivated, but his favorite way to eat when he’s ready is outside – even in the snow or rain!

“Panting often and for a longer time than would be necessary to cool down for us has been a sign that something is not right with Brisket,” explains Donna. “We also pay close attention to changes in everyday things like how he walks or jumps up on the sofa, and if we see a change in his regular behavior, we monitor it closely.” They make notes on a doggie calendar so they can track the behavior and schedule a vet appointment if necessary.

With over 25 claims for cruciate ligament claims (covering various treatments like laser therapy and surgical repair), Donna has filed $21,557 and been reimbursed $16,084 over Brisket’s lifetime (80% reimbursement rate and $500 deductible). Brisket was showing signs of lameness and as Donna monitored it, it worsened over time, and it was just from wear and tear as he aged. 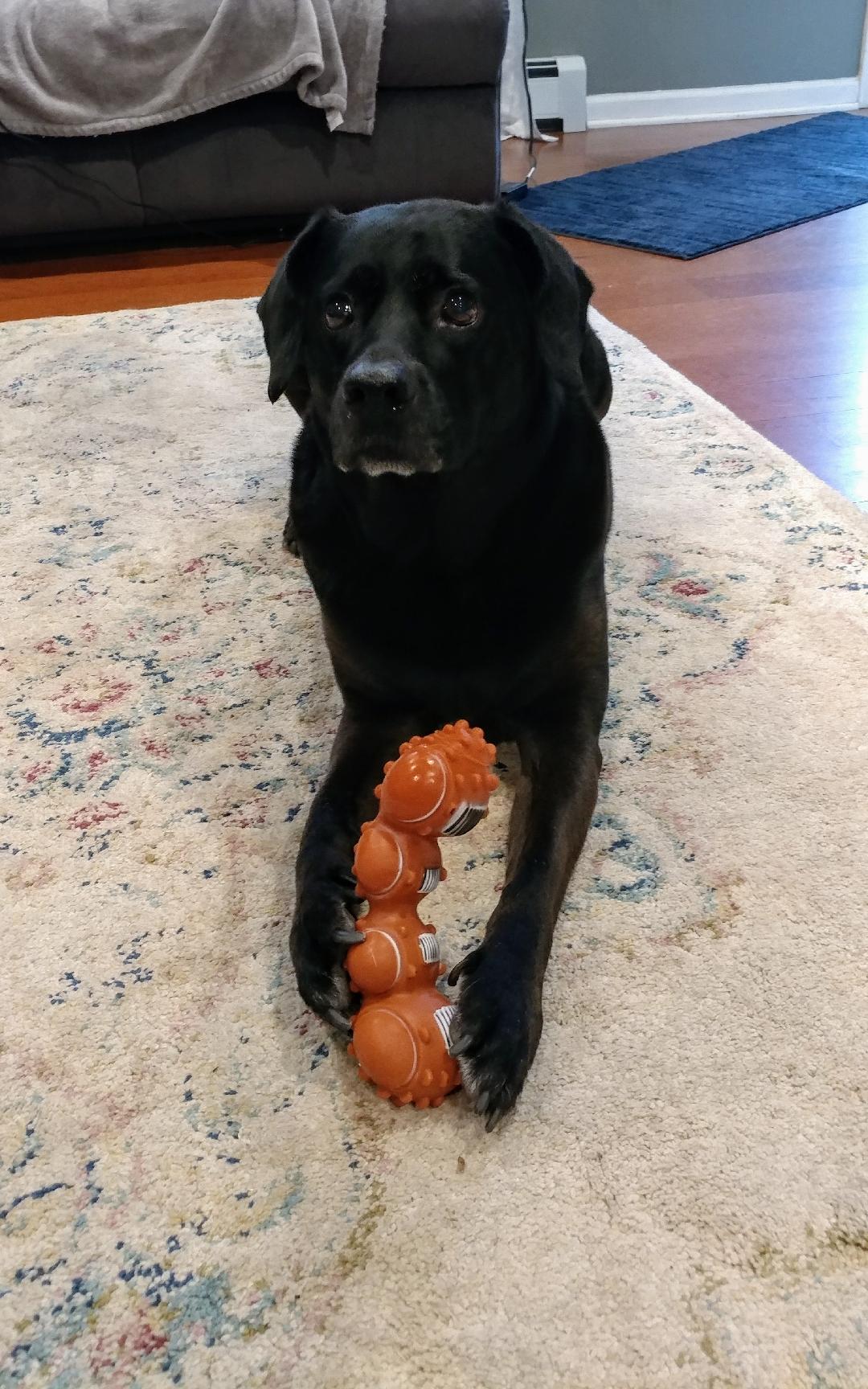 “I can’t imagine not having my best friend with me every day, and Brisket had several conditions that occurred not long after the waiting period ended – a trip to the ER, two back-to-back ACL surgeries (which was the first time in his life Brisket was away from us overnight), and all the tests in between determining what was wrong.”

Brisket got the care he needed and Donna didn’t have to worry as much about the bills: “At a time when so much was going on and I had to watch my favorite thing in the world be in such pain, it was so nice that my pet insurance company would take the time to check in on him and wish him well.  My little buddy powered through all of the problems he had and was back on his feet right after each surgery trying to walk immediately. The surgeon said Brisket didn’t need to go to rehab (physical therapy) after either leg surgery because he got up right away and basically took care of the rehab himself!”

“The overall expense of all of the issues Brisket had was way beyond what an average person could afford in such a short time, so I was so grateful to have such great coverage for him,” concludes Donna. “I never had to think about putting money before Brisket’s health, and that’s one of the greatest gifts I could ever receive – next to having such a great little buddy of course!”