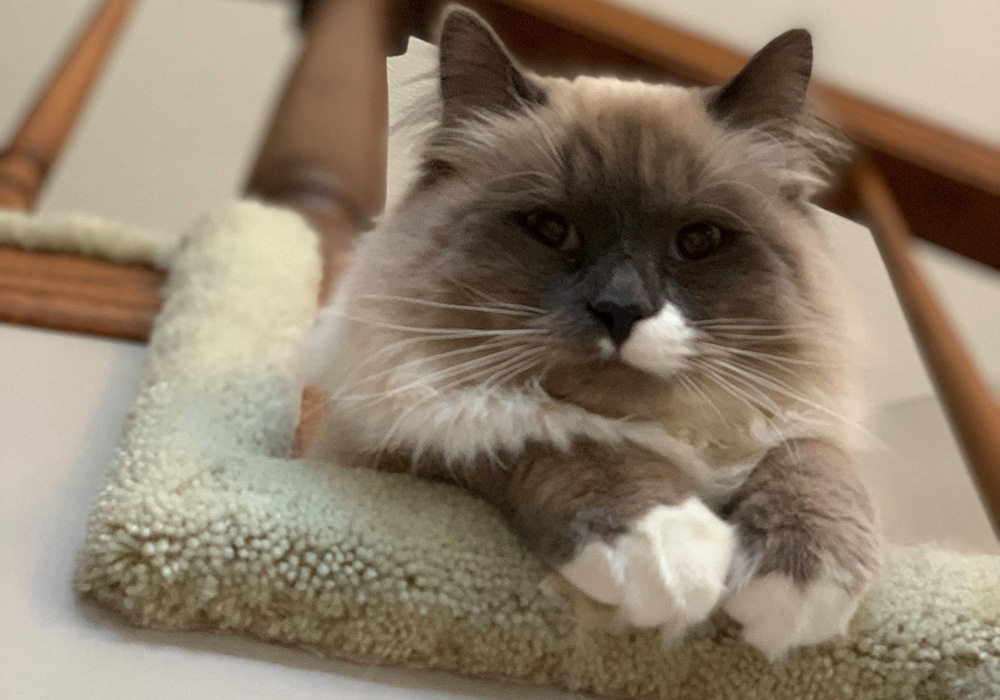 Missy is aware of things that are harmful or poisonous to cats since there are two in the house: Blue and Miley, another Siberian. She is especially aware because Blue is a big eater and shows interest in a lot of foods—he even loves tomatoes.

“Anything he shows interest in, we look up to make sure it’s safe for him,” Missy said. 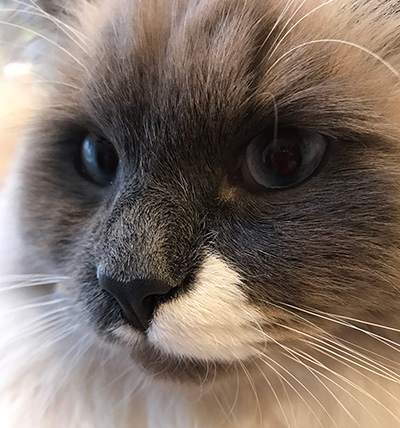 Missy’s mother, who lives with her, received flowers for her birthday recently.

Missy saw that the arrangement contained lilies, which she knew to be toxic to cats, and she looked for a place to put them where the cats don’t go. She chose the fireplace mantle, where Blue had never gone before.

“Within seconds of placing these flowers, he was up there rubbing on them and ate some petals and a leaf. Soon after, we called the vet’s office and were instructed to take him immediately to the ER,” she wrote.

Missy learned that she had only about an hour-and-a-half to get Blue treatment if he was to survive—and the emergency vet was an hour away. They rushed him in, and as soon as they arrived, Missy realized how serious it was.

Blue was put on an IV right away, and the vet told Missy his kidneys could fail. The vet performed some blood work, and the results were “not good.” At this point, Missy and her mother were preparing for the worst. Adding to their grief, that day also marked Blue’s first birthday.

Blue was kept on IV fluids at the animal hospital for three days, all the while charming the vet technicians who “fell in love with him,” Missy said. Fortunately, Blue recovered enough that kidney dialysis was not needed.

Since the incident, Blue has had his blood tested twice and they are still showing toxins in his system. Since he is so young, Missy said they expect him to continue to improve and to fully recover with time. He has to take medication twice a day and may always need to, she said.

“A Siberian’s life expectancy is 17 years, and we hope to spend all of them with him,” she wrote. “Blue is none the wiser about his kidney issues. He is full of life, rotten to the core, and has taught us never, ever to allow any flowers or plants back in our house! We discuss a lot how many people probably lose pets to poisonous items and never knew what killed them. It breaks our hearts to think that a simple birthday bouquet could have taken his little life. Fast thinking saved his life!”

Blue is family to Missy, and to her mother and daughter, so it wasn’t even a question of whether they’d get him the care he needed. Missy is just glad that she did not have to “beg, borrow or steal” to cover the expenses and could rely on pet insurance helping instead.

“When you insure something, you hope you never need it. Blue deciding he wanted to eat a lily would have cost us more than $3,000. Not only did Healthy Paws cover much of this (80%), they took care of it quickly! We get emails and other forms of communication inquiring about Blue’s recovery. That is the icing on the cake. Customer service, over and beyond!” she wrote.