There are many, many cute things in this world, but if we had to narrow it down to “absolute cutest,” then pets in costumes would be a top contender! Cuter yet: pets dressed up as a different animal. A cat donning a lobster suit? A dog waddling around in a duck outfit? Count us in.

Honestly, the world deserves way more “animal cosplay” moments, and so we’re giving you a roundup of just that. And in case you’re interested in bestowing such cuteness upon the world via your own pet, we’ve also included some shoppable suggestions for you. Happy Halloween! 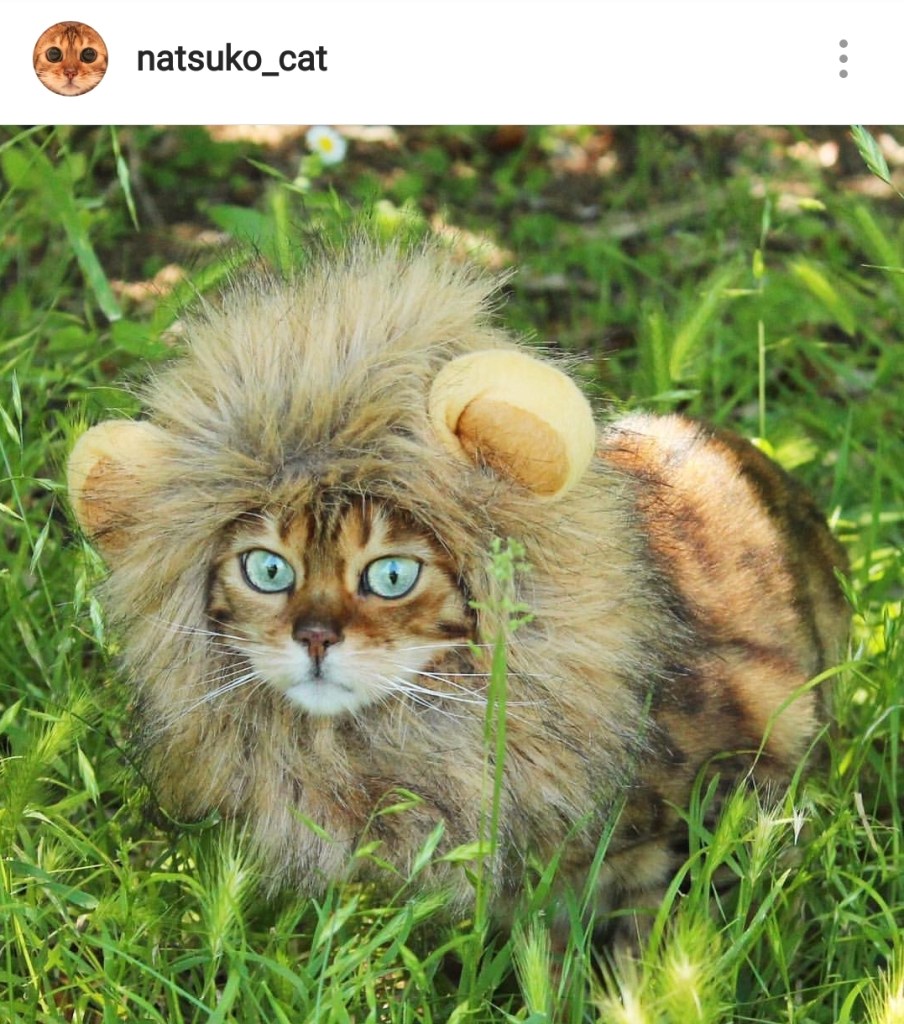 Natsuko is a striking Bengal who lives in Japan, and we must say he pulls off a lion mane remarkably well. You can even watch the little fluff in action in this video that the owner posted. If your pet is itching to transform into a lion, the wigs are available in multiple sizes at pet stores and online. Try this one from Chewy or this one from Amazon. 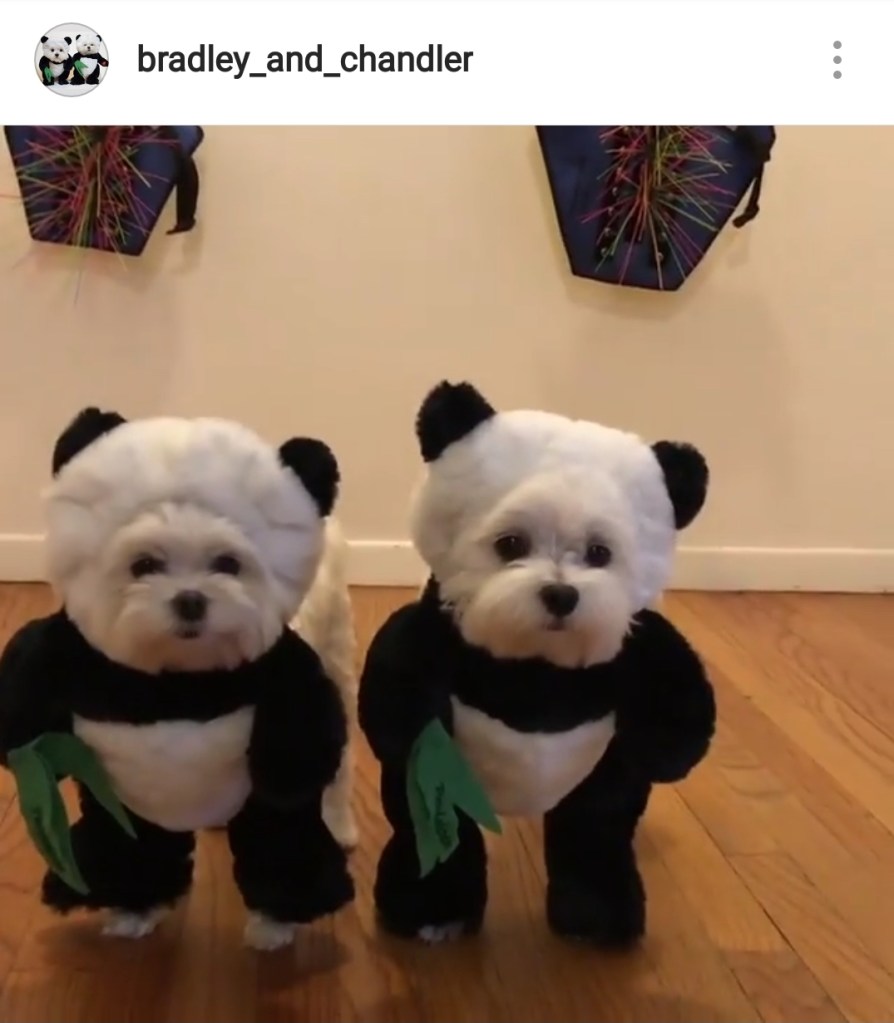 Maltese brothers and “puppy models,” Bradley and Chandler, dress up in all sorts of outfits throughout the year. It doesn’t get much better than baby panda costumes, though. This particular costume was made by Pandaloon, a company that specializes in pet costumes and was recently featured on Shark Tank. 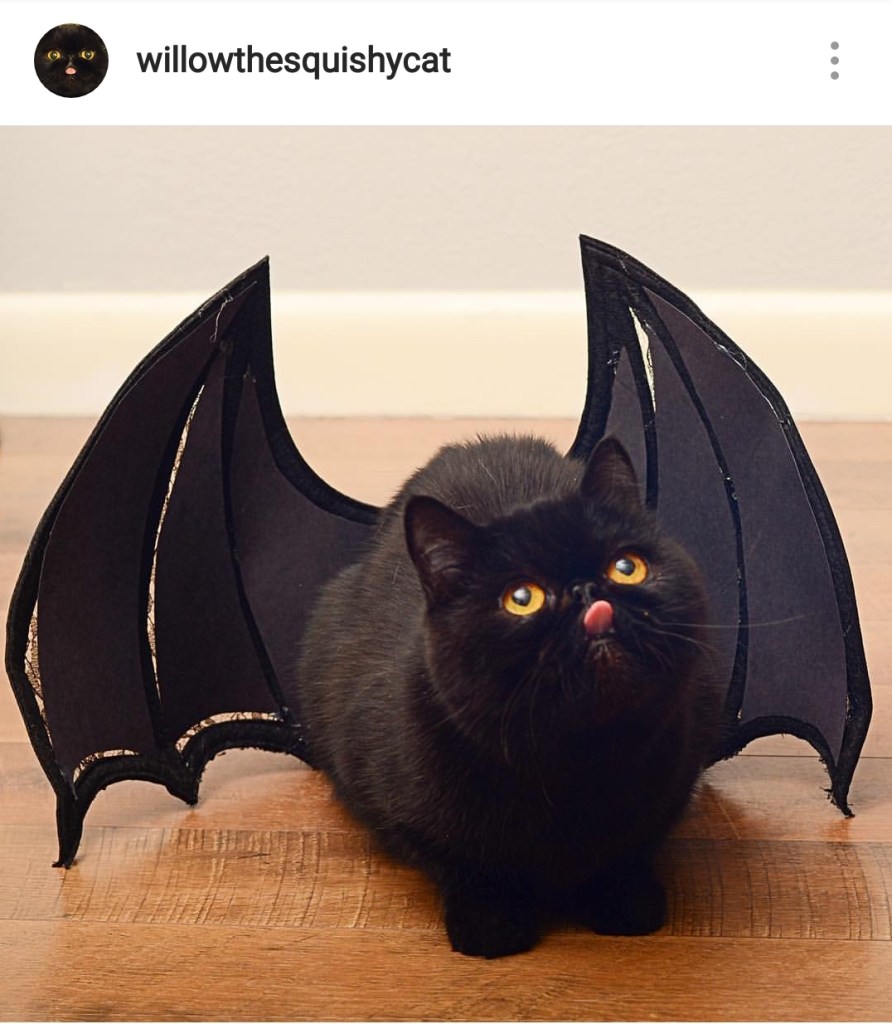 “Willow the Squishy Cat” is also known for her ability to pull off pretty much any costume (and her adorable tongue), but we’d have to say that the time she dressed as a bat was perhaps the most aww-inducing. If you have a fellow black cat or dog they’d do a great job pulling off some bat wings, as well. Try this inexpensive set from Amazon. 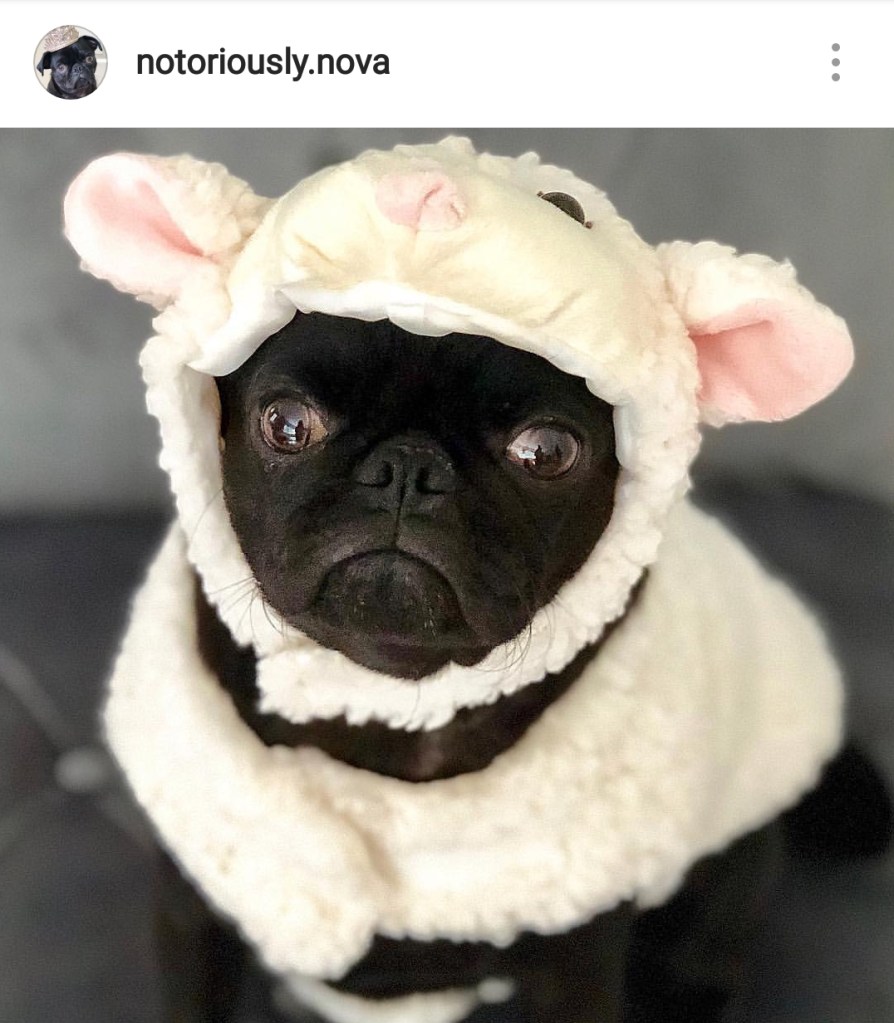 Let’s take a second to admire just how charming Nova the pug looks in a sheep costume. Are you aww-ing yet? There’s also the whole “wolf in sheep’s clothing” phrase that’s getting played up here. We found a similar-looking pet sheep costume at Bed Bath & Beyond, and another version at Woof Apparel that features tiny sheep horns. 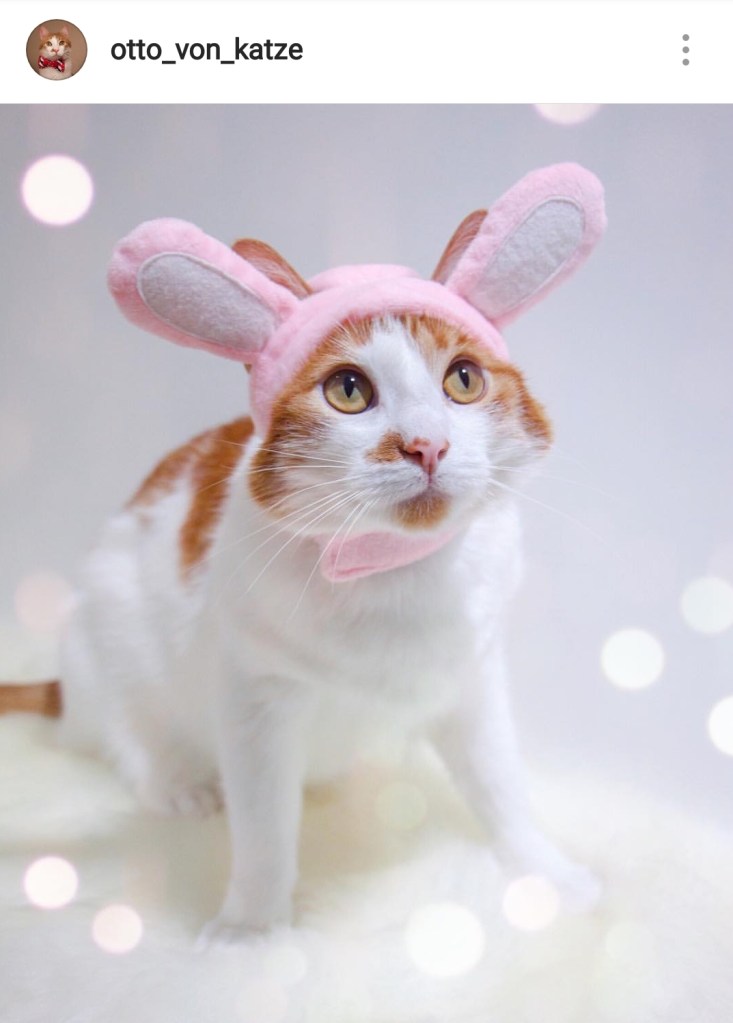 Who says you have to wait for Easter to dress your fluffball up as a bunny rabbit? Otto the cat agrees: you can be a bunny any time of the year, including Halloween. Check out this super sweet version of the getup on Pure Costume, or this one from Pandaloon. If you want to keep it low maintenance with just the ears, try this sweet hat available on Amazon. 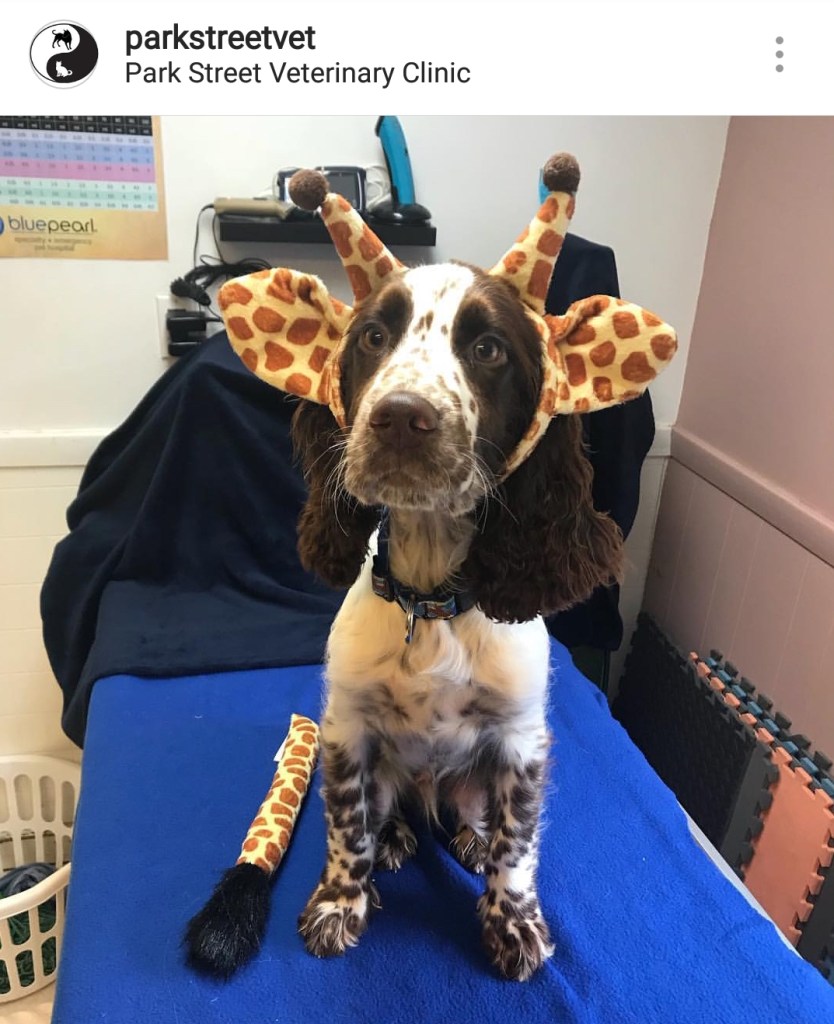 Park Street Veterinary Clinic recently posted an adorable picture of their client, a spaniel pup, wearing a giraffe costume, and we couldn’t help but swoon. If you have a small pet, try this giraffe costume that comes in small and extra small from Chewy. For those with larger pets, try a giraffe headband. 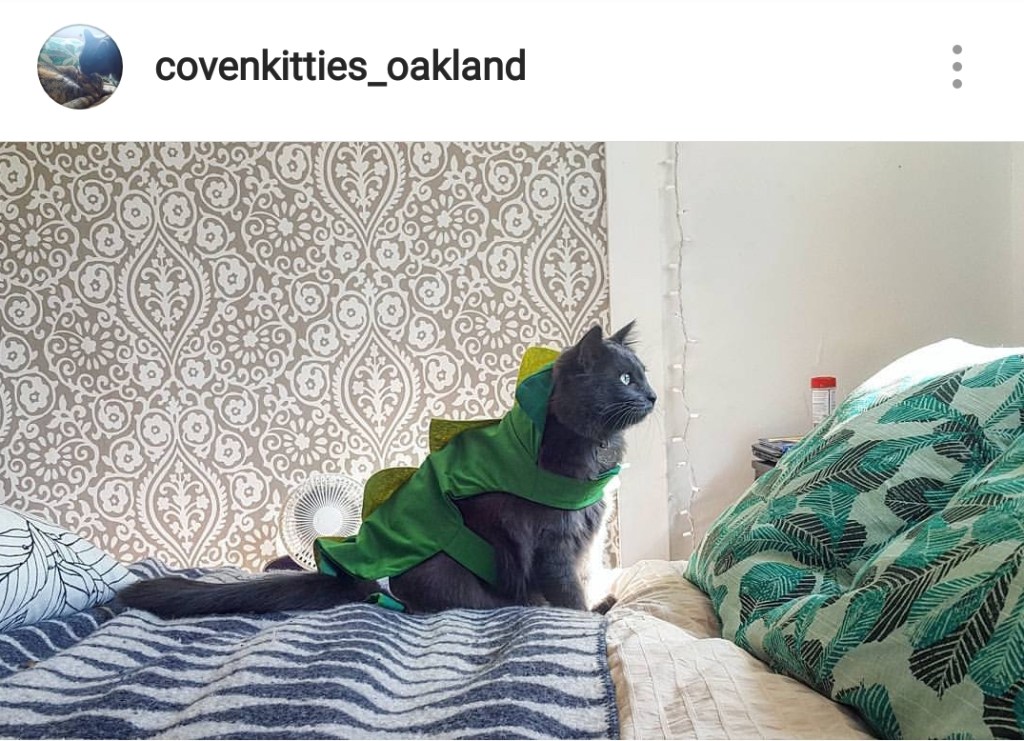 Dinosaurs may be extinct, but that just makes this “kitty rex” costume worn by Geneva Moon the cat all the more creative. There are a handful of equally cute dinosaur options to choose from, including this realistic version and this Triceradog option from Chewy. For one that looks the same as Geneva Moon’s costume, check out this option from Amazon. 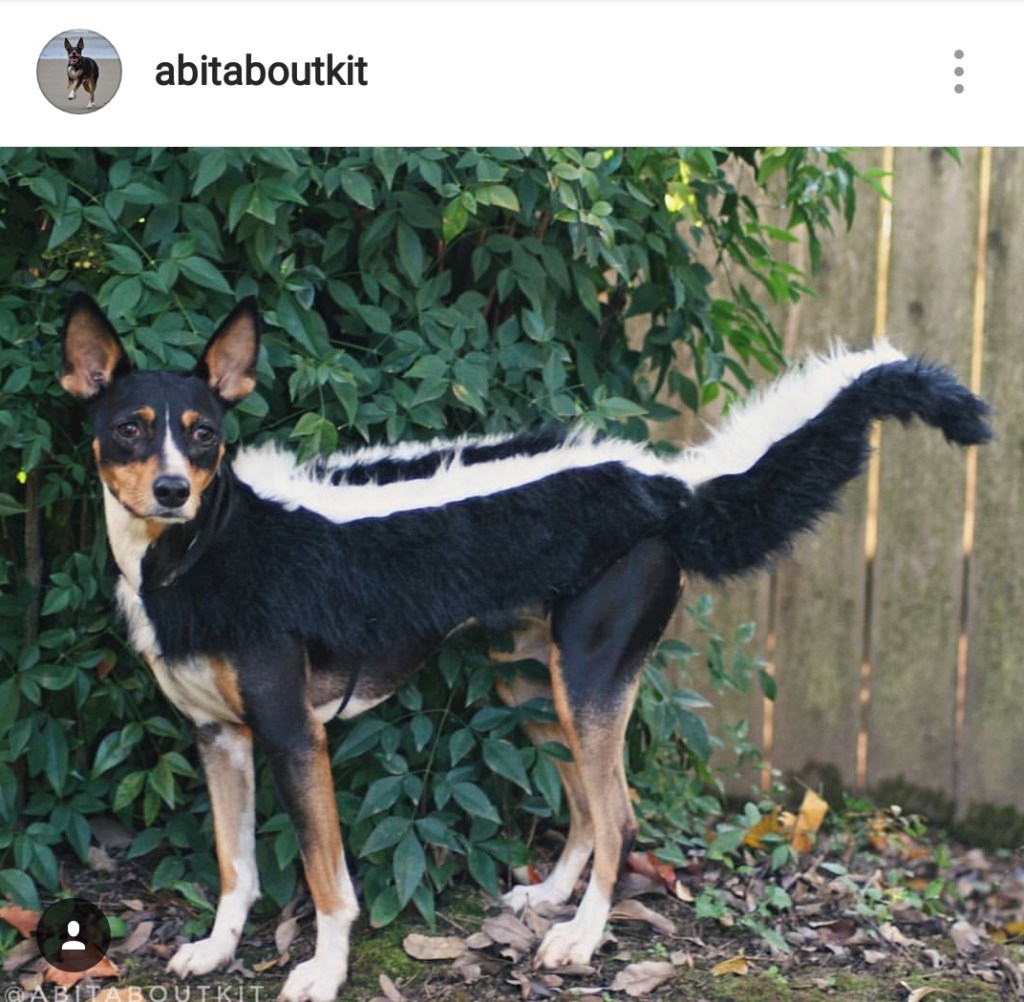 We can all probably agree that dogs and skunks do not mix, but when a dog dresses up as a skunk it’s an entirely different story. Kit the Decker Rat Terrier went ahead and proved it last year when she dressed up as “puppy lé pew.” To recreate the look on your own pooch or feline, check out this large version of the costume from Chewy or this smaller option — aptly dubbed the “little stinker” from PetFlow.

You know we want to see a picture of your pet all dressed up in their Halloween costumes! Share a picture with us on Instagram by tagging #gohealthypaws. And if you aren’t already a pet parent with us, look into getting a free quote to help safeguard not just your special fur friend, but your wallet too.