How many weekend mornings have you woken up — or how many evenings have you come home from work — to your pup basically begging you for an exciting outdoor excursion? There are only so many times you can lap around the block or frolic in the backyard before both of you start craving a little something beyond your usual stomping grounds. The dog park is often the ultimate destination. It’s full of people and other pets who are excited to engage and play, and let’s be real, there are lots of adorable photo ops to be had.

According to recent data, though, dog parks do more than just provide a shared social experience for dog owners. Some say dog parks can even cut crime levels, which would seemingly make them a no-brainer addition to any neighborhood.

When a vacant space, especially if it was previous crime-ridden, is transformed into a dog park, there’s a correlated reduction in crime levels.

“Police departments across the country (and globe), are recognizing that taking a mostly unused spot and turning it into a dog park decreases crime, simply because people are using the space, and walking to and from it. Safety in numbers, and more eyes on the street,” states the Lakeview Dog Play Area website.

In addition to repurposing a sketchy or abandoned area, you’re also increasing the amount of people who are out at any given time. Crime is less likely to occur in populated areas versus empty ones, and the presence of dogs themselves also helps.

Lakeview says their neighborhood experienced reduced crime when they brought a dog park to the area. Other cities have also noted a connection with decreased crime and the presence of a dog park.

The Park Commissioner for NYC says that “the past three Parks Commissioners, and many borough Parks administrators, have partially credited dog owners who use the Off-leash Hours with helping to bring the Parks back from their state of decline and crime. Dog owners continue to keep the parks safe in hours where many people do not use them, seven days a week, 365 days of the year, in all types of weather.”​ 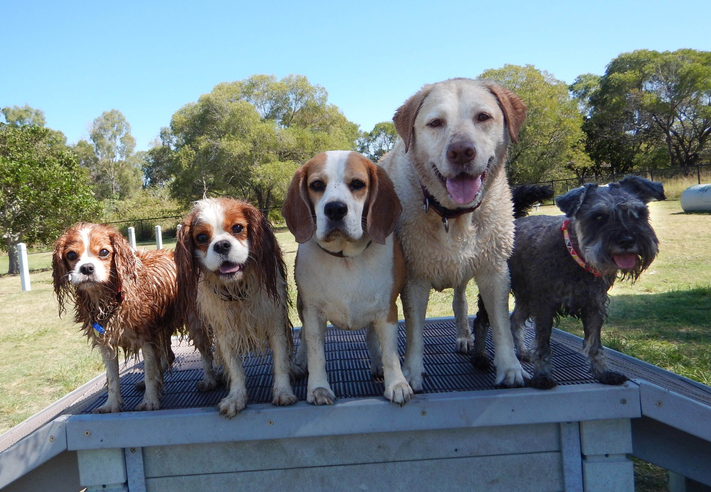 Other Benefits of Dog Parks

More data needs to be collected before any concrete statements are made about dog parks reducing crime in an area, but there’s certainly a good case being built. With that in mind, there are also other benefits associated with dog parks:

Numerous neighborhoods and cities have reported a reduction in crime after building a dog park. There’s not a ton of concrete data out there to examine, but the anecdotal experiences are pretty compelling. Whatever the case, there’s one thing we’re confident about: dog parks give you and your fluff a chance to go out there, have some fun, and meet some like-minded humans and pups. A little social interaction is always a good thing, and it’s nice to have a spot for Spot to joyously roam free.

Have you been to a dog park recently? We’d love to see a picture of your pup in action with all the other doggos. Please share a picture with us on Instagram by tagging #gohealthypaws. And if you aren’t already a pet parent with us, look into getting a free quote to help safeguard not just your special fur friend, but your wallet too.