Dog Bitten By Rattlesnake While Hiking 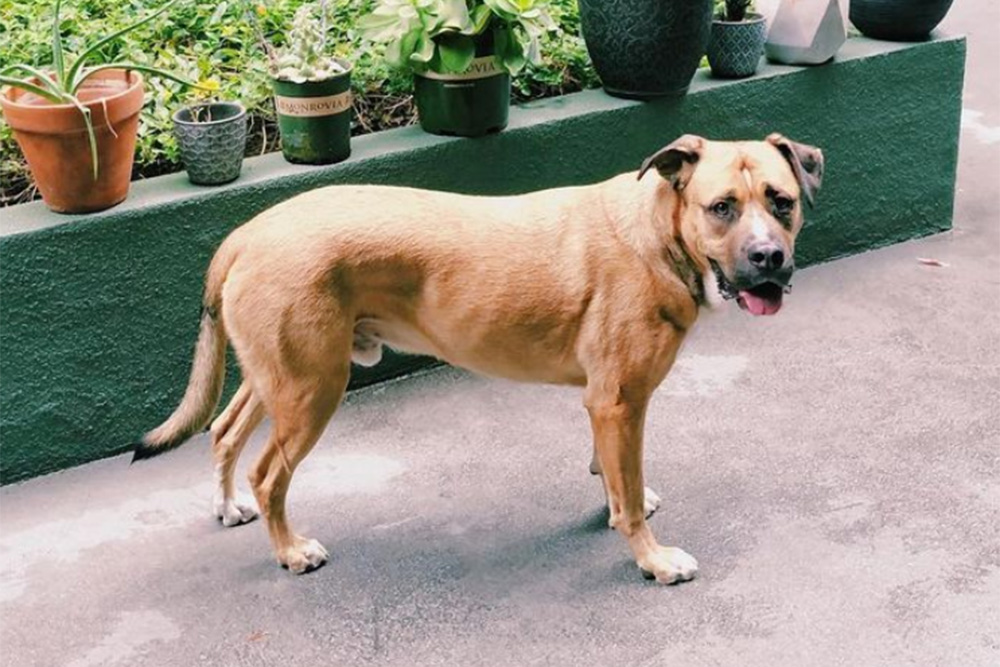 Ryan and Stephanie of West Hollywood, California were out on a hike on the Gabrielino Trail near Los Angeles in early April with their mixed-breed dogs, Ralph and Henry, when the most unexpected and horrifying thing happened.

Even though he was on a leash, 5-year-old Ralph was bit by a rattlesnake when he suddenly happened upon and surprised the deadly reptile. Stephanie believes Ralph intentionally stepped in between her, Henry, and the snake to protect them.

“Not only did he take the rattlesnake bite, but he also bit the snake back. He is a literal hero, and we are so grateful to have the most amazing good boy in our lives,” she said.

Stephanie had researched what to do in case of a bite, so she knew they needed to tie a tourniquet on his leg and get him medical care as quickly as possible. Ryan and Stephanie were understandably panicked, but a couple of angels helped them get Ralph off the trail.

One man who was hiking with his family stopped and helped Ryan carry Ralph 2.5 miles. Another man in a landscaper truck near the trail offered to let them ride in the back to get them to the trailhead. Without these good Samaritans, Stephanie believes Ralph would have perished.

Once they arrived at the trailhead, the local fire department met them and transported Ralph to the nearest emergency vet clinic. They arrived within 45 minutes of the bite. The vets gave Ralph anti-venom and painkillers, which stabilized him, but he was far from safe.

Anti-venom treatment was just the beginning

Little did Stephanie and Ryan know they were about to go on the rollercoaster ride of their life – and not a fun one – over the next few days.

Ralph spent the night in the hospital, and they were permitted to take him home the next day. He was eating and drinking, but the remaining venom still caused bloody urine and swelling that equaled 11 pounds of fluid.

The next day they took Ralph in to have his bloodwork checked. His healthy blood counts were too low, and the veterinarians recommended a blood transfusion and steroids to settle his immune system. Ralph spent another night in the hospital for observation. Through it all, Ralph showed his appreciation for his pet parents.

The news the next day was heartbreaking. While his blood condition was improving, the swelling around his airway became worse. The hospital called to tell Ryan and Stephanie they should come and say goodbye.

On their way to the hospital, the vet called again and said she wanted to give him one last chance. He was moving and peeing and pooping, and she thought he had some fight left in him. She recommended taking him to another hospital with an intensive care unit. Stephanie and Ryan agreed and rushed him to the better-equipped hospital.

At the critical care hospital, several specialists performed a higher level of lab work to determine what was causing the swelling, and then carefully monitored his heart, kidneys, and immune functions to watch reactions to steroids, diuretics, and other medications. This intensive approach allowed them to perform the most aggressive treatment for the swelling.

Finally, there was some good news. Ralph had responded well to the treatment and stabilized. Ryan and Stephanie visited him, and he was able to go for a short walk and was eating and drinking normally.

“He wagged his tail, he snuggled, and gave us kisses. He’s doing fantastic and shockingly looks 100,000x better than he did on Friday so (fingers crossed),” Stephanie wrote to her followers. “He (obviously) will still be in the hospital a few more days but we’re so happy with him and his happy spirits. Keep cheering for him.”

The next day, Ralph was ready to come home. He walked around the neighborhood, socialized with neighbors, and greeted his brother enthusiastically with lots of tail wags. Finally, Ryan and Stephanie felt confident he would make it.

Back to normal just one week later

At his one-week follow-up, the vet was amazed at how well he was recovering. His severe anemia and low platelets in his blood were resolved, and he was taken off all medications.

“Ralph’s bloodwork came back normal & we are cleared to resume all normal activity- YAY!!!” Stephanie told her Instagram followers. “No further follow-up care needed, just routine 6-month check-up, so we are officially out of the woods (literally!) WAY TO GO RALPH!!”

After their ordeal, Stephanie says she is done with hiking and is instead taking the dogs to the beach for now. She wanted to share their story, so that other pet parents are aware of the danger of rattlesnake bites to dogs and how important it is to be prepared.

Ralph was lucky. Rattlesnake bites are about 25 times more lethal to dogs than humans, according to the Methow Valley Veterinary Hospital. Pet parents who live in rattlesnake country may want to consider having their dogs vaccinated for rattlesnake venom.

And she’s certainly glad that they purchased pet insurance for both dogs as soon as they adopted them. The Healthy Paws plan covers treatment for any accidental poisoning, sting, or wildlife encounter.

“We wanted to give them the best life with coverage for anything and everything,” she said.

Ryan and Stephanie have a plan that covered 80 percent of their bills, minus a $250 deductible.

Customers who download the Healthy Paws mobile app also have the advantage of having their pet insurance information and vet information at their fingertips for quick communication and claims processing in an emergency. It’s also a good idea to have the pet poison helpline number, 855-764-7661, saved on your phone.

Stephanie has an Instagram account dedicated to her pups, and she documented much of the journey and recovery there.
The claim scenarios described here are intended to show the types of situations that may result in claims. These scenarios should not be compared to any other claim. Whether or to what extent a particular loss is covered depends on the facts and circumstances of the loss, the terms and conditions of the policy as issued and applicable law.

Protect your pets from those unexpected encounters with wildlife, which the Healthy Paws plan covers. Get a quote and make sure you’re covered for those dog and puppy mishaps and unpleasant surprises.