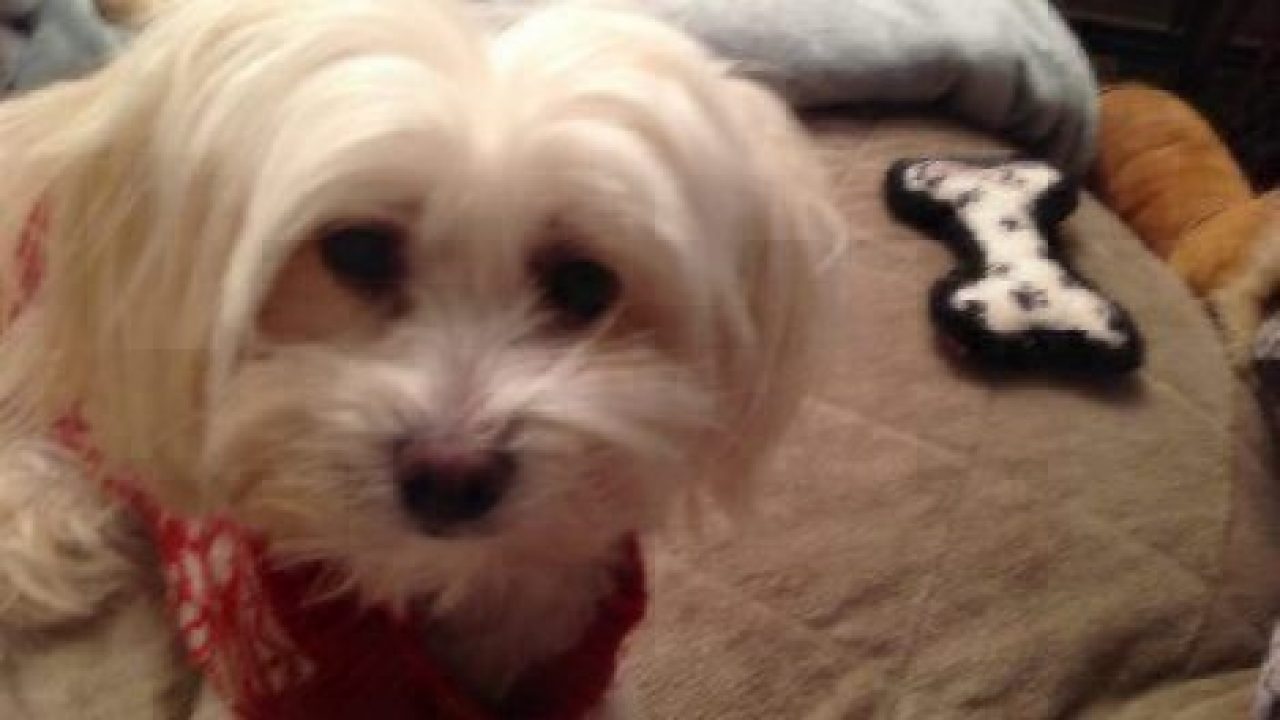 Lorraine adopted Pippa after seeing her on Petfinder: “She was an itty bitty thing, and the tag they had on her was huge, making her look even tinier. I took one look at her picture and I just knew she was mine.” Pippa, a Havanese weighing approximately 9 lbs., fit right in with the family, including another Havanese named Baxter. Lorraine describes Pippa as fiercely loyal: “She loves to be near me and follows me everywhere around the house; she lives up to the Havanese ‘velcro dog’ moniker.”

One day Lorraine noticed a scratch on her eye and, knowing that eye conditions can be serious, she took Pippa to the vet. “I really thought I was just being overly protective and that they were going to give me some eye drops and I would feel a bit foolish.” After the vet expressed concern, Lorraine burst into tears. “I could tell from his demeanor that he did not think it was good.”

The vet went on to explain that Pippa’s iris was not reacting properly to light and that it was not “the right shape,” symptoms which could be caused by a tumor. After referring the family to a specialist, Pippa underwent some tests and they confirmed the presence of a tumor in her eye and that surgery was necessary immediately. “I was beside myself,” Lorraine continued.

When the biopsy results came back several days post-op, Lorraine was handed some more bad news: Pippa’s tumor was indeed cancer, however it was contained to the eye and caught early. With a full enucleation (removal of the eye that leaves the eye muscles and remaining orbital contents), Pippa would have an 80% chance of being cancer-free for life.

Lorraine proceeded with the surgery, and Pippa has since fully recovered. “I am just trying to follow her lead, as I have been a mess but she seems to have bounced back!” Lorraine laughs. She was in the “cone of shame” for 10 days and her eye socket has since healed nicely.

Luckily for Lorraine, Pippa was covered by the Healthy Paws policy, which covered $1,179 of the $1,786. “I was just so grateful to Healthy Paws, the service was wonderful, they were very quick to respond, the follow up was stellar and processing the claim was a breeze,” Lorraine said. Signup is also easy; pet parents simply start by getting a free quote.

Lorraine wants more pet parents to be aware of just how serious eye conditions can be for pups: “If you see a red eye in a dog, it can be an indication of something very, very serious. While it could be an allergy or a scratch, it can also be something much more sinister and deadly.” Most vets support this statement as well – eye conditions in pups can range from the superficial to something extremely serious. Listed as the fourth most common reason for dogs to visit the vet in our Cost of Pet Care report, treatments range from $50 to $3,000, and it’s always best to let a vet check it out before dismissing it.