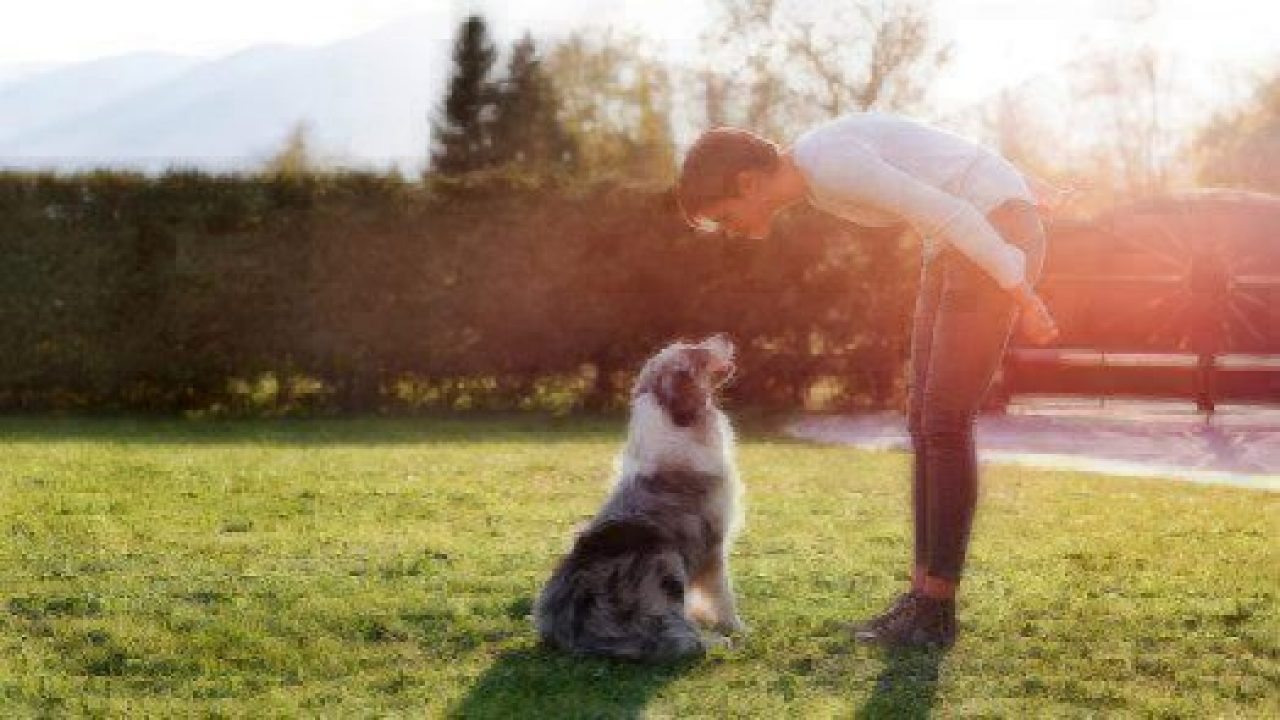 With its complex tri-color patterning and striking eyes, the Australian Shepherd is a truly beautiful dog to behold. Abbreviated “Aussies” for short, this medium-sized herding breed is keen to work, play, and love. That said, they’re the ideal furry friend for those who love the outdoors and are eager to take advantage of the breed’s agility and intelligence. To learn more about their personality, history, and some bonus fun facts, check out our brief-but-detailed breed synopsis below.

We mentioned that Aussies are smart pups with an affinity for the outdoors — and we meant it! They are true herders with exceptional levels of energy and therefore need three or more hours of exercise (running, walking, hiking) per day along with daily in-home training. Nicknamed “Velcro dogs,” they prefer to hang out with their owners versus being left to play alone in the yard. An active life will keep Aussies occupied, happy, and healthy while couch-lounging and little engagement can result in boredom, unhappiness, and “acting out.” 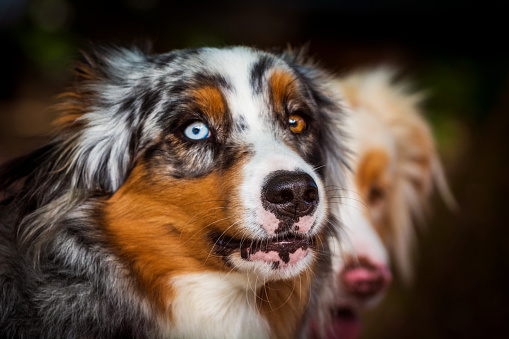 Because of how much physical exercise and mental stimulation they require, we recommend this breed specifically for owners who have experience in training and are able to provide their dog with ample time for exertion.

Given all this, it shouldn’t surprise you to learn that Australian Shepherds thrive on farms, ranches, and other locales where they’re able to work and play hard. Additionally, because of their intelligence, it can be very rewarding to train Aussies, and relatively easy to do given you have experience. As is the case with any breed, the earlier you begin training — and the more diligent you are about correcting bad behavior — the happier and more responsive your dog will be.

Australian Shepherds are a medium-sized breed weighing between 40 to 55 pounds for females and 50 to 65 pounds for males. Their average lifespan is 12 to 15 years.

A simple Google search will show you that this breed comes in a very wide array of patterns. The “merle coat” — a type of marbling that presents as dark spots on light fur — is the most common and can present as “blue merle” or “red merle.” Other coat patterns are less common, but include black and tan, black tri-color, red tri-color and bi-color, and black bi-color. Sometimes you’ll find all-white versions of Aussies, but this is often an indicator that the dog is deaf or blind.

Another physical trait that sets this pooch apart from others is their great variety of eye color. Eyes may be blue, white, green, or various shades of brown. It’s even common for Aussies to have two differently colored eyes (heterochromia), or even one eye that’s multiple colors! This, paired with their multi-hued coat, makes them a particularly striking breed.

The Australian Shepherd’s name is a bit of a misnomer, given that the dog has substantial American roots. Though their history isn’t quite as concrete as other breeds, it’s believed that they came into existence after a batch of Australian herding dogs were brought to the United States in the mid-1800s and bred with Collies and other sheep dogs.

Breeders, who had a desire to build an ideal shepherd, created a dog that was quick, resilient, intelligent, agile, and boasted impressive stamina. Throughout their history, they’ve been popular in Western United States culture, especially among farmers, ranchers, and at horse shows and rodeos. It took many years since their inception, but Aussies were formally recognized by the American Kennel Club in 1993. 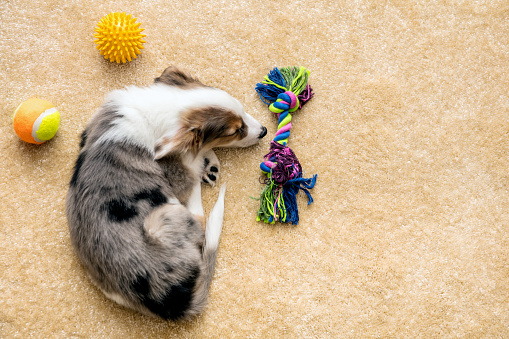 Australian Shepherds are generally considered healthy, but as is the case with other breeds they’re still prone to a few ailments. Those include hip and elbow dysplasia, which can become gradually worse over time, and epilepsy. They’re also particularly susceptible to eye disorders and should be screened for any potential ocular diseases. These disorders can include Progressive Retinal Atrophy (a degenerative eye disorder that may result in blindness), cataracts (especially common in older age), Collie Eye Anomaly (inherited and also can lead to blindness), and Persistent Pupillary Membranes (remnants of tissue around the eye that don’t break down in puppyhood as they should).

Annual vet visits can help you stay on top of any ailments, diseases, or disorders, and by signing up early for pet insurance, you can be reimbursed up to 90% on the bill, as well as bypass any pre-existing conditions.

Are you on a first-name basis with an adorable Australian Shepherd? We’re eager to see a picture of that adorable fluff, so make sure to tag us on Instagram @gohealthypaws. And if you aren’t already a pet parent with us, look into getting a free quote to help safeguard not just your lovable pup, but your wallet too. 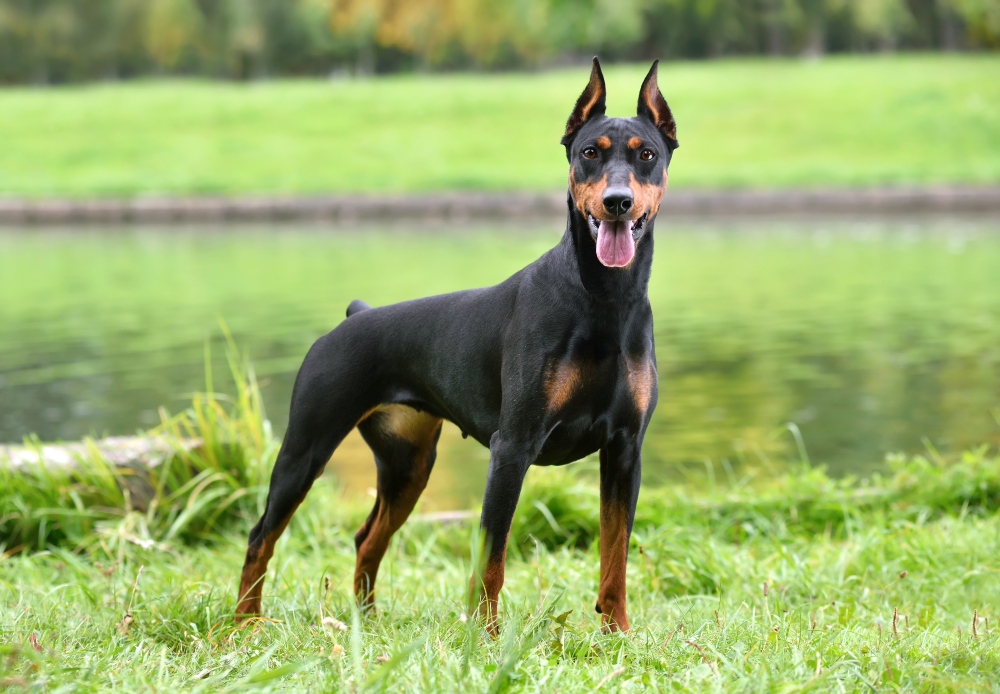