With one glance at a boxer puppy, it’s hard to not instantly fall in love! This adorable, medium-sized breed has a very recognizable and emotive face that makes it very easy to fall smitten. Originally, boxers were bred to be guard dogs. When trained well they will certainly alert their owners of any foul play or intruders, but today boxers are more commonly seen as cuddly, rambunctious companions versus intimidating watchdogs. To learn more about the “Peter Pan” dog — and why they earned that nickname — keep reading!

There are a couple of reasons why the boxer is endearingly referred to as the “Peter Pan” dog, the most obvious being their personality. They are incredibly jovial, youthful, and spirited pups who love to play. In fact, boxers are not much for lazing — they’d much rather be running around getting plenty of exercise and playing games with their owner. For that reason, we highly recommend boxers for people who love to spend time exercising, and for those who are able to be with their boxer consistently, as they really dislike being alone.

The second reason why this breed gets its Peter Pan reputation is that it’s very slow to mature. In fact, boxers aren’t considered fully grown until they’re three years old, which is a long time in dog years! Even beyond this three-year pup-hood, boxers are known for being mischievous, high-energy, enthusiastic dogs. A boxer will make you feel like the beloved hero of his/her world, and provide you with an abundance of love.

Because of their intense energy, we do recommend studiously training your boxer from a very young age. The breed is very intelligent and will take well to instruction, especially if you start early. Physically, they range between 50 to 70 pounds and have a short, sleek coat in either fawn or brindle coloring. They may have white markings, but not all boxers do. 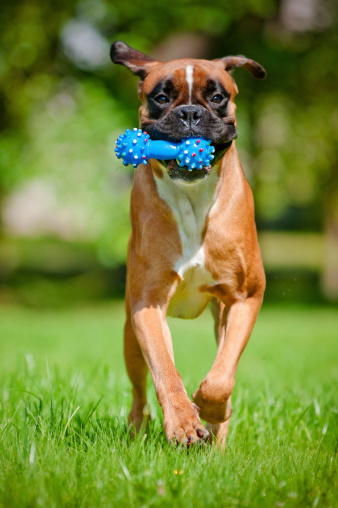 Boxers hail from Germany, where they were originally bred as worker dogs in the late 1800s. You might have guessed from their appearance that they’re related to bulldogs and bull terriers, which are descendants of the Bullenbeisser — or “bull biter” — dog, just like the boxer is. The Bullenbeisser (which descended from the mastiff) has a noble history and was considered a top choice breed by German noblemen for the purpose of hunting big game, including bison and bear!

With the fall of noblemen in the mid-1800s there was a decrease in game hunting, and therefore a decreased need for the oversized Bullenbeisser. Around this time, Munich resident Georg Alt bred a Bullenbeisser named Flora with a local dog whose origin is unknown. That led to a litter that included a male pup named Lechner’s Box, who’s considered the start of the modern-day Boxer lineage.

It didn’t take long for boxers to become a staple in Europe. Thanks to their intelligence and loyalty, they served as police dogs, guide dogs, and military dogs. The American Kennel Club formally registered the breed in 1904, but due to disharmonious relations between Germany and the United States, the breed didn’t become popular in America until the mid-1900s. Today, though, the boxer is more beloved than ever before.

Like any breed, boxers are prone to certain ailments and disorders. Those include a couple of heart defects, including aortic stenosis or sub-aortic stenosis (AS/SAS) and Boxer cardiomyopathy (BCM). They are also at risk for hip and elbow dysplasia, and particularly susceptible to cancer, including mast cell tumors, lymphoma, and brain tumors. Lifehack: sign up for dog insurance as early as possible to avoid pre-existing conditions. With Healthy Paws, you can save up to 90% on vet bills and make sure that you can give your Boxer the best medical care.

Do note that while boxers love exerting their energy, their short snouts make them somewhat intolerant to extreme hot or cold weather. They’re much more comfortable in mild temperatures and large, indoor spaces where they can breathe easily.

All this said, regular wellness checkups at your vet, along with immediate visits anytime something seems off, will help keep your pet happy and healthy. 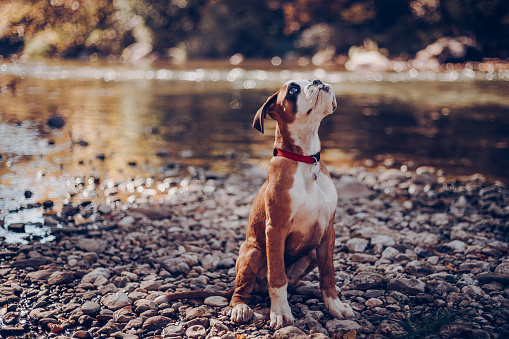 We’re not boxing around! Share a picture of your beautiful boxer with us on Instagram by tagging @gohealthypaws. And if you aren’t already a pet parent with us, look into getting a free quote to help safeguard your furry best friend (and your wallet too!). 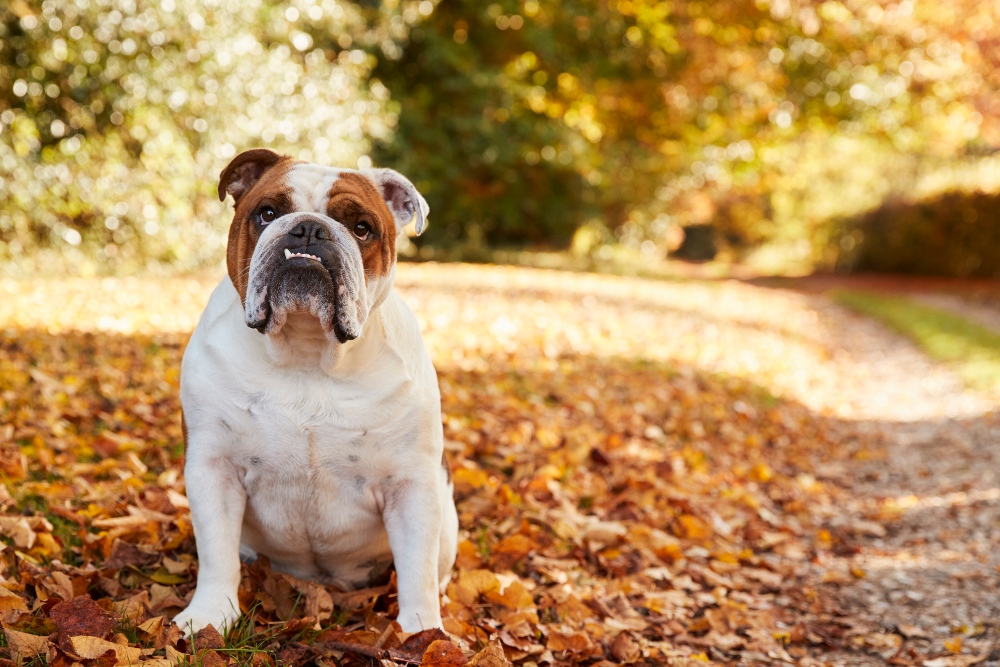