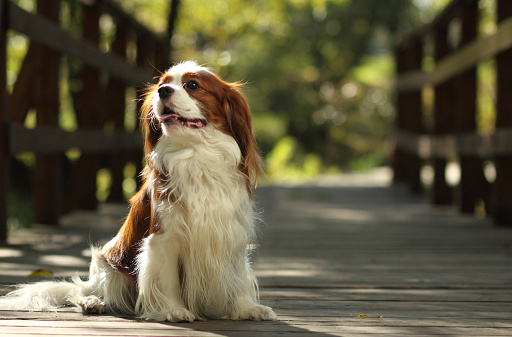 In a world of ridiculously good looking doggos, we have to argue that the Cavalier King Charles Spaniel is one of the most photogenic out there. Those outrageously floppy ears, quizzical head-tilts, irresistible puppy-dog eyes, and just-pudgy-enough builds make this breed undeniably cute. Of course, there’s more to a dog than just their looks. To learn more about this breed, we’ve got a great overview, including its personality, breed history, and some fun facts, below.

If we had to describe the Cavalier King Charles Spaniel in only a few words, we’d have to choose jolly, athletic, and lovable. This happy-go-lucky breed absolutely adores snuggling with his pet parent and will gladly partake in belly rubs and copious amounts of lap sitting. They’re a very dependent breed, which means they’re most comfortable by your side and don’t do well with lots of alone time.

True to spaniel tendencies, they do enjoy romping around, playing fetch, and have an innate desire to hunt. However, because of their size and easygoing nature, they do well in a variety of settings, ranging from small apartments to large homes.

Interestingly, all of the above colorings can be born within the same litter. Blenheim is the most common. Regardless of their coloring, all Cavaliers have long and floppy ears, a silky, swirling coat of fur, and round, “how could you ever resist me?” eyes. They’re considered a toy breed, but definitely land on the bigger end of that spectrum with an average weight of 13 to 18 pounds. Their life span is nine to 15 years. 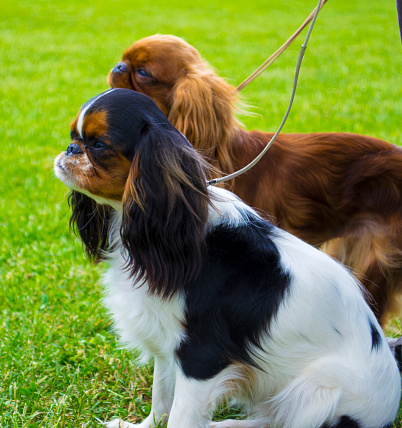 It probably won’t come as much of a surprise to learn that the Cavalier King Charles Spaniel has a royal history. They’re very modern descendants of the toy spaniels that were beloved by European nobility in the 17th and 18th centuries, including Queen Mary of Scots and her grandson, Charles I, and great-grandson, Charles II.

It was King Charles II — who reigned over England from 1660 to 1685 —who’s credited with the King Charles Spaniel name. Do note, though, that this breed was slightly different from the Cavalier King Charles Spaniel we know today.
After Kind Charles II passed, the toy spaniel’s popularity decreased, and flat-nosed pugs become quite beloved. The next move, of course, was to breed pugs with toy spaniels, which created a dog that very closely resembles the Cavalier King Charles Spaniel. This new cross-breed didn’t stick around, but it certainly made its way into paintings with nobility. Many years later, in the early 1900s, an American named Roswell Eldridge was inspired by these paintings and went on a five-year search to find a dog that matched the images. He even offered a handsome reward

Eventually, a woman named Mostyn Walker delivered what we now know as the Cavalier King Charles Spaniel. Its name was purposefully different so as not to confuse it with the King Charles Spaniel (or English Toy Spaniel, as we Americans call it). The AKC finally recognized the breed in March of 1995.

The Cavalier King Charles Spaniel is particularly susceptible to Mitral Valve Disease (MVD), which begins as a heart murmur and worsens over time. It’s a genetic disease and reputable breeders have their dogs regularly evaluated by veterinarian cardiologists in an effort to prevent passing the gene from one generation to another. If purchasing a purebred, we highly recommend making sure your breeder has gone through these medical precautions.

Other common health issues that affect this breed include syringomyelia, which affects the brain and spine; and episodic falling, which is similar to epilepsy except the dog remains conscious. Hip dysplasia and an easily dislocated knee joints are also somewhat common, but if you sign up for pet insurance as a puppy, these conditions can be covered (and you can save up to 90% on vet bills!). 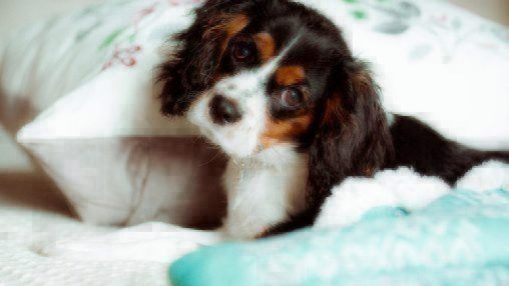 Is your Cavalier King Charles Spaniel ruler of the house? Share a picture of your very royal doggo with us on Instagram by tagging @gohealthypaws. And if you aren’t already a pet parent with us, look into getting a free quote to help safeguard not just your special cat, but your wallet too. 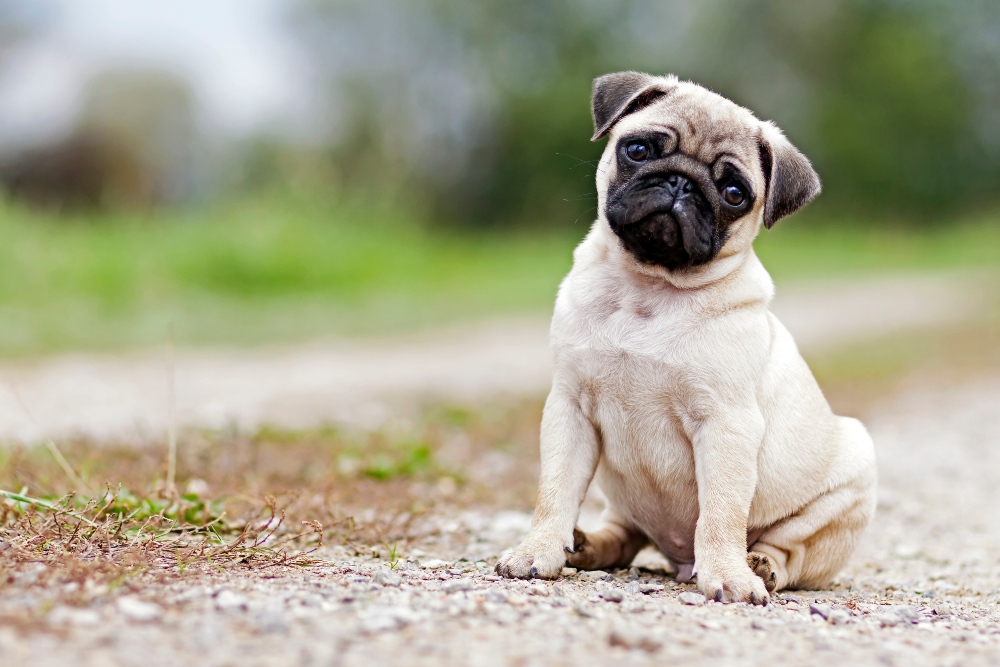 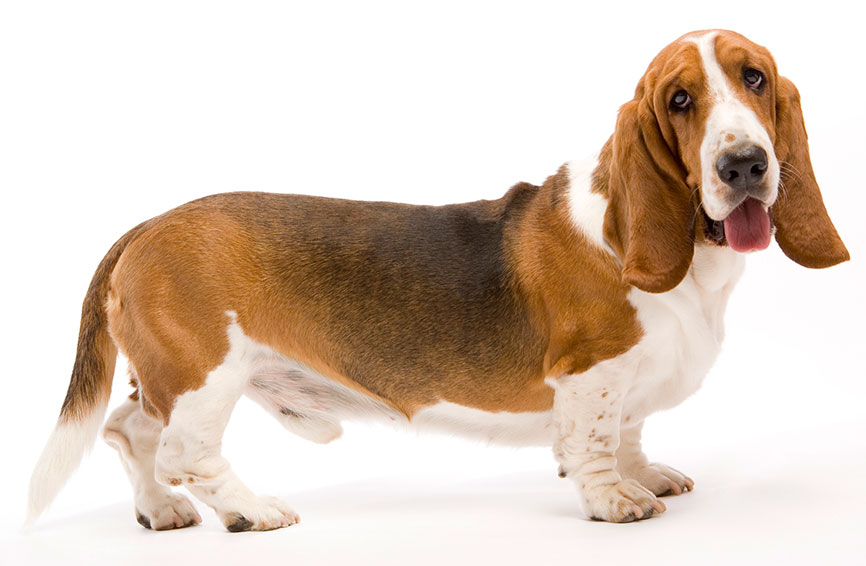 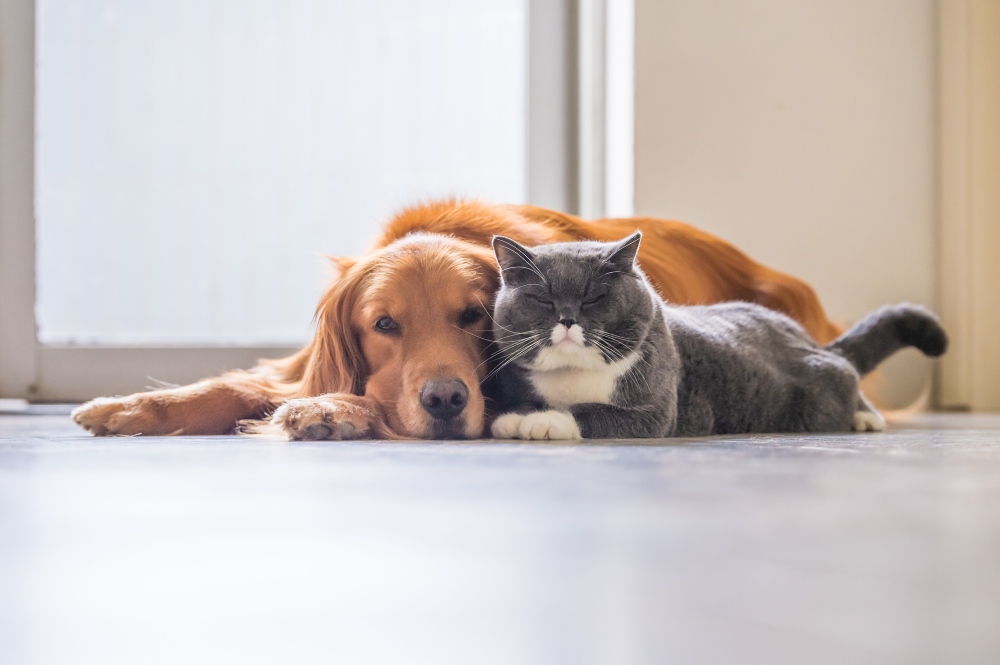