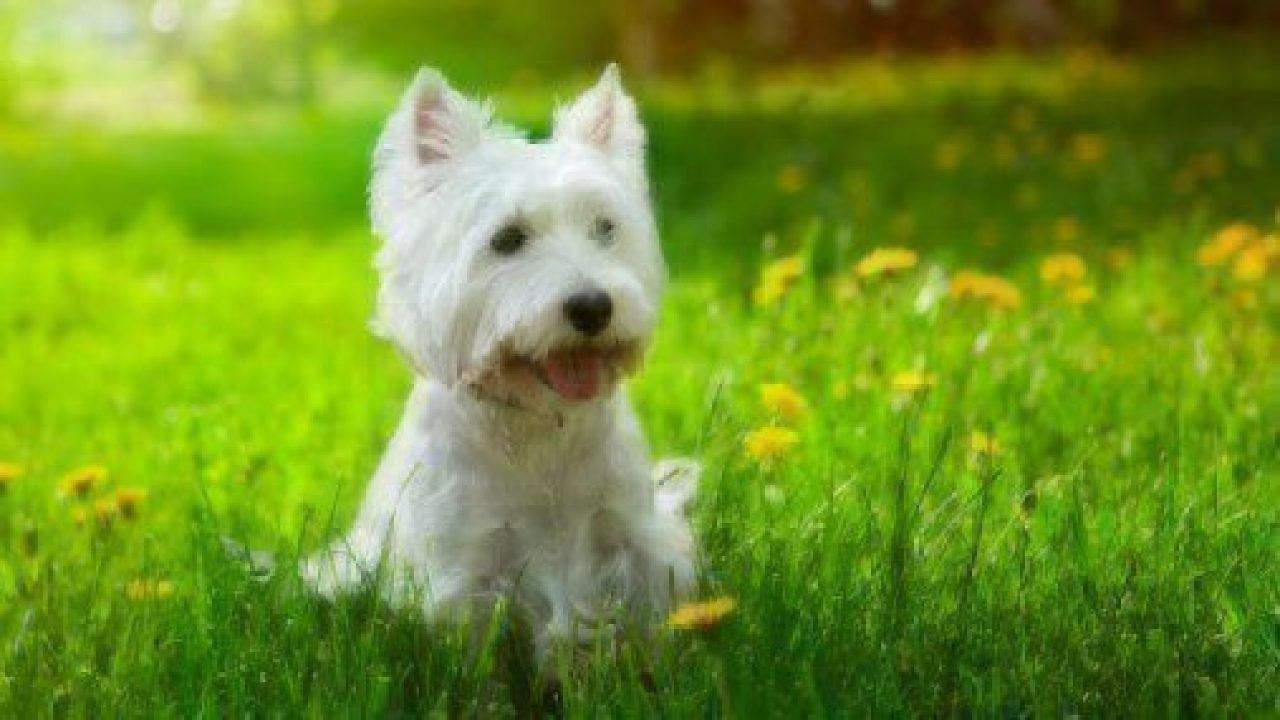 West Highland White Terriers, dubbed Westies for short, are wee doggos with energetic, vivacious, larger-than-life personalities. In fact, ask any current owner and they’ll probably confirm that this breed seems to think it’s way bigger than its actual size (in our opinion, that only makes them that much more endearing!).

Westies are inherently curious and confident, which means they’re eager to courageously explore everything around them. Beyond their desire to learn about the world, they are also exceptional companions. Their intelligence and agility also make them an easy breed to train, which is one reason why they’re commonly chosen as therapy dogs.

Another reason why they make good companions and therapy dogs is because they’re exceptionally social. Westies get along well with strangers, children, and even other pets (excluding small rodents, which they were originally bred to hunt). Though this social nature prevents them from being “guard dogs,” they do make a wonderful best friend.

Because of their small size — they’re 13 to 22 pounds on average and clock in at about 10 inches tall — Westies do well in both tiny apartments and larger homes. As their formal name denotes, all Westies have white, slightly shaggy coats with a surprisingly muscular build underneath. They also have notably (and downright adorable) pointed, perky ears, deeply set eyes, and a black nose. Their average life span is 12 to 16 years. 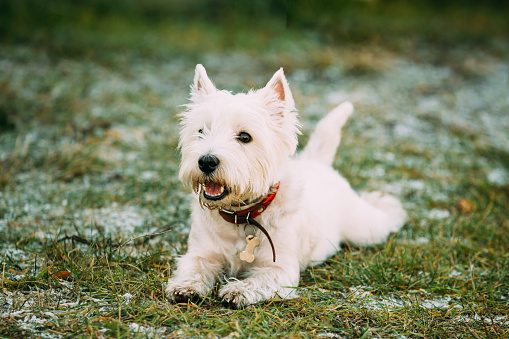 Let’s go back to the Westie’s full, proper name: The West Highland White Terrier. Based on that, you might be able to guess that this pup originates in Scotland. This wee breed come from the same family tree as other familiar Scottish dogs, including the Cairn Terriers, Scottish Terriers, Dandie Dinmont, and Skye.

As is the case with much canine history, we don’t know a lot about the Westie’s full background. What historians are confident of, though, is that it was bred specifically to hunt small rodents, as well as medium-sized prey like foxes and otters. There’s also an accepted theory that a man named Edward Donald Malcolm, the 16th Laird of Poltalloch, was hunting with his dog when it was mistaken for a fox and killed. He sought out to only breed white terriers — aptly dubbed “Poltalloch Terriers” — to prevent the same mistake from happening again.

A humble man, Poltalloch didn’t want the breed to be named after him, and so the name became what it is today. In 1906, the West Highland White Terrier was formally acknowledged by the Kennel Club of England. 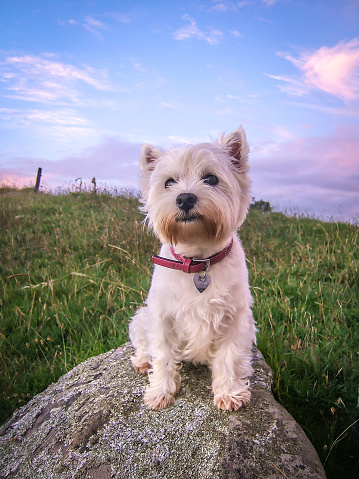 Westies are generally healthy dogs, but like any breed they are susceptible to a few specific ailments. Those include Craniomandibular Osteopathy, an issue that causes cranial bones to be malformed; Legg-Calve-Perthes Disease, an issue that prevents adequate blood flow around the femur; Pulmonary Fibrosis, which also goes by the name Westie lung disease; cataracts, which commonly develop as the breed ages, and Patellar Luxation (kneecap dislocation), which tends to affect smaller breeds.

Consistent visits to the veterinarian are imperative to staying on top of your Westie’s health and ensuring they live a happy life. Enrolling in pet insurance means these congenital conditions are eligible for coverage, as well.

Share a picture of your wild Westie with us on Instagram by tagging #gohealthypaws. And if you aren’t already a pet parent with us, look into getting a free quote to help safeguard not just your special pup, but your wallet too.