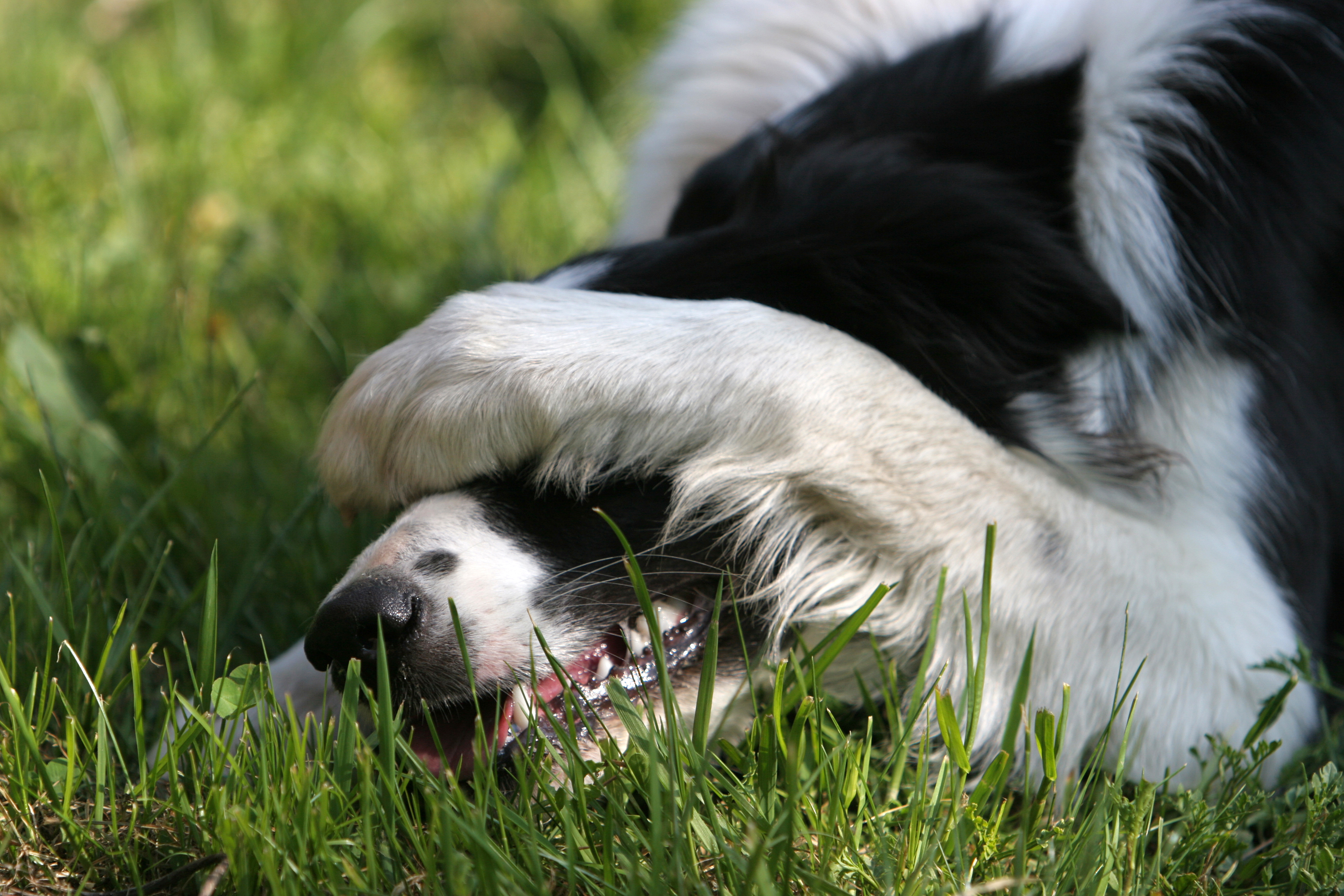 If you didn’t think dogs and their gassy ways got enough attention, this is the time each year that we acknowledge the smelly realities of pet ownership—and passing gas is chief among them! Even cats fart, but with dog’s tendencies to eat anything and everything in their path on even the most relaxing of strolls, things can get pretty stinky.

Oddly enough, April 8 is “Dog Farting Awareness Day,” so it’s true – there really is a national day for everything. Dog farts are a common complaint, but what is the root cause, and what can you do to decrease smelliness and human suffering as a result of these sulphurous clouds of doom? We are gathering up flatulence intel along with some stink proof remedies to get your air quality back up to par, and hopefully minimize any stomach discomfort that your dog may be experiencing along with said farts.

Do You Need to Go to the Vet?

Sometimes when a dog passes gas you have to run for cover, this is because they have a much higher percentage of the assaulting aromas of putrefaction, coming right out of those bodies, no matter how tiny or huge. Even a chihuahua can put you out of the room if they snatch up something they shouldn’t have.

First thing’s first: any major changes in your dog’s..err…waste management system might require some vet attention. If frequency and intensity of gas is going down for more than an afternoon, something could be up.

Dogster goes into more detail, “If your dog is very gassy, your vet might want to run certain tests, especially a fecal test to check for parasites.” They continued, “If no overt issues are discovered as the cause of the dog gas, your vet might talk to you about switching your dog to a higher quality of the food for increased digestibility.”

Food isn’t the only cause of dog farts, and VetBabble.com, a site run by vets, said, “Flatulence in dogs could happen for a number of reasons. Swallowed air, if not burped up, has to come out somewhere. They can also produce excessive gas due to diet.”

In 2001, scientists decided to put these matters into quantifiable research, developing a specialized ‘fart suit’ that collected data on the gasses released and Scientific American took a close look at what they found. They said, “The fart suit measured what the dogs were dishing out, specifically hydrogen sulfide concentrations in parts per million. Second, an Odor Judge joined the team. Yes, someone was assigned to assess the odor of dog farts.”

Flatulence in dogs is very common, but more so in breeds with less snout space, like bully breeds, who vacuum up their food and the air around it. No matter what is at fault, it can be a nuisance. So what can you do to reduce either the frequency or potency of dog farts?

Addressing the cause of your dog’s gas is only path to fewer farts. If they are taking up too much air through their mouths, specialized bowls can make them work for their kibble a bit more. If it’s digestive, vet recommended probiotics and a closer look at their diet may be the ticket. Other dogs will need more regular exercise to get the gas out.

The above study that included the unofficial fartometer also found one potential solution: Yucca, zinc, and charcoal infused dog treats. They counted a whopping 86% reduction in smelliness when all three ingredients were fed to the study pups. While this does show promise, it hasn’t been tested for long term use, so always ask your vet before adding new substances into your doggie’s diet. Even if it may mean less gas, it’s better to be safe about what you feed a dog.

Tummy troubles are no laughing matter and by enrolling in pet insurance before your pup exhibits symptoms, claims will be covered. If you aren’t already a pet parent with us, look into getting a free quote to help safeguard not just your dog, but your wallet too.