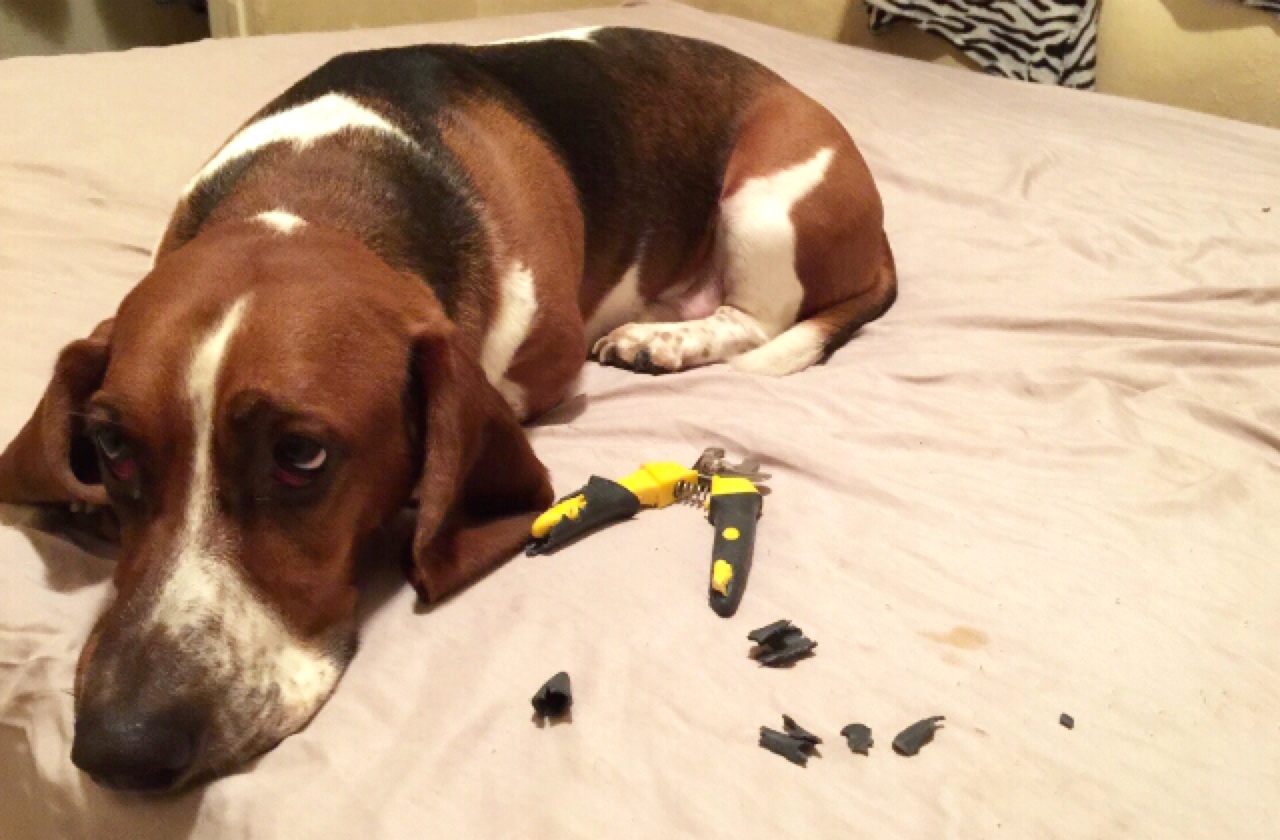 Dogs are helpless, hapless creatures that seduce us with their cuteness into helping them survive. Just like human babies, dogs put everything into their mouths. If it smells even remotely appetizing, a quick taste test is required. Most of the time, this instinct is harmless; the object is either boring or gross enough to dissuade the dog. In some cases, however, the consequences can be deadly.

The most dangerous part about intestinal obstructions in dogs is that it worsens over time, sometimes dramatically. Depending on the object ingested, the following can occur:

A dog’s bowel obstruction usually requires at least a minor procedure to remove the object via endoscopy. In severe or emergency cases, more advanced surgery may be necessary. These procedures are costly – the average cost of a dog intestinal obstruction is $3,000. While pet insurance can cover the majority of these costs, even then the cost is steep. Prevent your dog from ingesting foreign bodies by keeping the following items out of paws’ reach.
1. 62 Hairbands and 8 Panties

Tiki the black Lab made headlines this week after chowing down on a record-breaking number of hair ties. The Pennsylvania pup needed surgery after initial treatments for vomiting, diarrhea and anorexia were unsuccessful. In addition to the hairbands and underwear, Tiki gobbled one Band-Aid and four rubber bands. Her pet parent reported that in the past she had also eaten (but thankfully passed) a Nerf gun dart. We’re happy to report that Tiki is recovering well at her home in Mars, Pennsylvania!

This video surfaced last month of an uncomfortably stoned Siberian Husky who consumed his pet parent’s cannabis-laced Rice Krispy. The pup – named Loki – shows all the classic signs of marijuana toxicity in dogs, including glassy eyes, dilated pupils, coma and incoordination. If you suspect your pet has eaten any amount of marijuana, contact your local vet or the Pet Poison Helpline immediately! Loki’s story has a happy ending, as do most pets’ with proper treatment.

In another recent case, coincidentally also from Pennsylvania, Vince the four-year-old dog snacked on his mom’s Frye leather riding boots. Even Vince’s vet admitted the feat was stunning. “These X-rays are absolutely remarkable, especially given that you can see and count the number of eyelets on the boots,” said Dr. Laura Tseng. The sheer volume of what he ate is impressive and caused a very serious emergency situation.” While incidents like this can seem unavoidable, even simple steps like closing your closet doors can make a big difference – just ask Vince’s mom (and her wallet).

Yes, you read that right. A Magnolia, Texas pup devoured a teen girl’s AP World History project – twice. Roscoe didn’t require surgery, just an endoscopy to remove dozens of tiny diorama parts. “Half of a horse body, a sheep, a chicken head,” said Roscoe’s surgeon Dr. Carl Southern, listing what he pulled out. “I kept seeing a little pink horse body go by, but it ended up being a pig with a curly tail.” The greatest danger to the dog was chicken wire, which could have perforated his bowel. Roscoe is back to mischief-making at home, and as his pet parents will advise you – keep an eye on troublemaking pups! 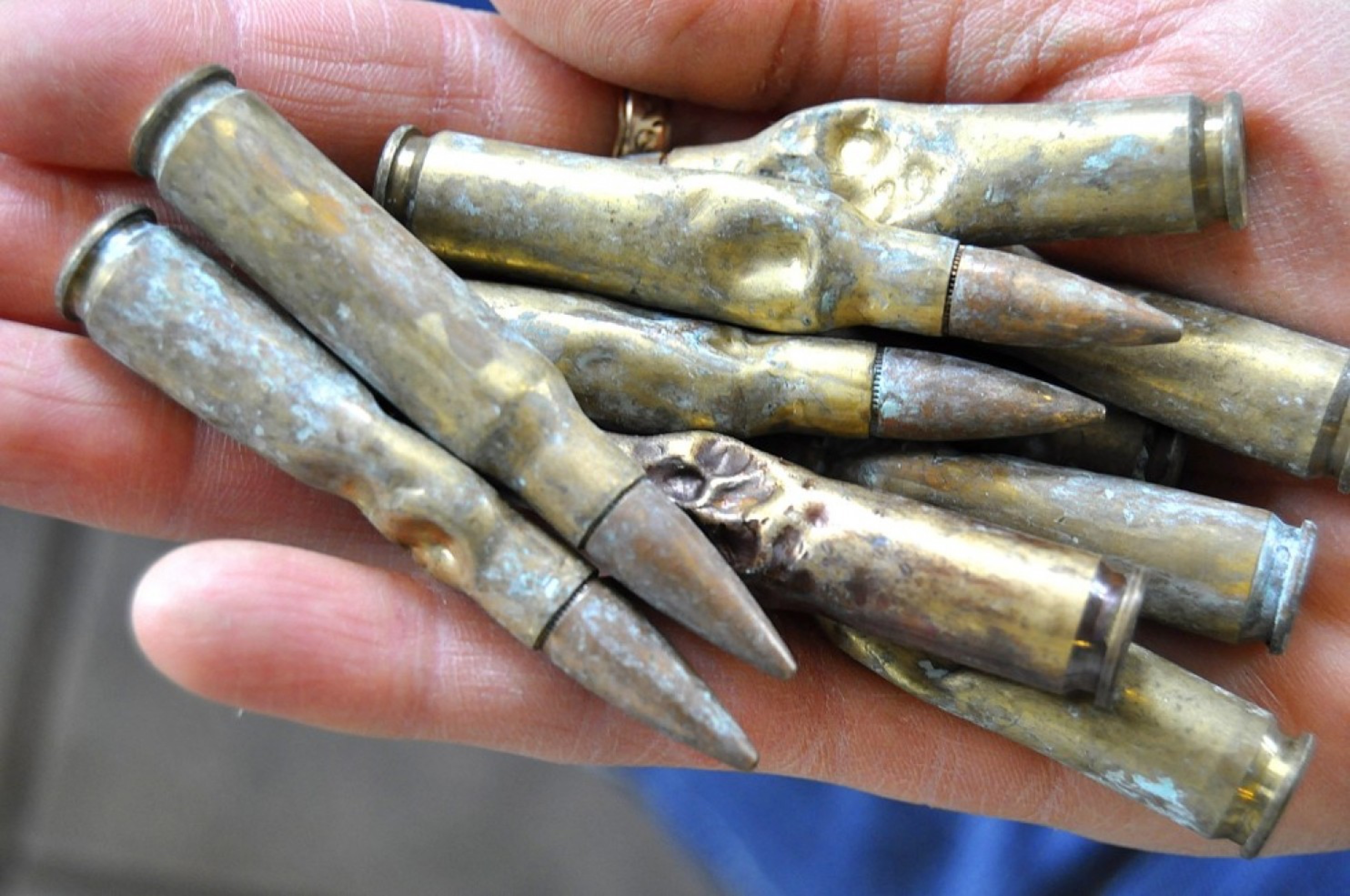 This legendary feat is just a footnote on the rap sheep of Benno the Belgian Malinois, who’s gulped down a whopping 37 other types of items; this figure doesn’t even include individual bottle caps, blankets and rocks, among others. Benno’s pet parent had left the .308 caliber ammunition rounds in a sack next to his bed, the scene of the crime, where the canine chewed and thoroughly mangled each shell casing before swallowing. After he began sporadically vomiting ammunition, they made a trip to the vet. Luckily the rounds were made of brass and copper, which are not toxic to dogs. After two hours in surgery, Benno was sent home to recuperate – with two rounds still inside. The omnivorous pup later passed them both, to the relief of his pet parents. “I won’t be leaving ammunition laying around anymore, I can tell you that,” said Benno’s dad. “But really, you’re never going to stop him. It’s just a question of what he’s going to eat next.”

A Norfolk, England man discovered his Cockapoo Freddie nibbled on his tickets to his club’s play-off game, damaging the barcodes. Luckily for Matt Grimmer and his sons, the Norwich City club graciously reprinted the tickets. Two-year-old Freddie seemed to have no ulterior motives, as he’s a homegrown Norfolk fan, a fact the BBC made sure to thoroughly investigate. 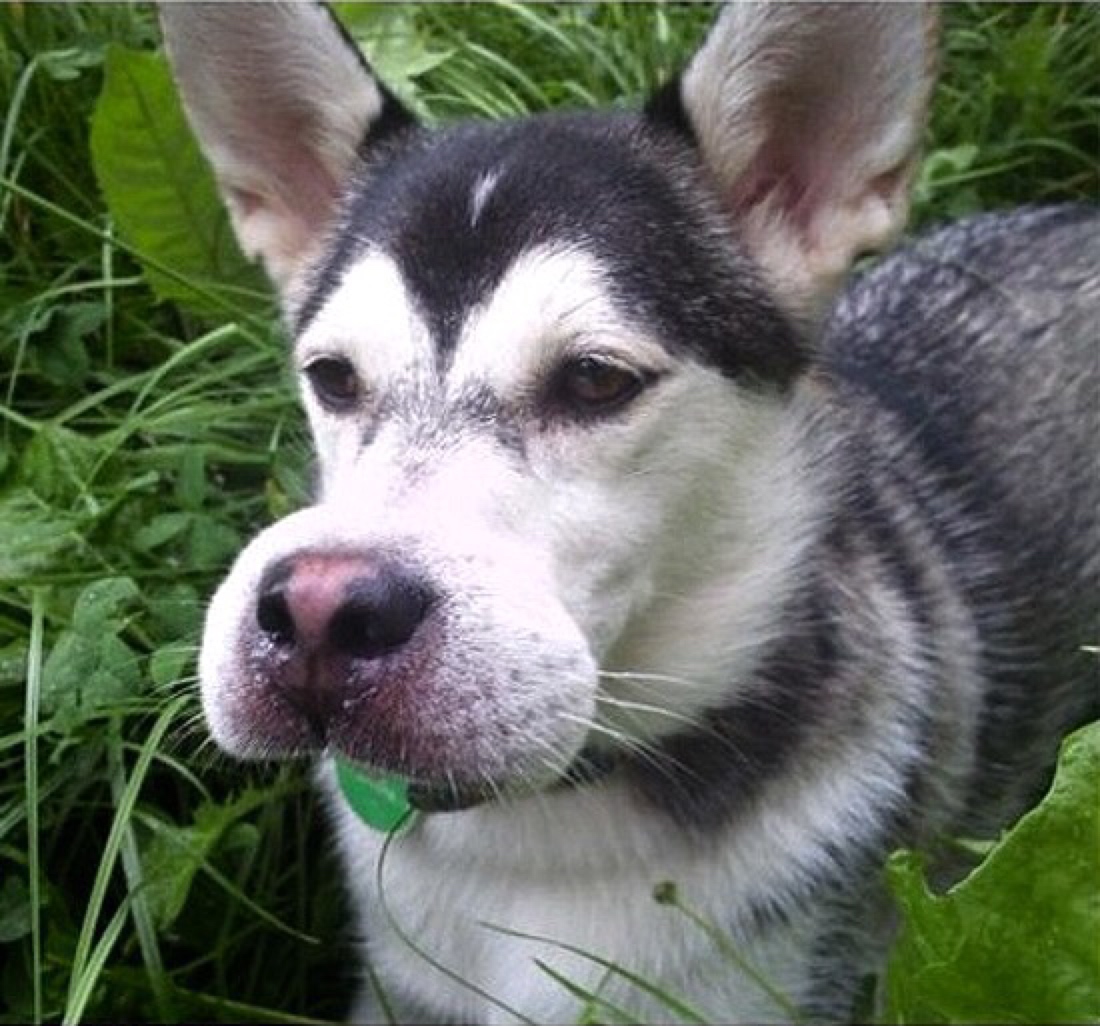 While it may seem incredibly stupid, many a dog has unwittingly consumed a bee, wasp or yellow-jacket. Sometimes the ingestion happens by accident, other times through ignorance. Swelling occurs at the site of the sting, which is usually in the cheeks and muzzle area. Just as in humans, try to remove the stinger using a credit card, not tweezers, which can further puncture the venom sac. Apply ice to the affected area and call your vet, who can advise you on the correct dose of Benadryl for your dog’s weight. Some pets are allergic to bee stings and will have a severe anaphylactic response. If your dog begins vomiting and has pale gums not long after being stung, seek emergency veterinary care!

This adhesive’s scent is tantalizing to dogs, but with serious side effects. Diisocyanate glues – which includes most wood and super glues – rapidly expand inside the stomach, creating a dangerous bowel obstruction. Signs your dog may have eaten glue include excessive drooling, distended stomach, vomiting and loss of appetite. If the mass formed is large enough, surgery may be required to remove it. A fast-forming intestinal obstruction like this requires immediate care, so call your vet or the Pet Poison Helpline.

When dogs compulsively eat non-food objects, the condition is called pica. Gravel, dirt and even feces are all common temptations to pets with pica. (The disease is also found in humans, who have been known to eat fingernails and toilet paper.) Almost all puppies go through a phase like this, but most grow out of the behavior. Eating small amounts of grass is also normal dog behavior, a natural Pepto Bismol; it’s when the consumption becomes compulsive that behavior modification is required. Pica in dogs is also a symptom of nutritional deficiency, so see your vet for any unusual changes in your pet’s behavior.