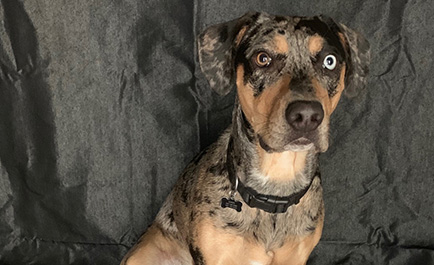 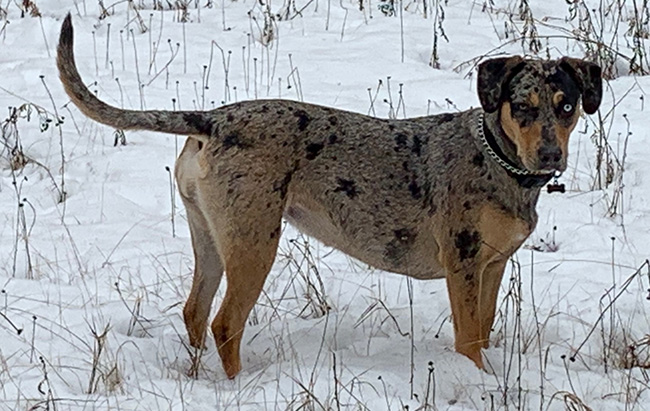 When pet parent Serena adopted her dog Jenny in June of 2018, she debated getting pet insurance because Jenny is a mixed-breed Catahoula Leopard dog, a breed known to be healthy, long-lived and not predisposed to congenital issues.

Fortunately, she decided to get insurance after all, and she soon found out how many things can go unexpectedly wrong. During the waiting period for the insurance, her pup ate a rock that would not pass. Serena opted to have the rock removed via an endoscope with a small basket catch to scoop it up and pull it back out, instead of surgery, which would have had a much longer recovery time.

After that, Jenny had bouts of loose stool and diarrhea for several months until the vet diagnosed it as coccidiosis, a condition caused by tiny single-celled parasites that live in the wall of the dog’s intestine. Later, Serena learned that the coccidiosis may have led to Jenny acquiring Inflammatory Bowel Disease (IBD) a condition resulting from infiltration of the gut wall with inflammatory cells.

Jenny was treated with medication for the two conditions, and then Serena embarked on an effort to find a diet that would work, doing numerous food trials until she stabilized Jenny on home-cooked meals formulated with the online help of a vet nutritionist.

Then, Jenny was bitten by a rattlesnake while in the backyard. Fortunately, it was only a “dry bite,” so the poison was not absorbed.

Even after all this, Jenny’s most serious medical issues were still to come, or, “This is where it got interesting,” as Serena says. Jenny was to be given fluids for the snake bite, but the vets detected a pronounced heart murmur and decided against it. An EKG was not definitive, so she was scheduled for a cardio ultrasound.

Jenny was found to have severe pulmonary stenosis, a condition where blood flow is obstructed from the right ventricle to the pulmonary artery. If Serena did nothing, Jenny would likely have congestive heart failure within one year, the vets said.

The vets performed a valvuloplasty, a procedure to repair a heart valve with a narrowed opening.

During the procedure, Serena asked the vet to look at Jenny’s jaw while she was sedated as there was a lump that was small but growing on her jawbone.

Jenny recovered well from the valvuloplasty and was taken off some beta blockers. She seemed to be feeling much better.

But then there was that lump on her jaw. The oral surgeons who looked at it concluded it was either a dentigerous cyst or a cancerous growth. After Jenny had recovered from her heart procedure, Serena brought her in to have it examined. 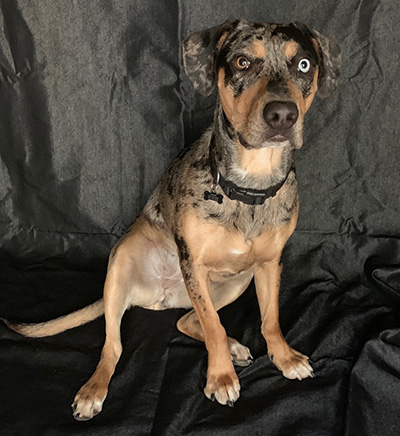 The results of the X-rays they did were more alarming than Serena could have imagined. Not only did Jenny have a cyst on her left side but an equally bad one on the right. Serena said she learned that these types of lumps often go unnoticed, and the longer treatment is delayed, the worse the outcome.

Dentigerous cysts are relatively common, and they happen when teeth fail to erupt or emerge normally and remain in the bone. A missing tooth is the first indication that a cyst may be present. Dental radiography should always be performed when unexplained missing teeth are detected.

The cysts had eaten into Jenny’s jawbone and surrounding teeth so Jenny had only a tiny amount of bone remaining on either lower side.

“What we thought were healthy teeth were mostly dead. She was very close to a full fracture and the entire lower front jaw just breaking off. We thought about the things she had done that could have broken it and realized how lucky we were,” Serena wrote.

Surgical removal of the cysts meant Jenny also lost her lower front teeth and most of her premolars (the teeth in the back used for crushing). The vet placed bone grafts to stabilize her jaw.

So, at only one-and-a-half years old, Jenny is eight teeth short on her lower jaw. She won’t be able to play tug-of-war and will probably never be able to chew on hard things such as bones and pig ears, Serena said. She can only have soft food, which she was already getting because of her special diet.

“Since dogs aren’t really full-on flesh tearers anymore and she has her molars, her life should be normal for the most part, but restrictive of the harder things dogs might like to chew,” Serena said.

Serena wanted to tell her story to educate other dog parents to be aware of dentigerous cysts and the signs to look for. She thinks if she had gotten Jenny treatment sooner, she might have kept all her teeth or lost only a couple. She said veterinarians didn’t notice Jenny’s missing teeth because they never looked in her mouth. Pet parents should always ask for a dental exam at the same time as regular check-ups.

“Turns out if a dog is missing teeth, you find out why!” Serena said. “I still feel so bad when I look at her little old lady toothless mouth. And Jenny is a smiler. She smiles big when we get home or when greeted in my car. Her smile is different now—a little less vicious and a little more Dracula but at least it’s still a smile.”

As Jenny recovers from her various ailments, Serena is glad she opted for insurance for her seemingly healthy dog.

“At least the financial burden has been more bearable and allowed us to make the decisions for her the way they should be and not based on financial reasons,” she wrote.