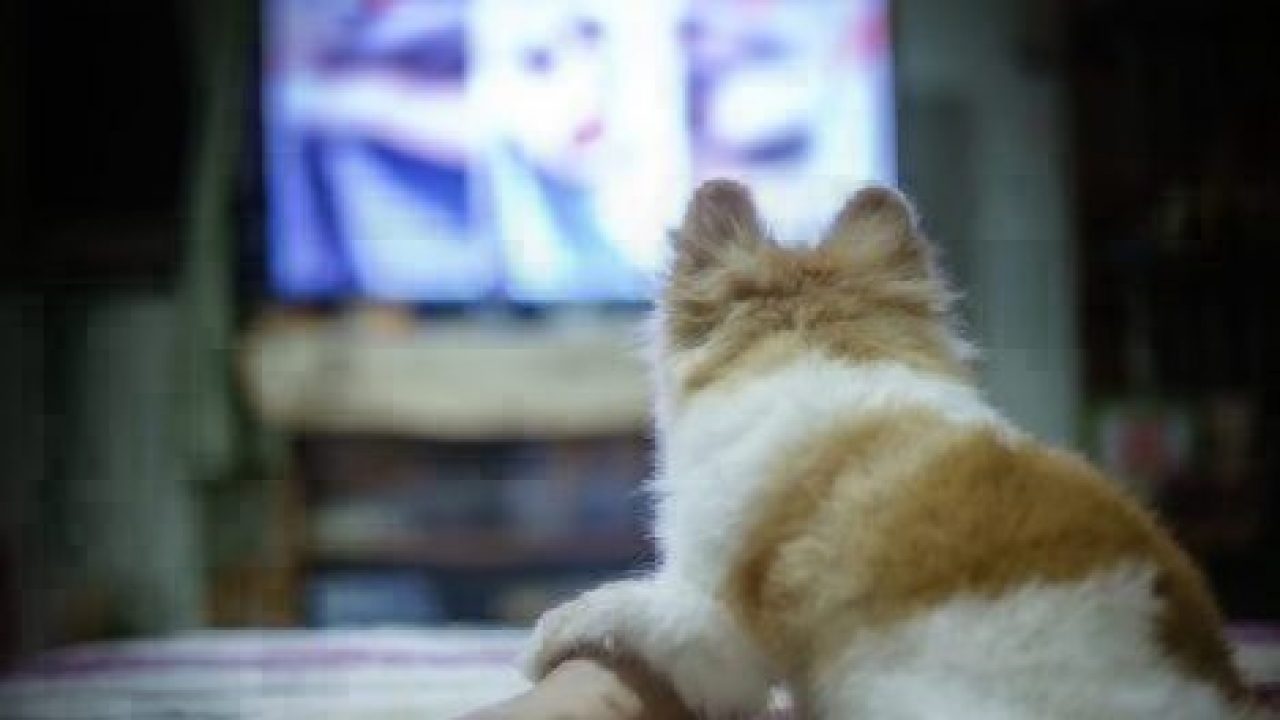 If anyone’s ever made fun of you for leaving the TV on for your pup— specifically Modern Family reruns because you know in your heart of hearts it’s his favorite show—then prepare to feel completely validated: Dogs not only watch and listen to TV, but they can also benefit from it. In fact, Ron Levi, founder of DogTV, a channel with content designed specifically for dogs, embarked (bada bing!) on the project after years of research on the pros of canine-specific programming. Their findings? It can help reduce stress and minimize separation anxiety, for starters. The team at Ollie talked to Levi about what pups really like to watch and why.

While it may seem like your pup is head over heels for Sofia Vergara, he’s probably more obsessed with Gloria’s French Bulldog, Stella: dogs react best to seeing their own species, says Levi. That’s why DogTV films lots of dogs running around, playing, fetching, swimming, and sniffing. And because dogs are sensitive to motion, showing them footage of rapidly moving objects and animations, like dogs jumping and adults running with their dogs, is key to keeping them engaged.

They need to see certain colors

So, if dogs love watching animals moving so much, maybe you’re wondering, “Can’t I just turn on National Geographic?” Well, sure you can. But Levi reminded us that dogs don’t see the world the same way we do…literally. They only have two color receptors, meaning they see mainly blue, yellow, black, white and shades of grey. DogTV has embraced this by emphasizing those colors to help dogs see the visual images better. Plus, most content on regular, human TV isn’t from the perspective of a dog. They’re much more likely to be engaged if the filming is from their point of view. Think: footage from a GoPro strapped to a doggo’s head.

In addition to those visuals, catering to the sound is crucial as well; we all know dogs have some serious hearing skills. While they’re home alone, they love hearing positive affirmations (“good dog” and “don’t be afraid”), as well as sound frequencies (healing tones to relax dogs) and soothing music. In one of Levi’s studies, 72 percent of dogs became very sleepy and relaxed after listening to bioacoustic music. Any shows that incorporate those types of sounds fall into your pup’s must-watch list.

Content provided by Ollie. The Ollie blog is devoted to helping pet parents lead healthier lives with their pups. If you want to learn more about our fresh, human-grade food, check out MyOllie.com.