Blog / Community / Dogs Are Revered at This Nepal Festival
Community

Dogs Are Revered at This Nepal Festival 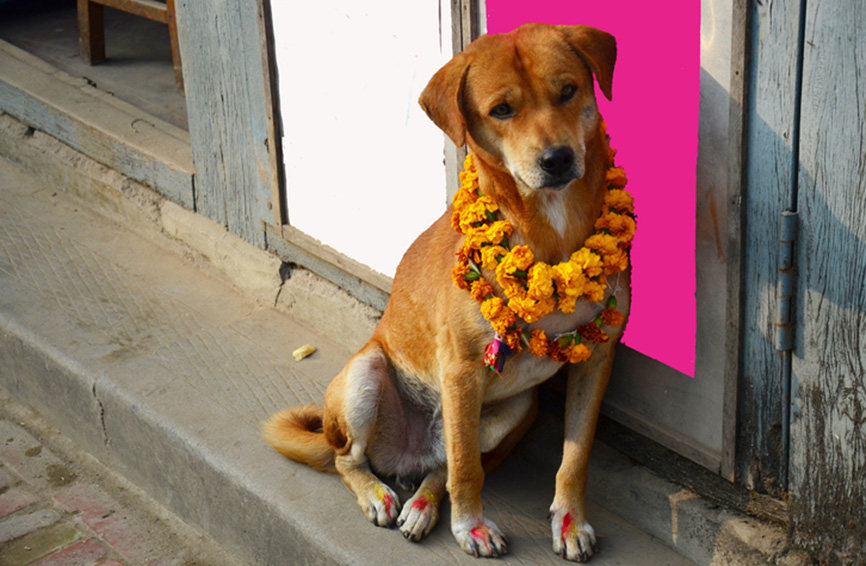 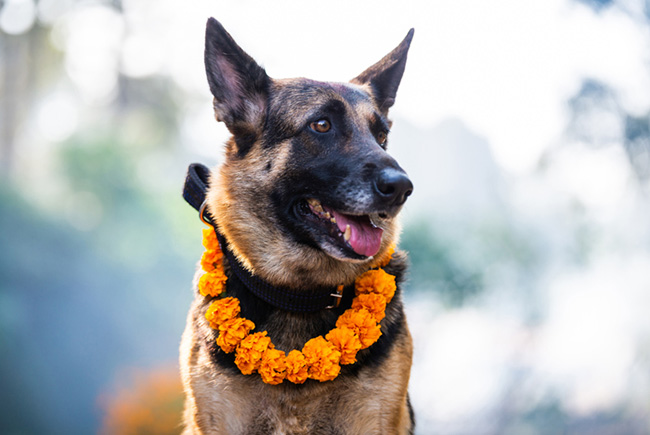 Nepal boasts the highest mountain in the world (Everest), stunning scenery, warm and friendly people, and one charming tradition that we think is worth highlighting: an annual festival of lights with one day specially set aside to honor dogs.

On this day, known as Kukur (dog) Tihar, all dogs, whether pets or strays, are offered treats and worshipped by placing a tika (red mark) on their forehead and garlands of marigolds around their necks. The “day of the dogs” marks the special relationship between humans and their four-legged friends, where dogs are thanked and celebrated for their loyalty, service, and companionship, according to Wikipedia.

On other days of the five-day festival, residents worship other animals, including crows, cows, and oxen.

Nepal is a mostly Hindu country, and dogs occupy a special place in Hinduism as the ancient bond between man and dog appears frequently in their mythology.

In an epic Hindu poem, dogs act as messengers and guard dogs for Yama, the God of death. And the fearsome deity Bhairava is frequently depicted with a canine steed and companion.

In another story, five sons of a king are followed by a dog as they ascend to Svarga, the Hindu version of heaven. The eldest son is the only one of the brothers to complete the journey, but legend has it that the dog loyally follows him. At the gates of the heavenly place, the man refuses to enter without the dog, according to Wikipedia.

The Tradition of Nepal’s ‘Day of the Dogs’

Not many tourists will be traveling to Katmandu, Nepal this year to climb Mount Everest or celebrate the festival of lights due to the ongoing pandemic. However, the people there are still marking local traditions. The day of the dogs this year falls on Nov. 14, day two of the five-day festival.

The idea has gained popularity on the internet and was even adopted by a Mexican animal rights group in 2016 for similar celebrations in Mexico.

If you want to celebrate your dog on this day in Hindu style, just create a lei out of marigolds to place around their neck, put a splotch of nontoxic and washable red paint on their head, and give them lots of extra treats. Or worship them every day, as they deserve to be, with love, walks and cuddling.