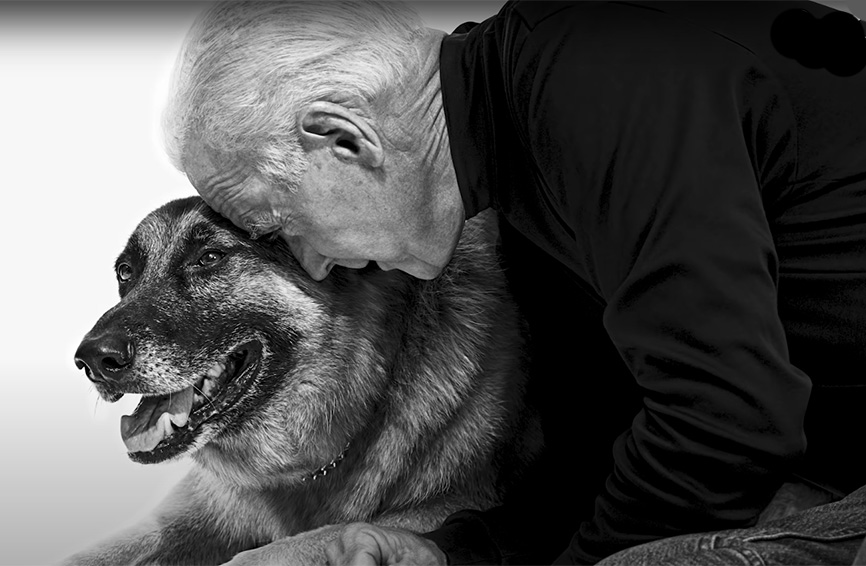 When Joe R. Biden is sworn in as the 46th president of the United States tomorrow, he will be making history on several fronts, but our favorite reason has to be the two rambunctious German Shepherds he brings with him to the White House.

After a four-year absence of any pets in the presidential abode – the only time in modern history when there has been no presidential pet of some sort – dogs will be returning in the form of the Biden family dogs named Champ and Major, or the DOTUS’s (a play on the POTUS: President of The United States) as some on social media are calling them.

The history-making part of the ascension of these “first dogs” is that Major will be the first presidential pet to have been adopted from a shelter. Joe and Jill Biden rescued two-year-old Major from the Delaware Humane Association in 2018. According to Wikipedia, Major was part of a litter that had been exposed to “something toxic” and the owner was unable to afford the expense of veterinary care. The Bidens had been fostering him and decided to adopt him.

Major is believed to have been named after the Biden’s son Beau Biden who died in 2015 of a brain tumor and was a major in the Delaware Army National Guard.

Champ, the older dog at 12 years old, was adopted by the Bidens in 2008 from a breeder in Pennsylvania, apparently after Joe Biden promised his wife he would purchase a dog if Barack Obama won the 2008 presidential election, which he did. Jill Biden had taped photos of different dogs on the seats of Biden’s campaign plane (when he was running for vice president) until he chose one. His granddaughters named the dog Champ.  Biden would give children little plush toys of Champ during his vice presidency.

Presidential pets are already in the news

In addition to bringing their dogs to the White House, in a show of bipartisanship and unity, the Bidens also plan to get a cat.

To celebrate this momentous occasion, the Delaware Humane shelter hosted a virtual “Indoguration Party” on Jan. 17 hosted by the Today Show’s Jill Martin and special guest Sir Darius Brown. Brown is a 14-year-old entrepreneur and animal rights activist who makes bow ties for shelter dogs.  Attendees were asked to pay $10 to attend the online event, with all the proceeds going to support the shelter.

“From shelter pup at Delaware Humane Association to First Dog at the White House, Major Biden is barking proof that every dog can live the American dream,” the shelter wrote.

Major has already made the news when Biden apparently fractured his foot while playing with the dog in November, requiring him to wear a walking boot for a few weeks. The transition team even released a hilarious press release about the accident written from the perspective of “Co-First Dog-elect Major” from the “Oval Pawffice.”

During the election, the Biden campaign even produced an ad touting the importance of bringing presidential pets back to the White House with the tagline “Choose your humans wisely.” And Jill Biden adapted the campaign slogan “Build Back Better” to “Bark Back Better” in one Instagram post.