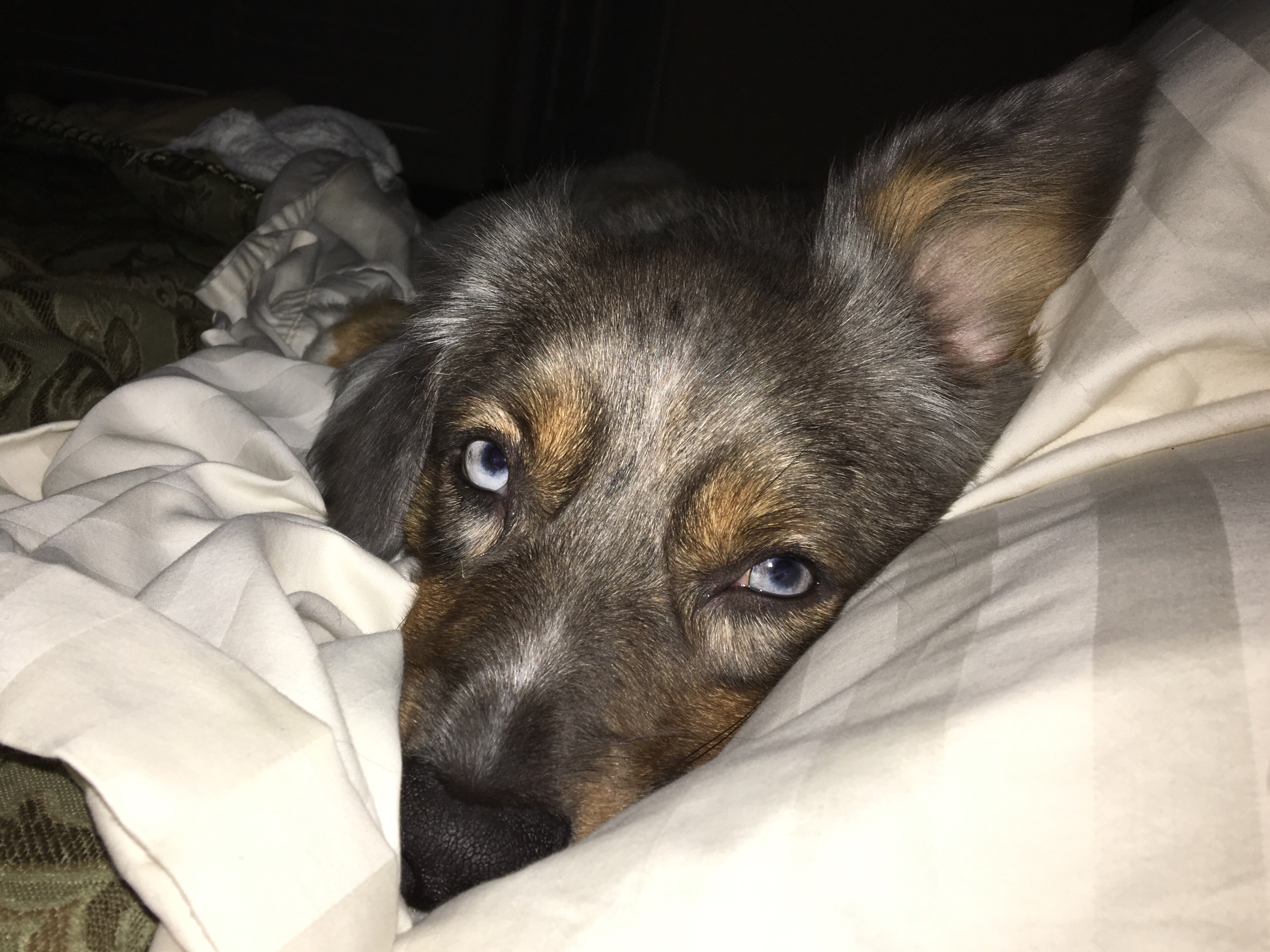 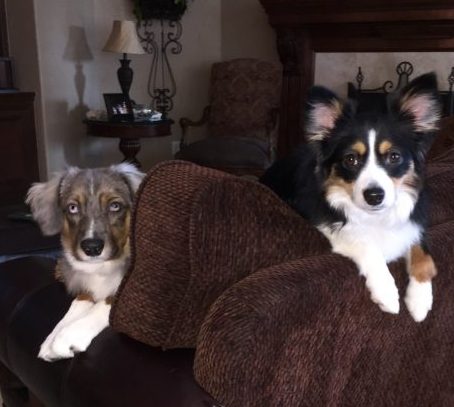 “We had three standard Aussies prior to the two we have now –– today we have Bella and Tucker Boy, both miniature Australian shepherds, and they get along like Frick and Frack!” says Dee about her two happy pups. Little did Dee know that her pup Tucker Boy (also just called “Tucker”) would be diagnosed with epilepsy before he was even a year old.

Epilepsy is a general term for a collection of neurological seizure disorders that source from abnormal electrical impulses within the brain (with or without loss of consciousness). If your dog experiences more than one seizure episode, with each seizure episode greater than 24 hours apart, he or she may be considered to have epilepsy, and like Tucker, it will need to managed for the rest of his or her life. Now, there are several causes for seizures, and not every pet that has seizures has epilepsy. Nonetheless, epilepsy is known to be one of the more common conditions in dogs, with multiple breeds having a genetic predisposition over others.

Dee and her husband discovered Tucker’s condition one day while attempting to get Bella and Tucker in the pool – “floaties on!” They noticed that Bella would get in while Tucker was hesitant. “He’d chase the ball outside the pool, but on one throw, well, he was at the edge of the pool and started convulsing! He fell in the pool and my husband pulled him out. We thought he had choked on the ball and we really thought he was gone.”

Dee and her husband rushed Tucker to the vet, thinking something was obstructing his airway, but “there was nothing lodged in his mouth.” They were advised to watch him as he might have had a seizure. It was then that Tucker started having seizures almost weekly, and was referred to a veterinary neurologist. 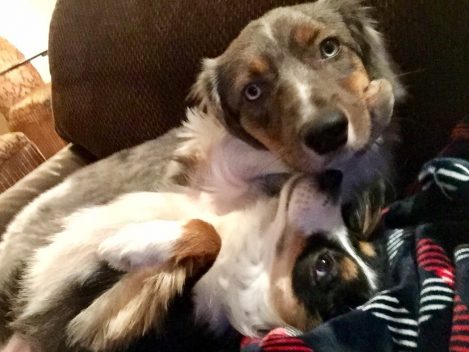 Overall, seizures can be caused by trauma, toxins, brain tumors, infections or issues with your dog’s blood or organs. Additionally, certain types of seizures can be genetic. Epilepsy can be classified into three main groups: juvenile (birth to 1 year of age), idiopathic (1-6 years of age), which is what Tucker was diagnosed with, or cryptogenic (9+ years of age). It means that there may not be an identifiable underlying cause but it’s typically genetic, although it can possibly be environmental.

Note: If you think your dog may have had a seizure, even if the event stops spontaneously on its own, it is always recommended to have them evaluated by a veterinarian as soon as you can, especially if it’s within a short timeframe of your dog’s first seizure.

Some primary symptoms of a seizure include:

Now, when it comes to epileptic seizures, these episodes will usually appear the same each time, and will spontaneously come on and finish suddenly. Know what a dog seizure looks like, especially if your dog has diabetes or a metabolic condition that may lead to low blood sugar, which can cause non-epileptic seizures. Some toxicities can also lead to seizure such as insecticides or rat poison. 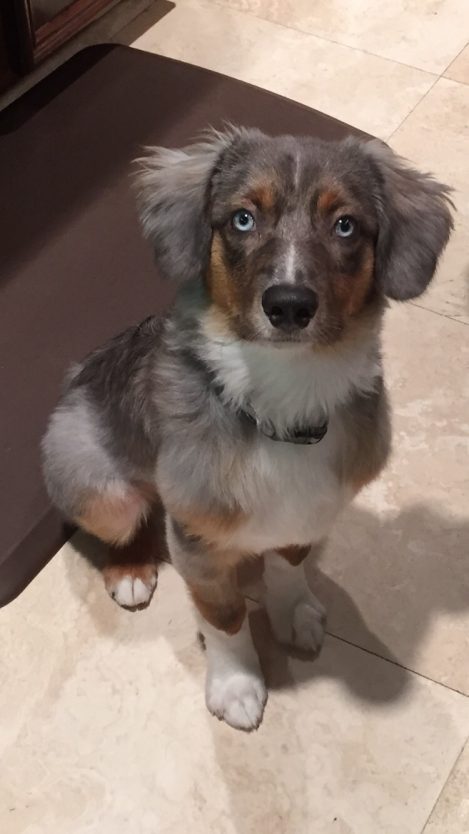 If your veterinarian believes that your pet indeed had a seizure, there is a recommended progression of procedures and diagnostics usually performed for further workup and diagnosis.

First, your vet will perform a physical and neurological exam, as well as basic but comprehensive bloodwork to help rule out any diseases or illnesses outside the brain that can also easily cause seizures. If no significant abnormalities are discovered, then the next step would be to see a veterinary neurologist, where if thought to be necessary, an MRI (brain scan) as well as a spinal tap (in order to analyze the cerebrospinal fluid within the nervous system) would be conducted to further investigate possible causes for your dog’s seizures from within the brain itself.

After all of this, if no definitive diagnosis is discovered both outside and inside the brain, your pet will likely be diagnosed with idiopathic epilepsy, otherwise known as epilepsy of unknown origin.

Treatment for this is relatively straightforward. Your veterinarian will start and maintain a regimen of anti-epileptic medications, while regularly checking general health and wellness over the course of treatment. Treatment in most cases is usually life-long, and the goal is to reduce the frequency and duration of seizures to a tolerable degree. It is usually not possible to completely abolish all seizure activity, but it often is possible to maintain a very adequate quality of life.

“They ran all the tests, thinking it might be neurological or even cardiology related,” says Dee. “Tucker was having seizures every other week or so but they didn’t last long. We were told that if they last longer than five minutes, it’s bad. So we monitored and journaled: what did he eat, how long and often were the seizures, what was happening when the seizure took place, etc.”

Tucker has been having seizures now for about two years. “Hopefully it’s juvenile epilepsy and he outgrows it, but he just had a seizure yesterday,” says Dee. He’s on a low dosage of Keppra Levetiracetam, an anti-seizure medication, about three times a day, and Dee says it works the best. “We have to give it to him every 8 hours, and no missing the hour! It must be on the dot 5am, 1pm, and 9pm.” Additionally, Tucker was diagnosed with IBDS (Inflammatory bowel disease), so his medication can’t interfere with that condition. 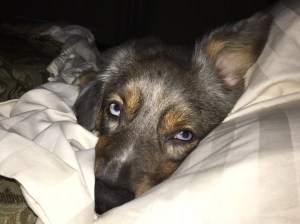 Tips for Living with an Epileptic Dog

An epilepsy diagnosis can be startling, and even disheartening at first. However, it is really just one of many conditions that an animal can get, and in most cases, can be well managed over time. Dee and her husband journal almost everything, and have found little tricks to help Tucker: “When he has a seizure, we give him a little cup of ice cream! He focuses on the cup and it lessens the effects of the seizure.” They have even employed the cup of ice cream while getting groomed: “One of Tucker’s triggers is going to the groomer, so we discovered a mobile grooming van who can come right up to the house! He’s only groomed once or twice a year, and he licks ice cream the whole time to get through it.”

Tucker’s triggers include fear and anxiety, or when he is very excited to play. “We had a party and he just wanted so badly to be a part of everything – and he had a seizure. We just try our best to manage it.”

Here are a few tips for pet parents on how to manage the disease, and keep your pet as happy and healthy as possible:

After years of having an extensive furry family, Dee knew how high the vet bills could go. “We’d been spending so much over the years before pet insurance and when we found Healthy Paws, it was the perfect fit. We loved that there was no cap, that you could choose your own reimbursement percentage and deductible. They’re both covered even though Bella is as healthy as can be, but poor Tucker really needed that insurance.” To date, Dee has filed over 50 claims totaling $25,426 of which she’s been reimbursed $19,591.

As pet parents, we want our puppies and dogs to be happy and healthy, so a diagnosis of epilepsy can be frustrating or even devastating. By enrolling in pet health insurance prior to symptoms or signs of illness, your vet bills for this chronic condition can be covered up to 90%. Sign up today by first getting a free quote. 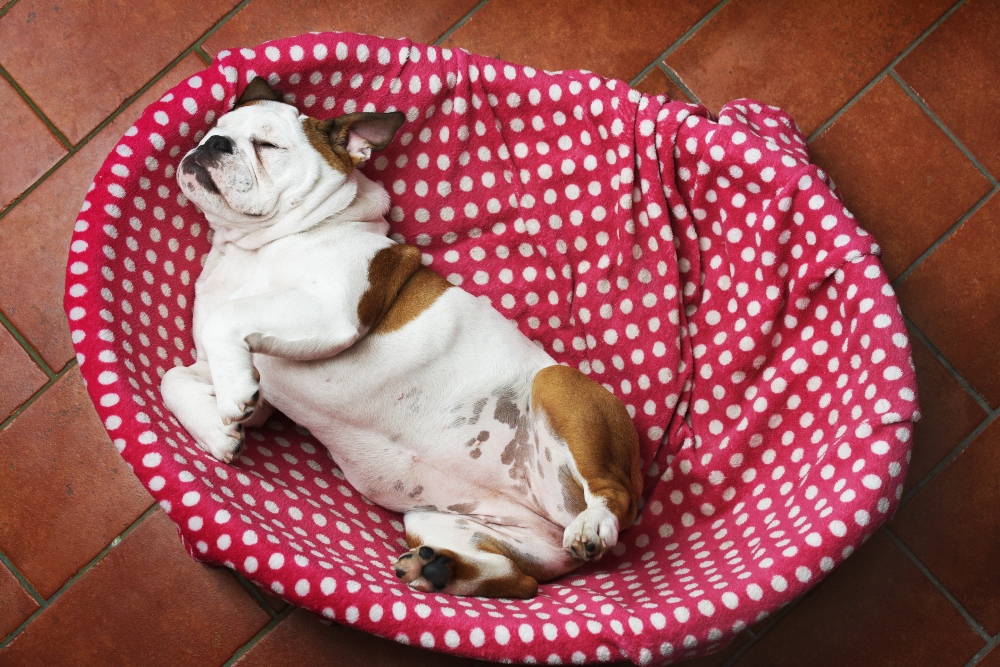 Why is My Dog’s Stomach Making Noise? 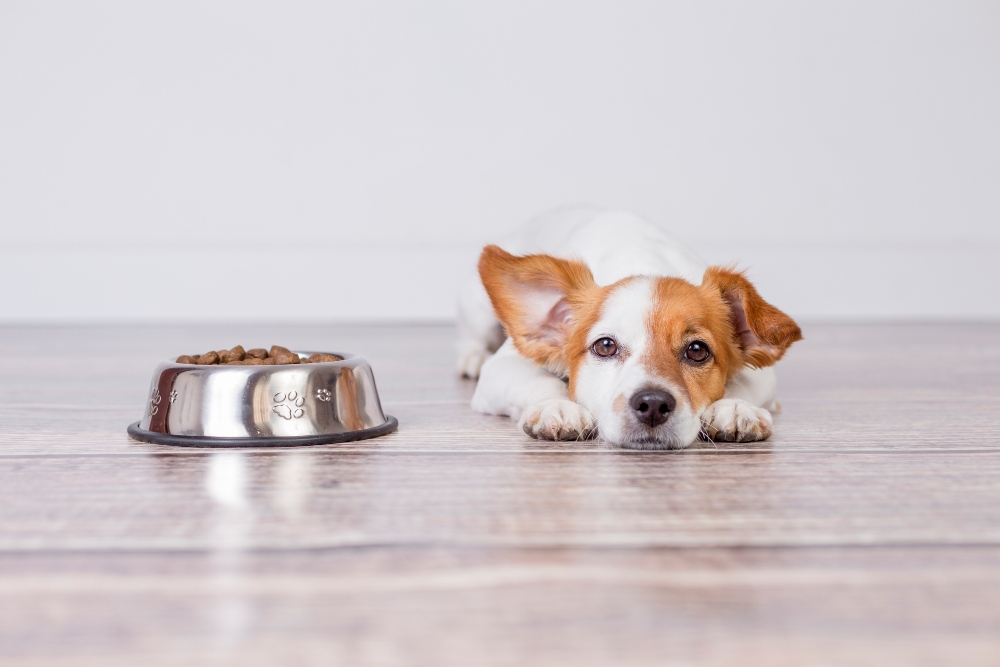 Why is My Dog Not Eating Regularly?