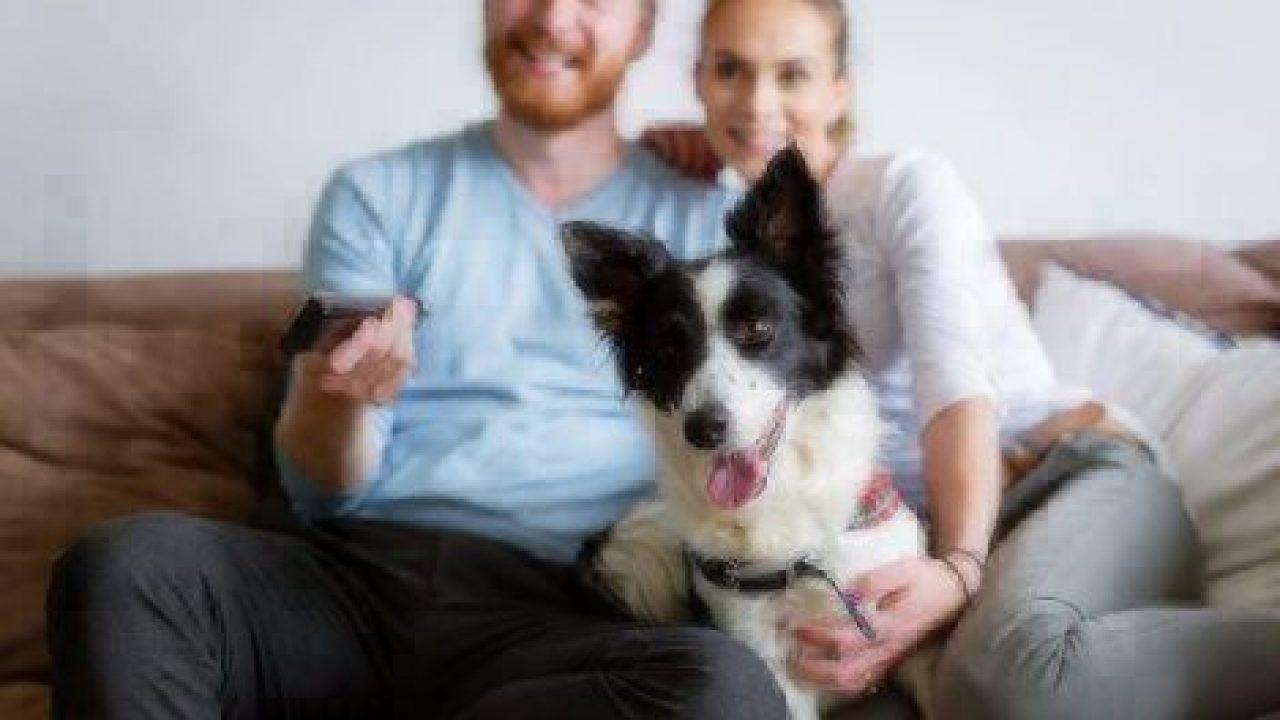 National Dog Day (NDD) is August 26, and to be honest, we can’t think of many days that are better than celebrating the existence of humankind’s best and most loyal friend.

“National Dog Day celebrates all breeds, pure and mixed and serves to help galvanize the public to recognize the number of dogs that need to be rescued each year, either from public shelters, rescues or pure breed rescues,” states the NDD website. “National Dog Day honors family dogs and dogs that work selflessly to save lives, keep us safe and bring comfort.”

From Oprah Winfrey to Britney Spears, NDD is a pretty big deal celebrated by many, and we certainly wouldn’t miss out on the chance to champion our tail-wagging besties! To celebrate, we’re taking a moment to recognize a handful of Hollywood’s most famous dogs of all (screen)time.

Toto from The Wizard of Oz 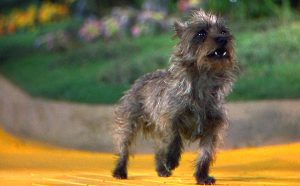 Toto, the sweet cairn terrier who traversed the winding yellow brick road with toe-tapping Dorothy, is arguably one of the bravest little pups in Hollywood. Not many could face those flying monkeys, a lion, scarecrow, tin man, and tornado with such intrepidness. Fun fact: Toto was a boy dog played by female dog actress Terry, and in addition to starring in The Wizard of Oz with Judy Garland, she appeared in Bright Eyes with Shirley Temple, and Tortilla Flat with John Garfield and Spencer Tracy. 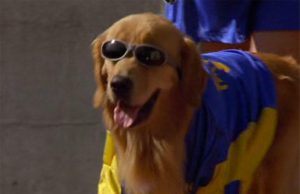 The next time someone asks, “If you could trade places with anyone in the world,” your answer should be Buddy, the golden retriever from Air Bud. His real-life story is a sweet and fateful one: Buddy was a straggly stray roaming around the Sierra Nevada mountains until a man named Kevin Di Cicco adopted him and trained him to do some sweet tricks (like bouncing a basketball). He was eventually the star of Disney’s famous movie, Air Bud, made a cameo on Full House as Comet, and even made appearances on David Letterman and America’s Funniest Home Videos. 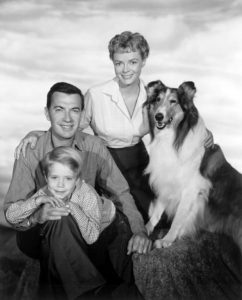 This list would be remiss with Lassie, whose name has become synonymous with the collie breed. From 1943 to 2005, there have been 11 films featuring the character Lassie. The first six were played by a collie named Pal, and the following five were played by various descendants. The films were wildly successful (hey, that’s what happens when you have such cute pups in the leading role) and there have been toys, comic books, and youth novels featuring Lassie. If you haven’t seen a Lassie film, perhaps you’ve seen a TV show where Lassie made an appearance, such as Whose Line Is It Anyway? and The Simpsons. 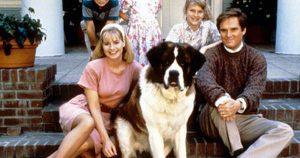 Got drool? If not, Beethoven — the giant, lovable Saint Bernard from the eponymous 1992 comedy — has got you covered (literally). He’s also going to make sure you’re having a good day, as he did with each of the family members in the film. It was Beethoven’s mission to help each character overcome his or her own hurdle, including helping Ryce talk to his crush and saving Emily’s life when she fell into the pool. Don’t you love a good dog- hero film? 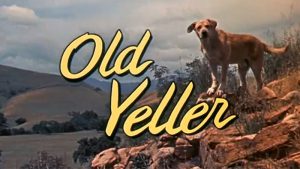 Old Yeller is yet another classic Hollywood film named after the canine star. This one was released by Walt Disney in 1957, and tells the tale of a young Texan boy who befriends a stray pup. The golden lab/mastiff mix gets into repeated trouble, ranging from stealing goods from local smokehouses and hen houses (can you blame a dog for wanting meat and eggs, though?) to getting into it with a bear. The ending isn’t an uplifting one, as you probably know, but it does relay the importance of life, death and the love of a dog. 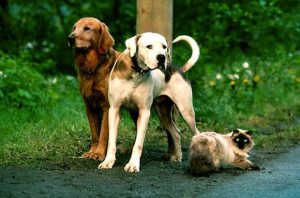 Chance and Shadow from Homeward Bound

One movie line that tugs at every viewer’s heartstrings has to be Shadow’s, “Peter, oh Peter, I missed you so!” after he comes hobbling over the hillside in Homeward Bound: The Incredible Journey. And while Shadow fulfills the viewer’s need for pure, unparalleled love, rascally Chance offers lots of comedic relief. These two, along with their feline travel partner, Sassy, will forever be engrained in every ‘90s kid’s memory.

Want to celebrate NDD yourself? It can be as simple and snuggling up with your pup on the couch or hanging out at your local dog park. You can also get involved by adopting, helping others adopt, donating necessities to a shelter, or even getting a quote to protect your pup with pet insurance. For more ways to get involved, check out the suggestions at the official NDD website.