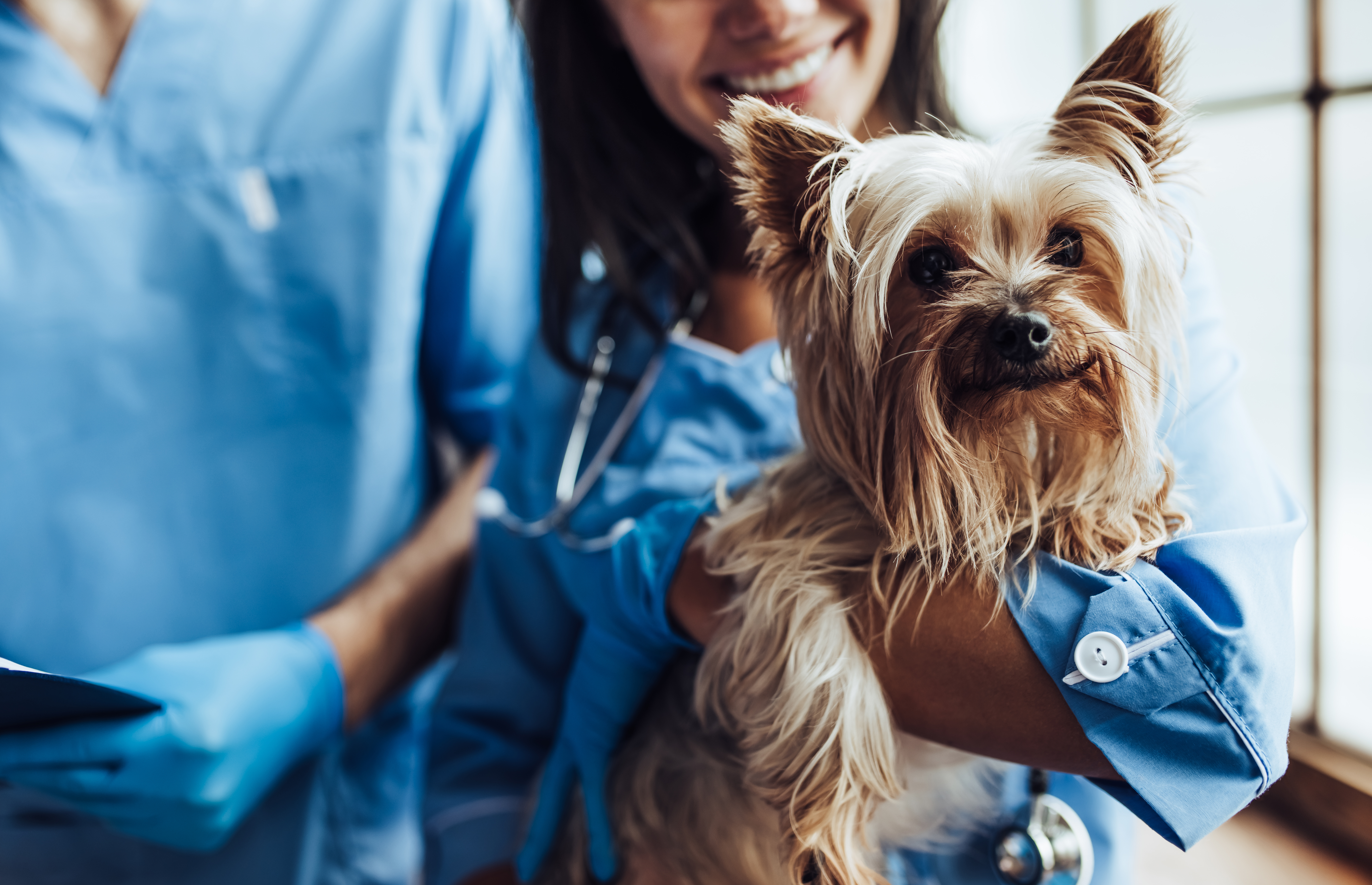 At first glance, the topic of this article may sound pretty gross to you. The idea of transplanting dog poop into anything but the trash likely conjures up some less-than-appealing images in your mind.

In reality, fecal microbiota transplantation (FMT) is a very beneficial procedure for treating gastrointestinal disease. FMT has not been extensively researched in the veterinary world and is not yet widely used in veterinary practice. Most of what is known about FMT comes from human medicine, where it has primarily been used to treat GI infections caused by the bacteria Clostridium difficile.

This article will help you gain a better understanding of FMT and how it can help treat dogs with GI disease.

Fecal microbiota transplantation is the process by which feces from a healthy donor are transplanted into the GI tract of a recipient. To back up a bit, the gut microbiota is a community of beneficial microorganisms (bacteria, viruses, fungi) in the intestines. It is responsible for proper digestion and protects against infection from harmful microorganisms.

As is true in people, the composition of the gut microbiota varies in each dog. However, if a dog develops a GI disease, this composition becomes imbalanced and the microbiota becomes overwhelmed by harmful microorganisms. This imbalance, called ‘dysbiosis,’ negatively affects digestion and contributes to the common signs of GI disease, such as diarrhea, constipation, bloating, abdominal pain, and vomiting, to name a few .

FMT is performed to restore a healthy gut microbiota. The exact mechanism by which FMT does this is not known. However, research in human medicine has demonstrated that the transplanted healthy microbiota can be taken up and maintained within the FMT recipient’s GI tract. It’s reasonable to think that this can happen in dogs, too.

FMT is still in its infancy in veterinary medicine. To date, there are only a handful of studies that have evaluated FMT in dogs. Fortunately, these studies have reported that FMT benefits dogs with GI disease. For example, a case report of a dog with diarrhea from a C. difficile infection reported that the diarrhea resolved within 2 to 3 days after [ingesting a capsule]. Following the FMT, the bacteria was no longer detected in the feces, indicating that the infection had been cleared from the body; moreover, the dog did not experience any negative side effects after the procedure.

Understanding how FMT is performed may help reduce some of its ‘grossness’ factor. First, a healthy donor dog is selected. This donor dog should be properly vaccinated, have no current or previous GI disease or immune system disorders, have no recent history (3 months) of antibiotic treatment, and be able to produce enough feces for transplantation. Next, the donor’s feces are collected and processed into liquid or capsule form.

Before the procedure, the recipient dog may receive a medication to slow intestinal motility to allow the transplanted feces more time to be absorbed into the recipient’s GI tract. The feces are commonly transplanted via a colonoscopy but can also be administered orally with capsules. A colonoscopy would require at least sedation, and possibly general anesthesia.

Dogs receiving FMT often show improvement within hours to days of the procedure, with little or no negative side effects. The benefits of FMT may be temporary, though, meaning that the procedure may have to be repeated.

Healthy Paws Note: research states that it’s possible to pass infectious disease/parasites with fecal material from a donor, but the strict screening process of donors greatly limits that possibility.

The cost of FMT is variable. The total cost can range from about $500 to $1500 and includes the cost of testing, donor feces collection and processing, and the procedure itself. If your dog is a candidate for FMT, your veterinarian will go over all of the costs with you before you agree to having the procedure performed.

FMT has shown promise as a beneficial procedure for dogs with certain types of GI disease. Although it is not yet commonly performed in veterinary practices, the hope is that FMT will gain traction within the veterinary community and among pet parents. Additionally, FMT as prescribed by a vet to help a chronic condition would be covered by your Healthy Paws policy.

If you love your pets like family, you want to protect them like family. By enrolling in pet insurance, you can save up to 90% on vet bills which means saying “yes” to life-saving treatments, no matter the cost. If you’re not a part of our pack, start by getting a free quote.