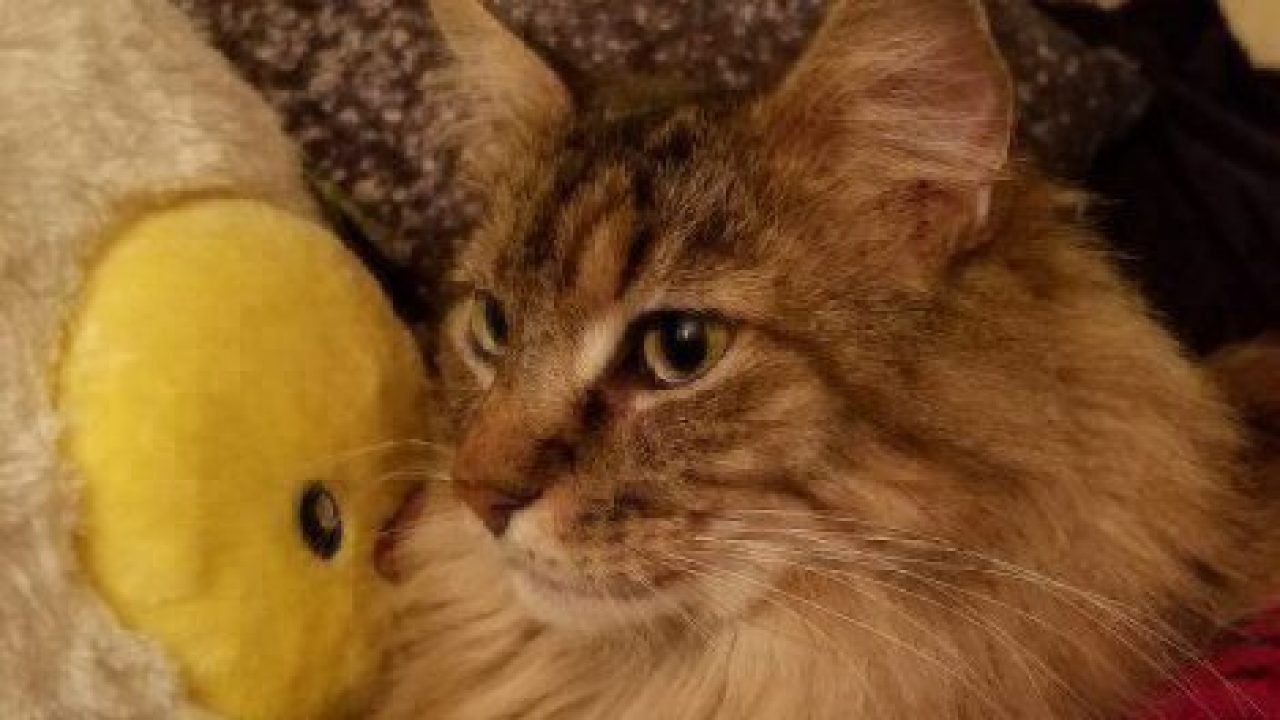 As one of the most common conditions among both cats and dogs, “foreign body obstruction” (FBO) is a frequent term used at the vet’s office. Symptoms can include anorexia, vomiting, diarrhea, and shock; and unfortunately, if left untreated, FBO can be fatal. 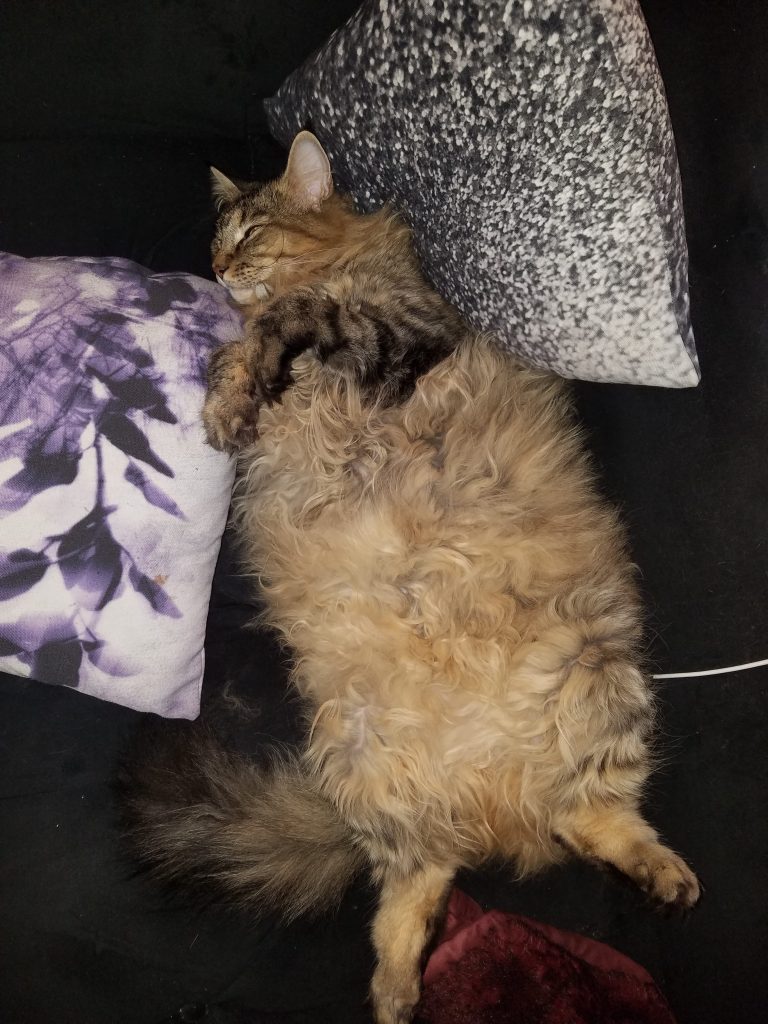 Pet parent Terri knows all too well the seriousness of a FBO diagnosis when her older Maine Coon cat Pepper starting showing signs of being sick. “I first noticed something was ‘off’ when he didn’t eat dinner,” says Terri. “At this time, missing one meal isn’t alarming, but I noticed that he wasn’t quite right either. A bit lethargic, wasn’t doing the things he normally did, and he wasn’t meowing.” Terri also noticed his litterbox was clear. “I waited about a day or so to see if the symptoms got any better, but unfortunately they didn’t, and if anything it got a little worse with him not drinking. I feared for dehydration. I know that is very dangerous for animals so I took him in.”

Terri brought the seven-year-old kitty into his regular vet at first, and the initial diagnosis was leaning towards pancreatitis. “But he wasn’t jaundiced, so she didn’t think it had to do with a liver issue.” Her usual vet referred her to an emergency vet hospital to have an ultrasound, bloodwork, and x-rays.

“The X-rays were clear besides a mass in his tummy,” says Terri. While the vets said that it looked as though Pepper had a hairball or something foreign in his body, he also had an extremely high liver level (ALT). “It was in 2000 range, when it should be under 150. So between getting the ultrasound, bringing him back and forth to the vet, having him stay a night or two and having an endoscopy done – which determined the object in his stomach was a hairball that wasn’t passing – the emergency vet determined the next crisis to be one or two things,” says Terri. “He either swallowed something like a human pill or something toxic to cats, or he had a potential liver issue like liver failure or cancer.”

At this point, the tests weren’t indicating a solid cancer diagnosis, and the vets were not conclusive about Pepper’s situation. They chose to not operate, but rather work on Pepper’s liver levels first. “After some fluids, anti-nausea medicine, appetite stimulants, and pain killers, his liver levers were brought down to normal a week later,” says Terri. 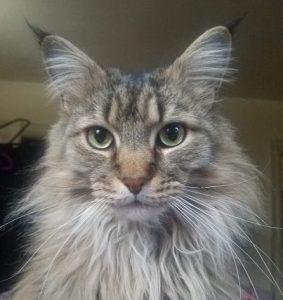 “He has been perfect ever since!” Pepper had not only suffered an FBO with a hairball, but he also had swallowed something that was toxic to his system, and his liver was reacting. The entire process totaled $3,790 and Terri was reimbursed $2,778.

Pepper today is back to playing with his laser, snacking on catnip and cat grass, and enjoys a good scritch at the crook of his ears and underneath his chin. “Healthy Paws gives me the reassurance that I can afford care for my cat in a time where I only want to think about my cat’s welfare,” says Terri. 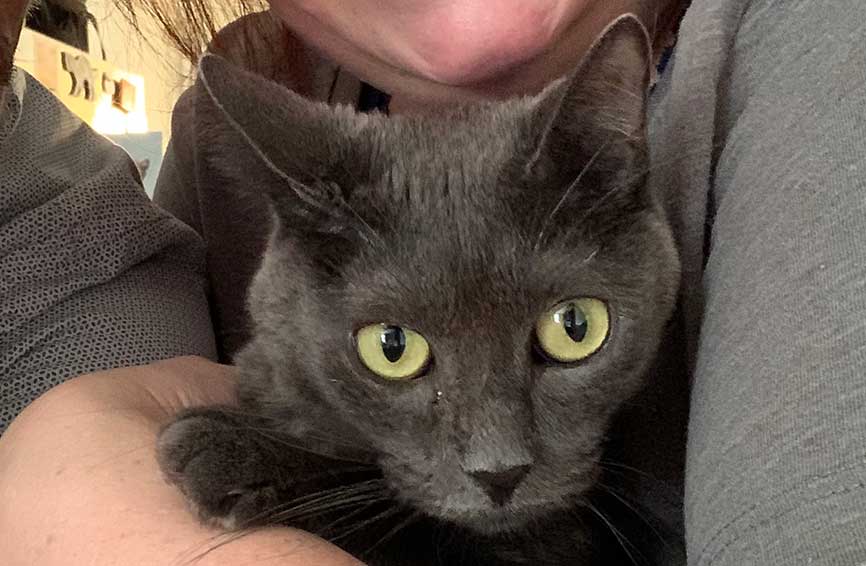 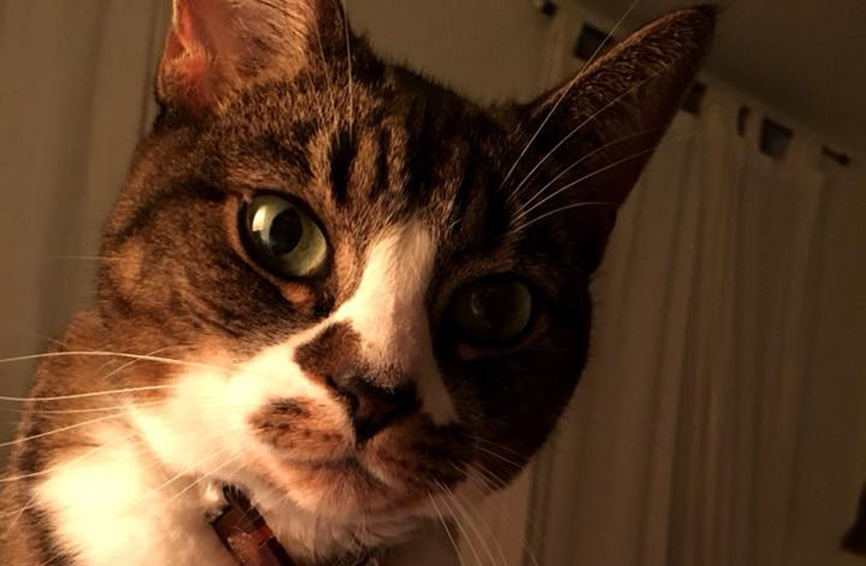