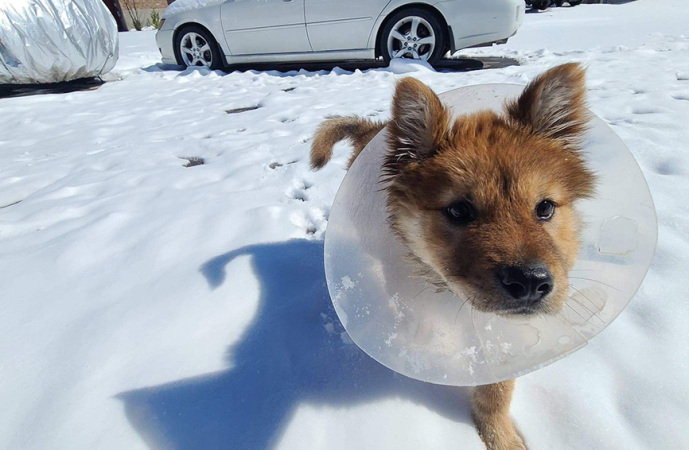 In recognition of the historically cold temperatures and the resulting loss of power and water supply in Texas recently, the Healthy Paws Foundation is donating a total of $25,000 to five animal rescue charities that serve Texas.

The money is needed to care for shelter pets displaced by the snowstorm and move some of them to states where they will have a better chance of being adopted as Texas shelters fill. Some rescues also have suffered damage from the loss of electricity and water for days.

Maggie Lynch, development director for Austin Pets Alive!, one of the recipients, explained the situation many shelters face.

“We, fortunately, did not lose any animals in our own shelter, though it was a struggle to keep them warm with no power for three days and limited ability to get enough fuel to keep our generators working as the roads were impassable to all but 4-wheel drive vehicles, and much of our community could not connect even by phone or internet. Now we’re assessing damage from busted pipes and slowly seeing our staff get power at home and able to make it to the shelter to help out.

Your gift is so timely as the situation is still very bad for pets in shelters across Texas, and we are out rescuing and arranging transport out of Texas.  Some shelters, like us, are seeing significant damage.  Unlike us, they have too few resources, and so many have made a rule that all new intake animals will be euthanized.  We’re offering a live alternative wherever we can.  A transport van is due to arrive here any minute, and we’ve connected some shelters with other better-resourced shelters as well,” she wrote.

These charities will be receiving $5,000 each from the Healthy Paws Foundation:

About the foundation: The Healthy Paws Foundation, a 501(c)(3) non-profit organization, provides cash grants to no-kill pet adoption nonprofits for life-saving vaccines, spay/neuter surgeries, medical treatments, food, housing and other needs of homeless pets in their care. The foundation is funded by Healthy Paws “Every Quote Gives Hope” and “Refer-A-Friend” programs. Learn more about the mission to save more homeless pets and how you can help.