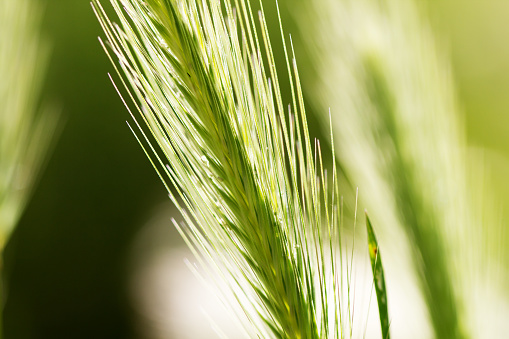 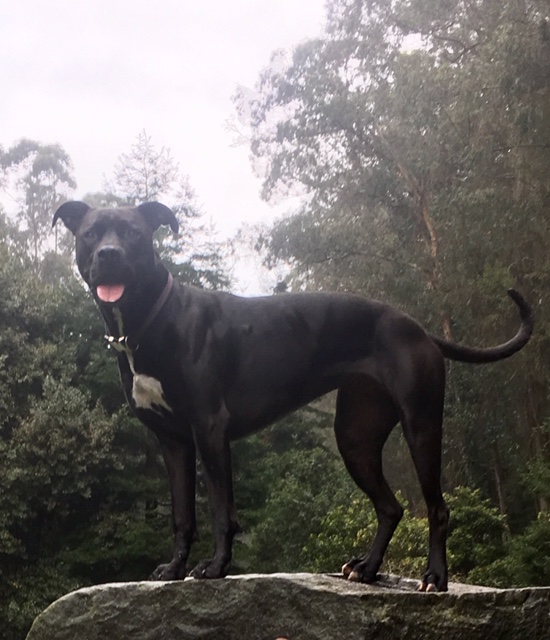 “In August 2018, my dog, Libby, was admitted for a high fever of unknown origin,” begins pet parent Tiffany. “An ultrasound revealed Libby had ingested a foxtail and it was wreaking havoc on her insides, having traveled down her back and lodging itself between her second and third vertebrae. Surgery was scheduled to remove the migratory plant, to be followed by physical therapy in order to strengthen the affected muscles.” It wouldn’t be until January 2019, five full months later, that Libby would be given a clean bill of health. Here’s her story.

“Libby has always been a very happy, wiggly, energetic dog… Most people are always asking if she’s still a puppy!” says Tiffany. “She loves chasing rocks (she isn’t much of a fetcher so rather than myself fetching, I toss her rocks to run after), bubbles (she likes to jump in the air and pop them), and the laser pointer.” 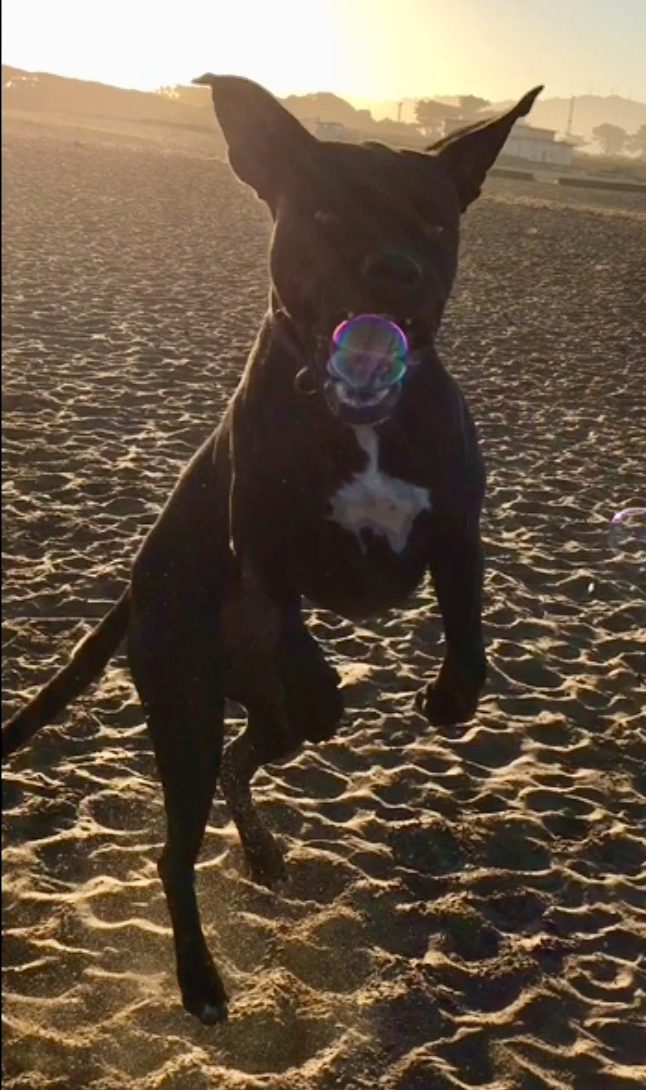 Libby’s favorite friends are her two housemates, Bulleit and Taco, and she loves to play a scavenger hunt “find the ball” with her two buddies. She loves to be on the beach with Bulleit, or at off-leash dog parks running and exploring. “In the morning she will get a ‘goodbye’ treat [which is] chicken that I hide around the house for her to find before I head off to work. In the evenings she gets a goodnight snack: her favorite lamb crunchies.”

“Libby first presented symptoms of back pain around April of 2018,” says Tiffany. “She had stopped eating and was having trouble walking. I took her to the vet and she was diagnosed with mild arthritis; she was given some pain medicine and a joint supplement.” While this alleviated the pain for a while, the symptoms started again in June, where Libby continued to have trouble walking and needed a lift up to get on the bed, as well as help getting down. Tiffany brought Libby back to the vet and x-rays revealed only spondylosis (arthritis in the spine), and once again was sent home with pain medication. Both these times the symptoms had eased up and she was back to her normal self.

“In August, she slowly stopped eating her normal food and would need to be coaxed to eat with wet food,” explains Tiffany. Libby needed help getting up on the bed again and would no longer want to play as much. “This time was more severe than the other times, and one day she just stopped eating and would not play with the other dogs in the house. One night she felt hot to the touch and would pant a lot, so we took her to the vet the next day and that was when she was diagnosed with a ‘fever of unknown origin’ and was transferred to the 24-hour emergency vet.” Libby stayed there for two days.

“Diagnostic tests were run to rule out a number of possibilities and narrow down the cause,” continues Tiffany. “During this time an abscess ­– which had been forming without our knowledge for quite some time – was discovered, from which over one liter of fluid was drained.”

It was then that the vets discovered a foxtail had caused the abscess. They scheduled surgery to fix the abscess and remove the foxtail.

What is a Foxtail?

The foxtail plant is a weed that looks like a fox’s tail. It is a plant with layers of upward-facing spines protruding from the center that help it to migrate – literally, it can move into your pet’s skin, up through the nose, the ears, eyes, mouth, and into your pet’s organs.  They don’t break down if eaten and can lead to serious infection for your dog or cat by causing discharge, abscesses, swelling, and pain. Foxtail injuries can lead to death. Find out more about these plants and the symptoms they can cause in our article, The Dangers of Foxtails.

Note: sometimes you can see a foxtail protruding in your pet’s body. If you can’t easily remove the foxtail at home, see your vet asap. They can remove the entire foxtail safely. 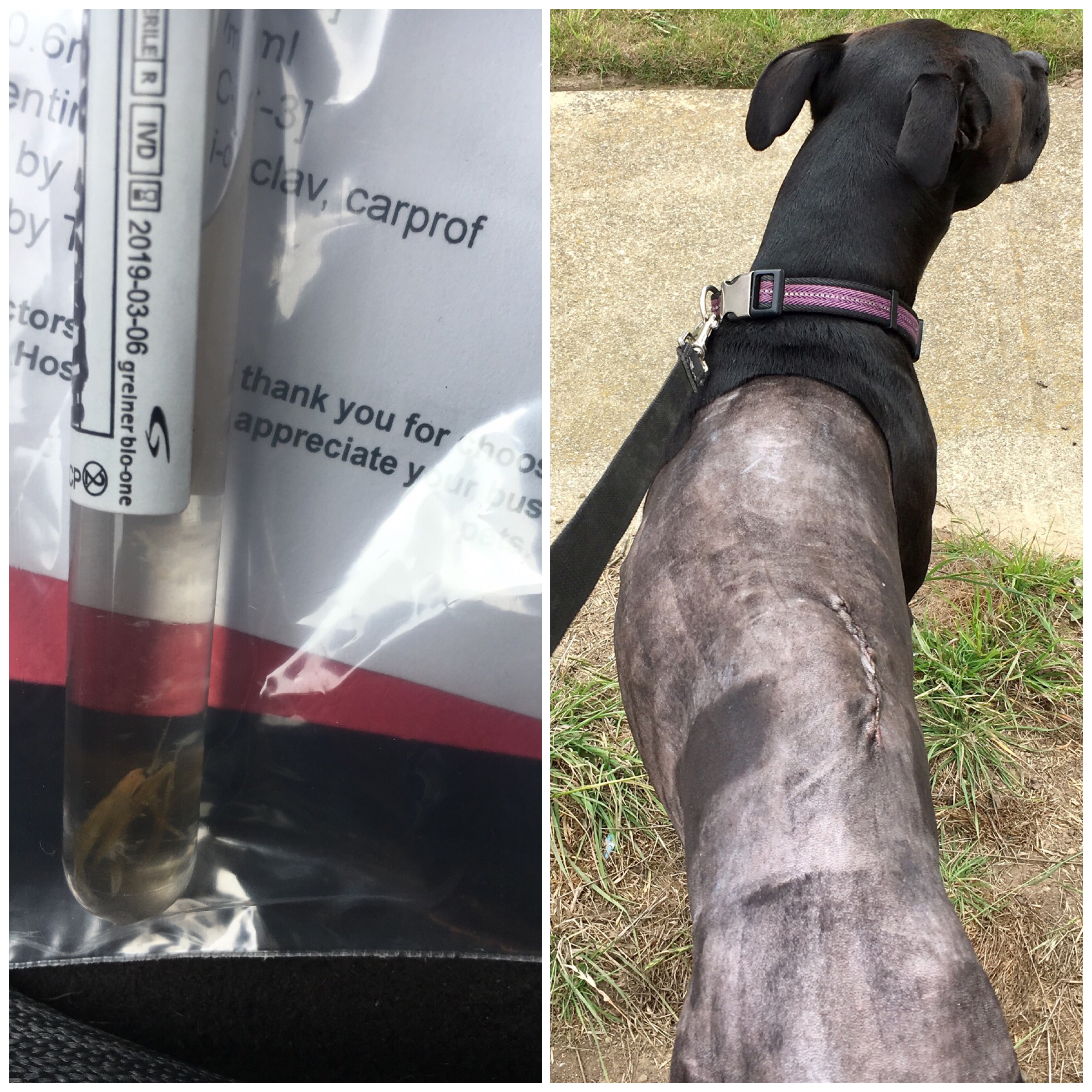 “Libby has been given a clean bill of health after her final recheck ultrasound,” says Tiffany. “The foxtail has been completely removed and Libby has fully recovered!” The situation, however, was very hard on their family. “As a pet parent this was an extremely terrifying ordeal!  I always had a feeling something was wrong, but the vet assured me twice that it was only her arthritis acting up – and Libby had just turned 4 when symptoms first presented.”

Multiple claims for Libby’s foxtail event totaled $21,905, and Tiffany was reimbursed $17,974 (90% reimbursement rate and $100 deductible). “You hear about foxtails getting stuck in dogs’ paws, noses, ears, etc., but no one ever thinks it could accidentally have been ingested. Libby’s life could have been cut short had I not had insurance and continued to pursue her symptoms. Insurance gave me the peace of mind to allow any tests necessary to determine what was ailing her.”