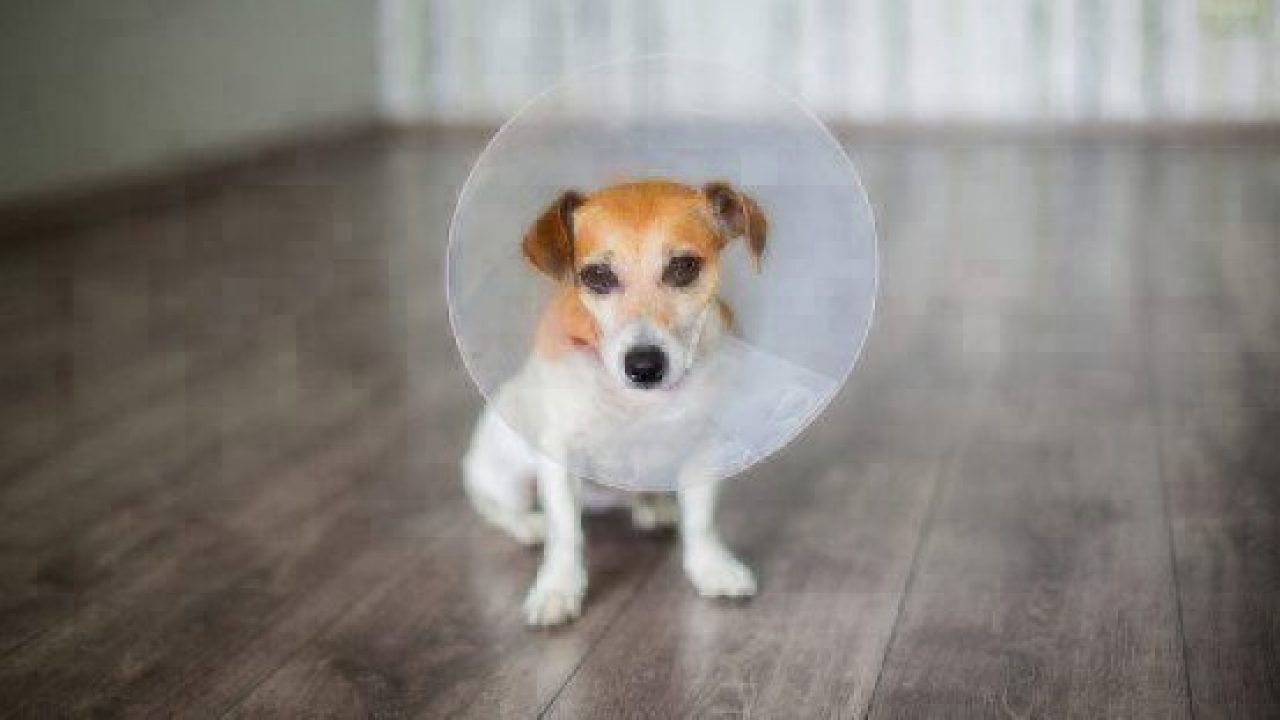 Sometimes called an Elizabethan collar, the E-Collar, a pet cone, or even the cone of shame, our “cone of fame” is that hilarious-meets-pitiable protective neck piece worn by a pet shaped just like a cone. While it was created to prevent a pup or kitty from biting, licking or otherwise bothering wounds that need to heal, it also has the great added benefit of looking silly.

We asked pet parents about their furry family members wearing a Cone of Fame and what the occasion was. Keep reading to find out, but first a fair warning: cuteness alert! 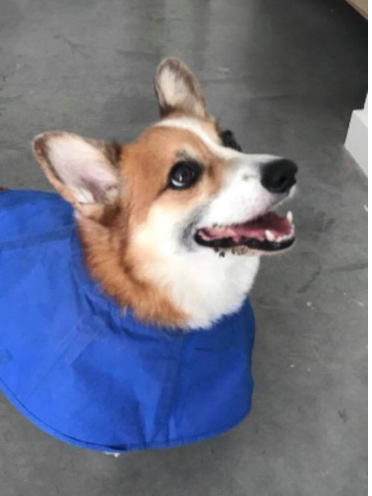 Oliver – the Super Hero Pup! Oliver’s visit to the vet for his lupus ended up with surprising results. Pet parent Rachel says, “My regular vet couldn’t see him, but [the vet next door, Dr. Bellinghausen] squeezed us in so Oliver wouldn’t be uncomfortable over the weekend. He prescribed the needed Prednisone, but suggested a standard blood panel since Oliver was a new patient.” That blood test revealed hypercalcemia, which meant Oliver had a tumor. They were referred to an oncologist who discovered another mass on Oliver’s spleen and metastatic disease on his liver and pancreas. The specialists sent Oliver’s tumor to Harvard to be analyzed with what’s called an Enlight Assay: “by looking at the genetics of his tumor, the oncologist recommended a special course of oral chemotherapy designed especially for Oliver’s type of cancer. At our last appointment, we learned that the metastatic disease in Oliver’s pancreas and liver is gone, the mass in his spleen hasn’t grown, and the lymph nodes at the site of his original anal gland tumor are totally clear!” Rachel has saved $8,905 in vet bills so far, and Oliver’s newfound health? Priceless. (Read more about Oliver here). 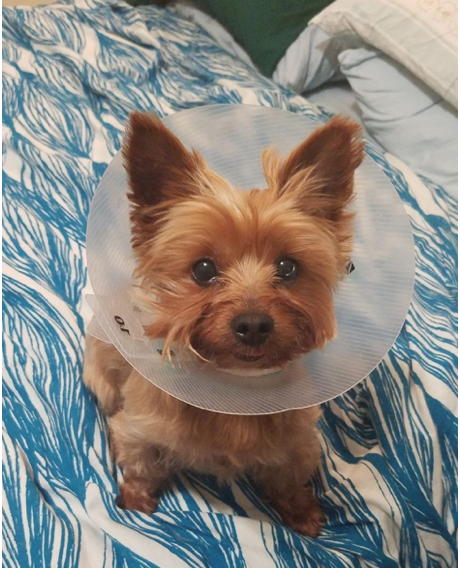 Chloe’s Paw Infection: This adorable little Yorkshire Terrier is Chloe. Chloe ended up with a pretty serious paw infection from rock salt on an icy sidewalk in January. “It was a long, painful healing process but she was a champ!” says pet parent Kimberly. Chloe had redness and swelling on her paw before they headed to the vet hospital, where the verdict was an infection that needed a little TLC (and antibiotics). Chloe ended up wearing booties, socks, and the cone to prevent her from licking her paws. Kimberly was reimbursed $88 after meeting her annual deductible. After 4 weeks, Chloe’s paw had healed. “She recovered fully and continues to beg for cheese and cuddle with us in bed!” 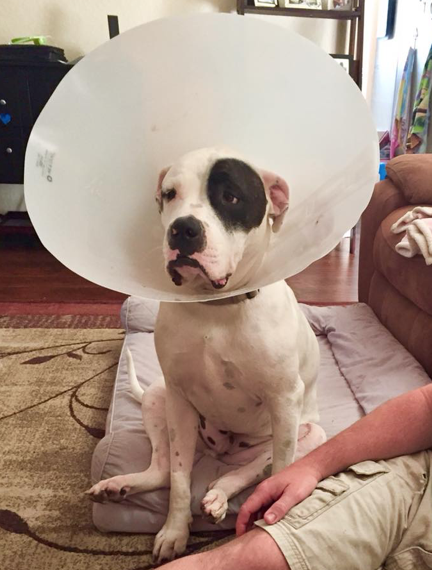 Arlo Needed Knee Surgery: Two-year-old Arlo had knee surgery (TPLO) recently and has a hefty recovery period in front of him. Pet parent Ryan explains, “Arlo loves to be outside with the Dalmatians that live across the street, so we don’t know if he was injured in an accident alone, or while his friends were visiting.” Ryan took Arlo to see the local vet after he’d started limping, and got x-rays, anti-inflammatories, and a referral to an orthopedic specialist. Arlo eventually needed surgery and is now healing well; he was covered by Healthy Paws and his family was reimbursed $2,970. “Arlo is such a good dog. We had our 8-week post-surgery checkup and his x-rays showed great progress. He’ll continue to walk on a leash for another month as we gradually increase his activity, although he definitely wants to be off-leash so he can explore and catch some rays!” 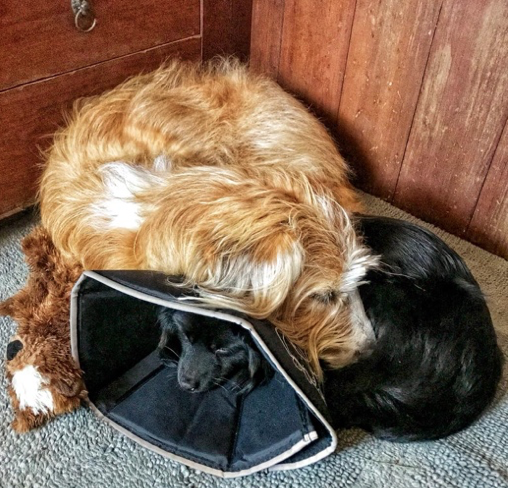 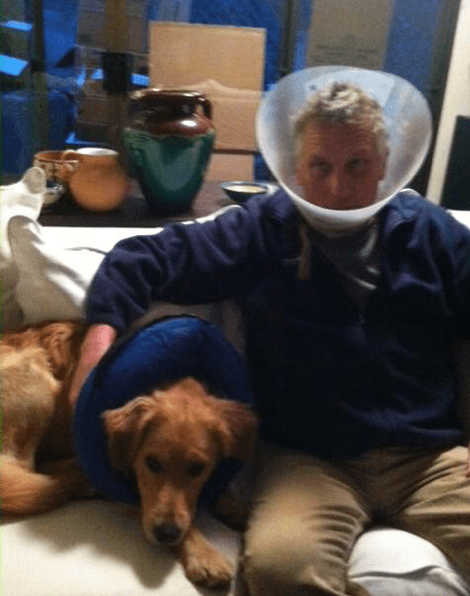 Maxx’s Pet Parent Shows Sympathy: Carol’s poor pup Maxx was hit by a car which lead to 19 separate claims over two months, as well as two cases of bloat, some ear infections, and shoulder surgery. “He’s a trainwreck, I am honestly glad you still cover him!” says Carol (note: Healthy Paws will never drop your pet or decrease coverage due to age or claim submission). Over the course of Maxx’s lifetime, his family has been reimbursed $8,772 in vet bills, and we’re so happy that Maxx is doing well. 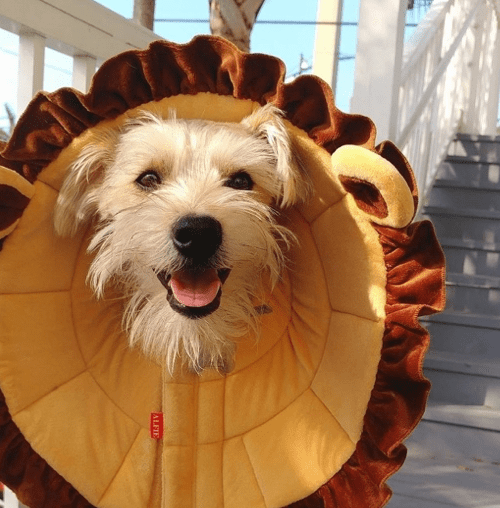 Brave Hearted: “My brave little lion cub sported this soft collar after getting neutered!” says pet parent Kara. (Spay/neuter is not covered by Healthy Paws, but we love this little lion cub!) 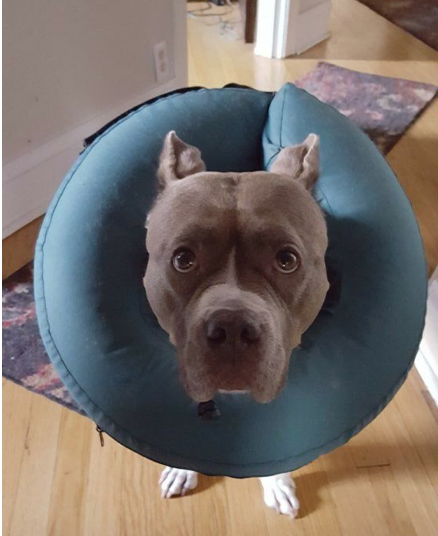 Dixie Mae’s Skin Issues: With 22 claims for a growth, Dixie Mae has been through some tough times! The 7-year-old American Staffordshire Terrier has a history of significant skin issues. “A couple of months ago, I noticed a small bump on her back side to the right of her tail bone. A couple of weeks after noticing it, it seemed to be larger,” says pet parent Susan. Based on the location of the growth, it was best to have it removed. The day before the procedure, Susan noticed three other small bumps that were also removed and were later found to be malignant. Since then, Dixie has had many growths removed from all over her body, including her paws, resulting in expensive vet bills. Luckily, Dixie Mae was covered by Healthy Paws and Susan saved $9,577 in vet bills. “My goal is always to make her life as enjoyable and comfortable as possible. Today, she is back to her fun puppy like self and now that spring has finally arrived in Chicago, we are out running again!” 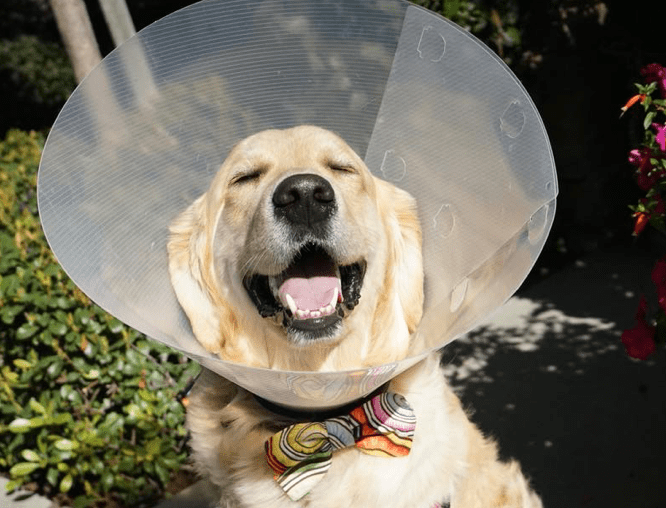 Shining Bright: Pet parent Rosalyn says, “Here’s Koru Bear smiling and [being very] dapper wearing a cone ?after his neuter surgery. He’s just very happy to be out and loving the sunshine!” (Spay/neuter is not covered by Healthy Paws, but everybody can enjoy that sunny smile!)

Pets can get into unexpected accidents or illnesses, so consider pet health insurance now. By enrolling as a puppy or kitten, you can bypass pre-existing condition exclusions, so your furry family member and your wallet are protected. Start by getting a free quote.