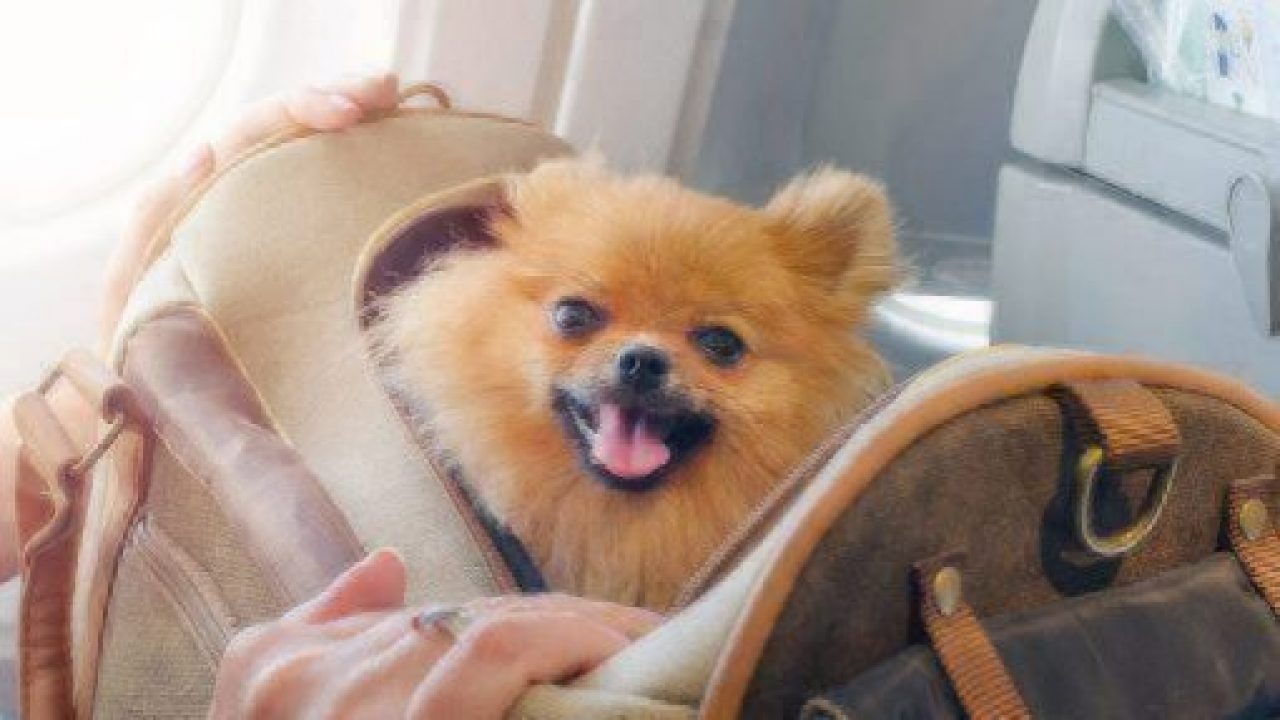 Not every pet parent can purchase a plush seat on an airplane for their pup to curl up and relax. What’s more, most pets are (quite literally) creatures of habit, and traveling isn’t their favorite pastime. With the holiday season in full swing and travel plans underway, many pets will be out of their comfort zones — whether going by plane, train, or automobile.

Here are some tried and true tips to help ease holiday journeys that include your dog or cat:

The car is a great place for a pet because it offers the opportunity for both pet and parent to stop, relax, and go for a walk whenever needed. The pet generally has its own space in the car to move around, and isn’t as confined as it could be with other travel options. There are cases, though, when even the car creates anxiety. San Francisco-based trainer Shoshi Parks experienced this first-hand with her 12-year-old rescue, Ginny.

“Ginny was agitated in the car. So much so that on a four-hour drive to Tahoe one holiday season, she stood the entire way, panting with eyes wide open,” Shoshi says. “At only 30 pounds, Ginny got to ride in the front seat with a doggy seatbelt on, so on the way home I knew we had to do something to give her a break.”

Instead of punishing Ginny or dismissing her anxiety, Shoshi asked her to sit in exchange for a tiny reward. After about 30 minutes, Ginny began sitting and laying down without the command in order to earn her reward — she began focusing on her own actions rather than what was whizzing by outside of the car.

“I decreased my rewards so that she would have to sit for several seconds before getting a taste of something — and I literally mean a taste: a fraction of a piece of boiled chicken,” Shoshi says. “Finally Ginny was worn out from all the thinking and decided not to stand back up after laying down. She eventually fell asleep and stayed that way until we got home.”

Make the Crate a Calm Retreat

If you chose to crate train, remember that it doesn’t have to end once your pet is out of the puppy or kitten stage. From day one, pet parents should assert that the crate is a pet’s personal space. Once you bring them on a travel expedition with the crate, it’s as if they’re just going to their “room,” which is often a welcome reprieve from the holiday hustle and bustle.

Dog Whisperer Cesar Millan also prepares his dogs by using lavender oil as an association scent. To make a positive connection with lavender oil, let your dog lick a drop of the oil at mealtime and before walks.

Stick with a Routine

Pets enjoy routine and what’s familiar. Pet parents should keep this in mind as they prepare to travel with their pet. It’s nice to have pets with the family for the holiday, but be sure to prepare them for the trip. It’s important to remember that travel isn’t as exciting for them as it is for humans!

“Make sure you have water with you and something comfy for your dog to snuggle up in,” says Shoshi. “Take them for a big walk or give them a big play session before you go so that they are tired out and will be more likely to fall asleep.”

Motion sickness is something that can arise, so be sure to speak with your vet before taking a trip about anti-nausea medication that may also have the added effect of providing a little sedation for your pet. Up to 50 percent of dogs experience motion sickness one or more times in their lives, according to veterinarian Patty Khuly. Often pet owners want to give their dog medicine to reduce nausea, but the long journey should not be the first time the dog has the medicine.

Dogs as a whole love things that are familiar versus stress of constant change. Make sure your dog is comfortable and in a familiar setting — even if it’s fashioned — in order to have a first-class holiday with your family and four-legged friends.

For more travel tips, including safety precautions and flying, check out our article, Traveling with Pets.