How to Hide Pet Odors in Your Home

Have you seen those “nose-blind” commercials? I have, too, and I think it’s true: Some pet parents just live with odors they’re not aware of. Many dog and cat parents take precautions to avoid a stinky house, like wiping their pet’s feet after going outside and giving regular baths. Here are some things one can do to get better control of pet odors, from urine to that oh-so-familiar wet dog smell.

The Secret to Fresh Kitty Litter

Changing the litter frequently is important, but if you’re living in a small apartment where the smell can travel across the whole space, it might not be enough. Buy a covered litter box, one with plenty of room for a cat to move and turn around, to prevent the spread of litter across your floors. You don’t need to buy a ridiculous technological wonder, just a cover. Also, give your cat a little entryway to wipe off its paws. Don’t forget that the box itself needs to be wiped down and cleaned every once in a while in addition to being freshened with new litter.

The secret to making sure your carpet won’t stink is to not let accidents sit around. Try to clean pet messes up as soon as you possibly can. After picking up as much as possible with paper towels, you’ll want to eliminate the smell to avoid future accidents there (as pets tend to pee in the same spot after that if you don’t get it up well enough).

A mixture of distilled vinegar, water, and baking soda will allow you to blot up stains and get rid of the smell quickly. The next thing to do for set-in stains or major odor problems is to steam-clean your carpet. In very extreme cases, if you’ve already done the whole steam-cleaning thing and you still have a very bad stench, the best choice might be to spray the subflooring with vinegar. Vinegar will neutralize the odors.

Getting Rid of Pet Odors on the Couch

To remove pet fur, a favorite trick is to use a squeegee or a damp rubber glove. After getting the hair off, though, the odor often still remains. Take off what you can, like pillow covers and cushion covers, and wash them with laundry detergent and a quarter-cup of apple cider vinegar. For the upholstery that you can’t remove and launder, sprinkle baking soda on it overnight. After that, vacuum the powder away. Now, it will just smell fresh!

An experienced pet parent can often spot the difference between a normal pet smell and a strange smell, and a bad odor in your house from your pet might be caused by poor health. Make sure your dog is regularly bathed. Check its ears for infection, its teeth for oral hygiene issues, and its skin for any hot spots.

The same goes for cats. Older cats may not be able to clean themselves as well, so a bathing regimen might be necessary. In general, pets should be checked and looked after with the aid of an occasional vet visit. Some pet parents have noticed that even changing their dog’s diet has resulted in a change in their smelliness.

Washing Your Pet’s Toys and Items

The source of the stink might be the thing your pet uses the most, like their bed, for instance. If your dog has a favorite chew toy, giving it a rinse or a wash might not be the worst idea. Check their bedding, their favorite blankets and towels, their food trays, and also the item that many owners forget about: your pet’s collar. Pet food itself also has a certain aroma, so store that in an airtight tin rather than the loose bag it often comes in. 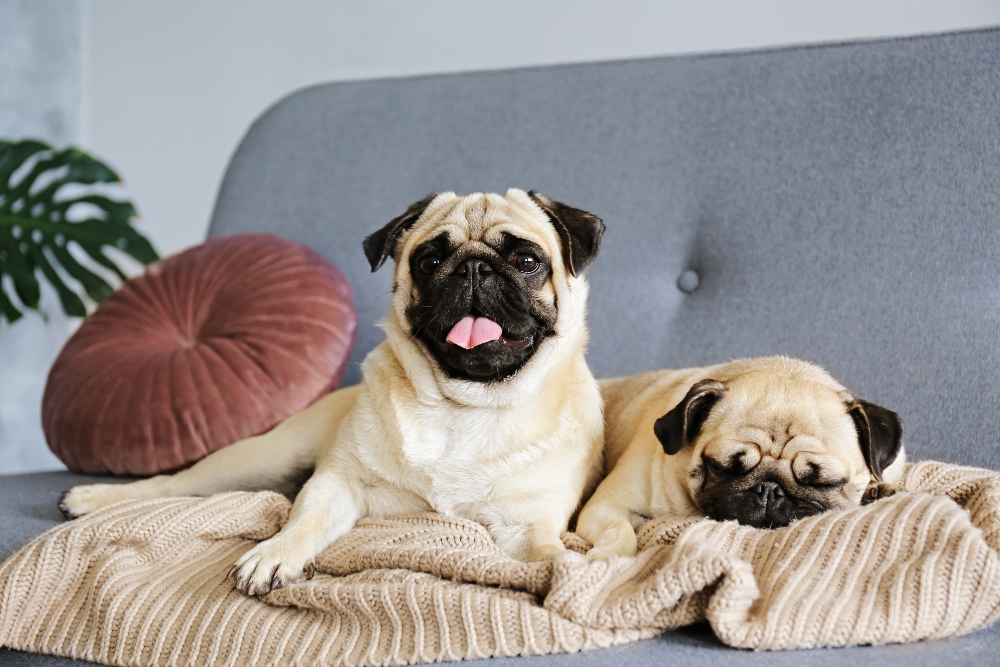