How to Properly Trim Your Cat’s Claws 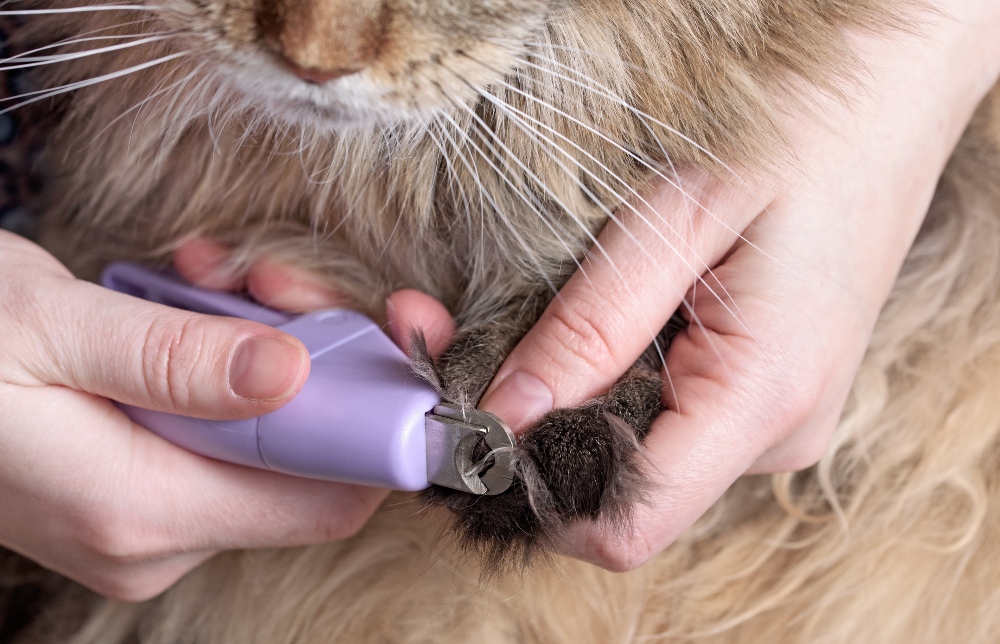 Claw maintenance is an important part of your cat’s health and helps protect him and you, as well as your furniture, curtains, carpet and clothing. If your cat’s claws get too long, they can begin to grow into the delicate foot pads, causing pain and even infection. When you are holding your kitty, his claws can get stuck in your clothing, causing him pain and fear (and damage to that favorite sweater). Cats can even get hurt when their claws get stuck in carpeting or other items around the house when they struggle to get free. So, the best thing to do is regularly give kitty a manicure. 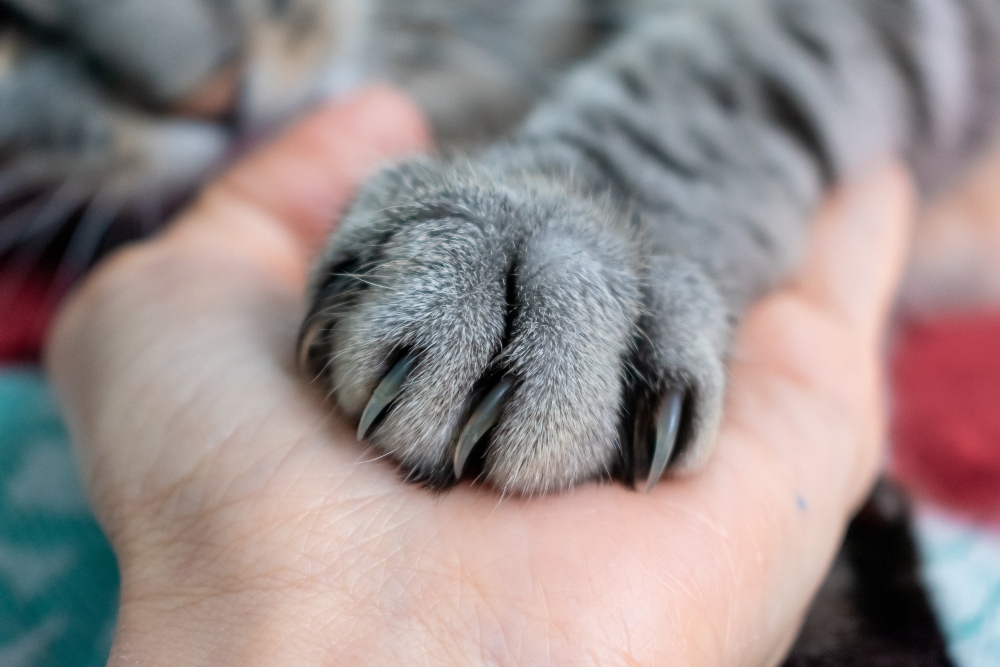 Some cats are very mellow and have no complaints about having their nails done, but others want no part of it. It’s a good idea to get your cat used to having his paws handled before attempting to clip his claws. Practice gently pressing down on the paw just behind the claw. The claws will then extend, and you will see the sharp tip. Release the paw and give your cat a treat. Repeat the process over several days until he gets comfortable with you holding his paws and manipulating his toes.

For clipping, you can use human nail clippers if you’re comfortable with them, but most pet parents opt for clippers specifically designed for cutting cat claws. Just be sure the blades are sharp—dull blades can crush the claws or cause them to split. If you’re handling the job solo, you’ll need to arrange kitty so he can’t escape. Position yourself behind him so he can’t back away. A good place to do this is in the bathroom with the door closed. Put a towel on the closed toilet lid and set kitty on it. Standing behind him, take kitty’s front paw in your hand and press it like you’ve practiced. When the claw extends, clip the sharp tip.

Don’t get too close to the quick, which is the pink part of the claw where the nerve endings and blood vessels are. If you do, kitty will let you know with a yowl and possible bleeding. If you accidentally clip too closely and draw blood, put a small amount of flour or corn starch on the tip of your finger and press into the tip of the nail. The pressure will help stop the bleeding.

It’s especially important to clip the dew claws, located on the inner side of each foot, because these claws don’t get worn down when kitty scratches and can grow into the foot. They can be tricky to clip, so take extra care.

It may not be necessary to clip the rear claws, but if they are sticking to you when your cat jumps on your lap, it might be needed.

Don’t worry if kitty won’t sit still long enough for you to clip all of his claws at one time. You’ll soon learn how much tolerance he has for the whole procedure. Clip a claw or two, then give him a treat and let him go about his business. Later, or even the next day, do a few more.

If your cat simply will not let you anywhere near his claws and feet, you can take him to your veterinarian’s office and the technicians can trim the claws for you. 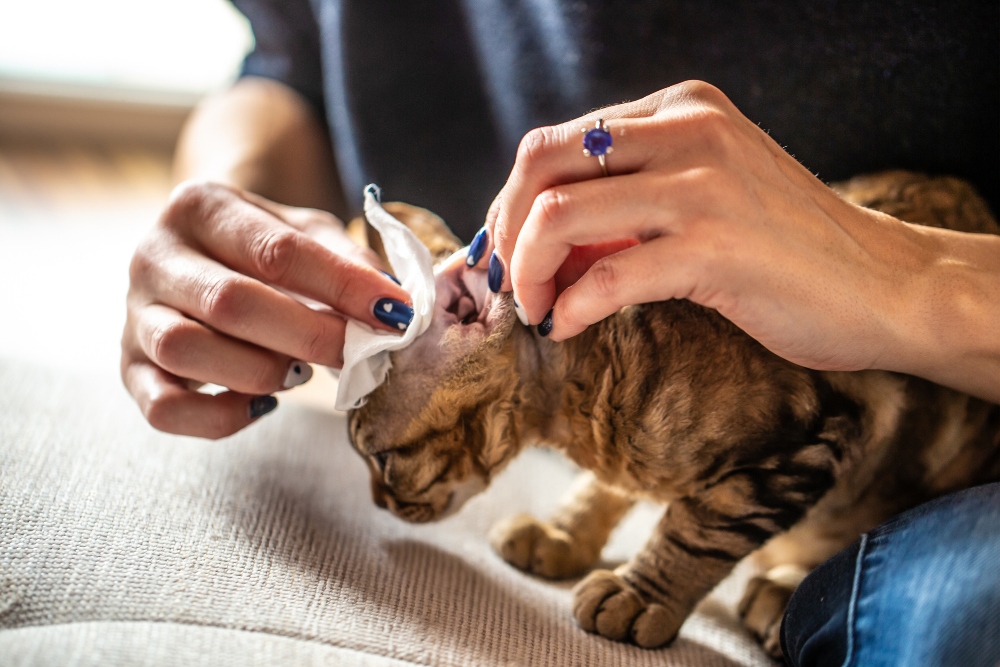 How to Clean Your Cat’s Ears 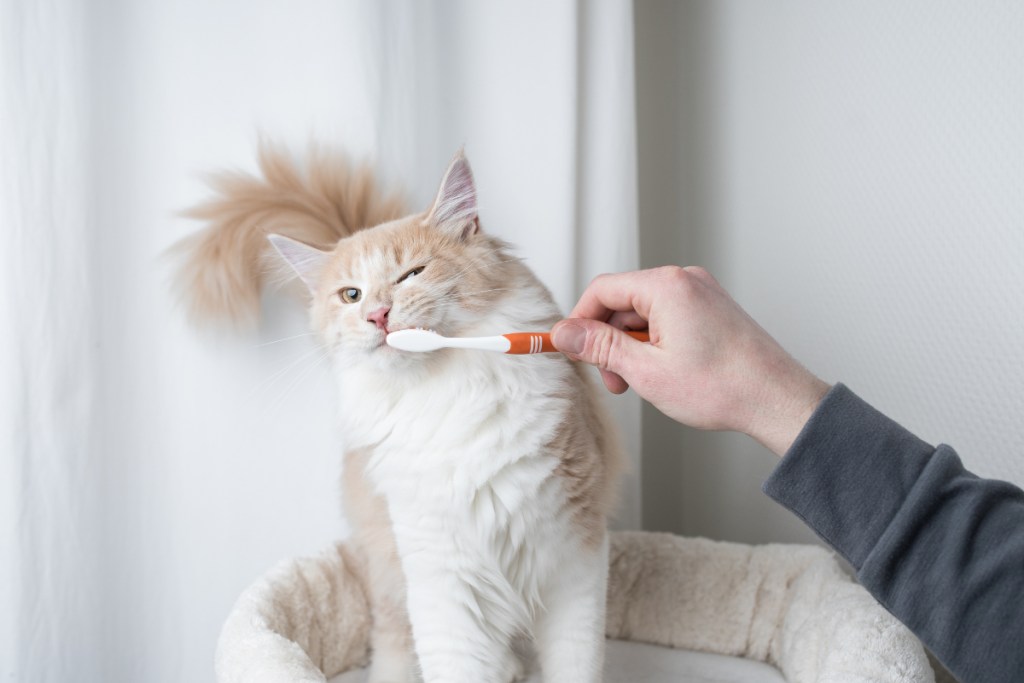 How to Brush Your Cat’s Teeth 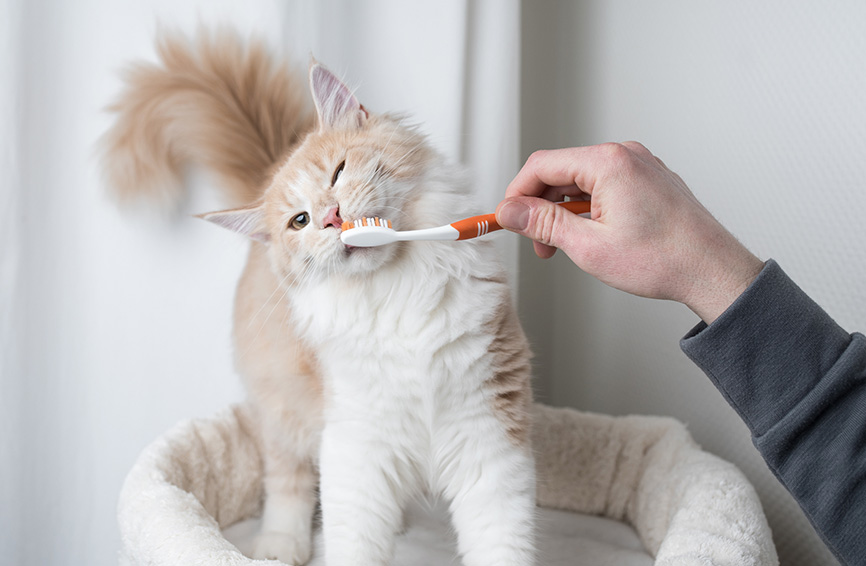