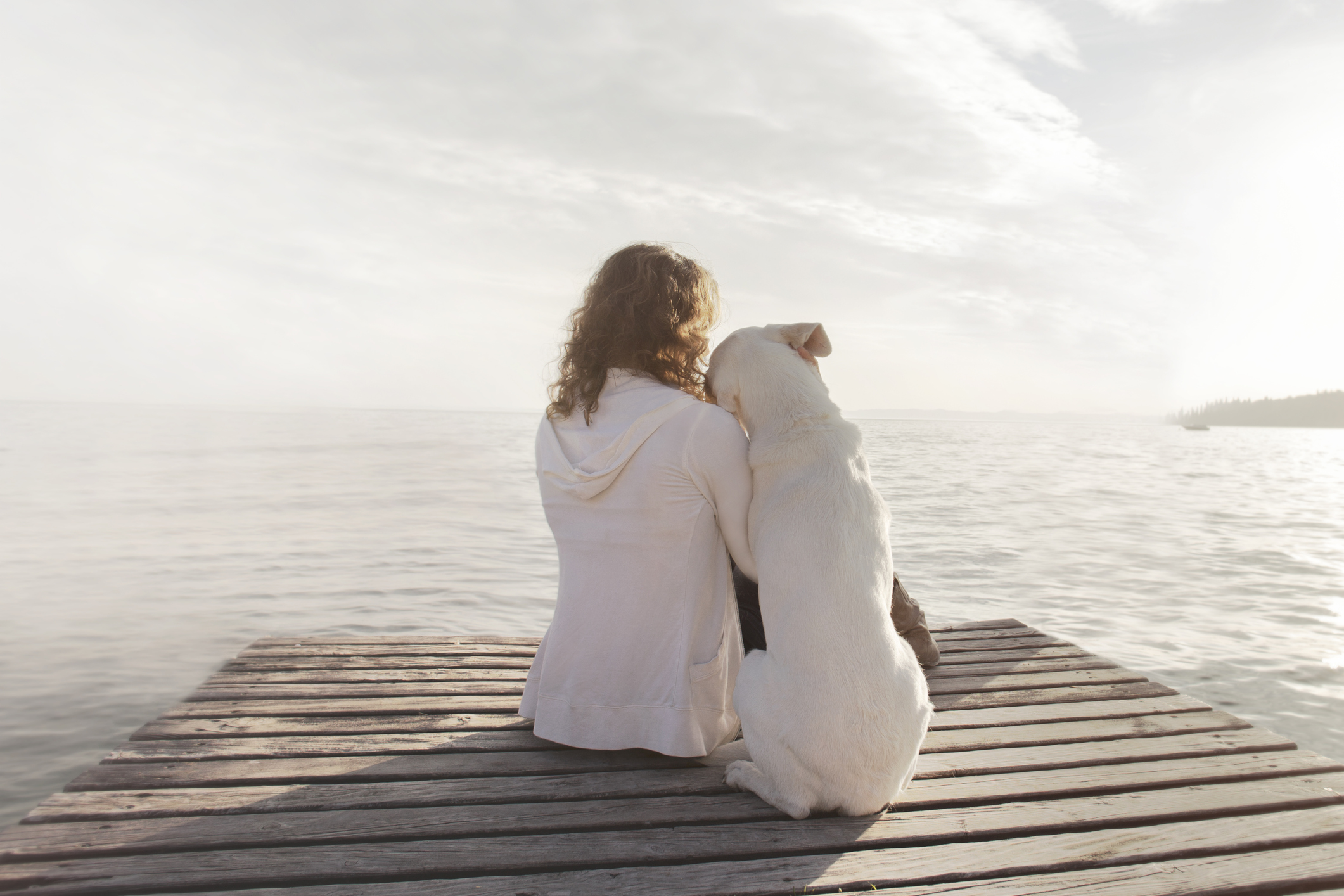 We receive many emails from happy pet parents every day, and we wanted to make sure all these pets got a chance to be featured on our blog! In our ongoing series, “Happy Tales,” we get to share a little bit of these pets that not only make their families joyful, but those of us at Healthy Paws too! 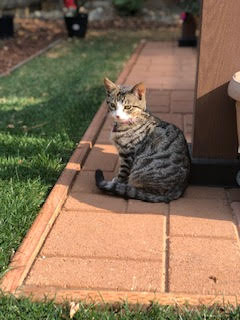 Pet parent Janice writes: “In August, after 5 years in a kitty-less house, we decided to adopt two 8-week old little babies, found with their 2 siblings at the Oakland Zoo. Sam and Dash quickly took over our household AND our hearts. They run wildly throughout the house… up, down and under the furniture – I’m sure that every inch of the house has seen their little paws.”

Unfortunately, on Tuesday, September 18, shortly after adoption, Dash had her first seizure. “Assuming it was the result of a leaf she may have eaten, her vet gave her a dose of charcoal to absorb any toxins she may have ingested,” explains Janice. “After getting her home, she and Sam played, ate and slept as usual – until 6:30pm when Dash had another seizure, more severe than the first one. Since her vet office was already closed for the day and wouldn’t reopen until Thursday, I drove her to the nearest emergency clinic in San Jose.”

After talking with ASPCA Poison Control, the ER doctor and the ASPCA toxicologist agreed that the seizures were not the result of the leaf Dash had ingested earlier. Furthermore, during the wrap-up discussion with the doctor, Dash had another seizure, the first of three she would have at the clinic. “She stayed overnight for monitoring and when I picked her up at 7:30am Wednesday, she had not seized since 2:00am. She transferred to the 24-hour clinic in Campbell to be monitored for the day. She had no episodes so was released to go home at the end of the day.”

“Sam was so happy to have her little sister back home! Dash was doing great until Sunday morning when the seizures started again,” says Janice. “I took her back to the ER clinic in Campbell and since the results of the infectious disease panel, ammonia and glucose tests were normal, the ER doctor suggested that I take her to a specialty clinic to be evaluated by the neurologist.”

Janice brought Dash to the neurologist to be evaluated, and the vet ordered a MRI of Dash’s brain. “The MRI showed a brain malformation which was causing the seizures. Not the results we wanted, but at least we now knew the cause,” says Janice. “We went home that same afternoon with anti-seizure medications that would become a lifelong regimen for our little kitty.”

Janice continues: “Fortunately, the day after adoption, I enrolled our newest family members in Healthy Paws. Without Healthy Paws, it would have been a hardship to pay for all of the diagnostic testing, numerous hospitalizations and lifetime medications. Healthy Paws has taken the stress out of choosing the best possible care for Dash and has helped us to give her the most comfortable and happy life possible!” 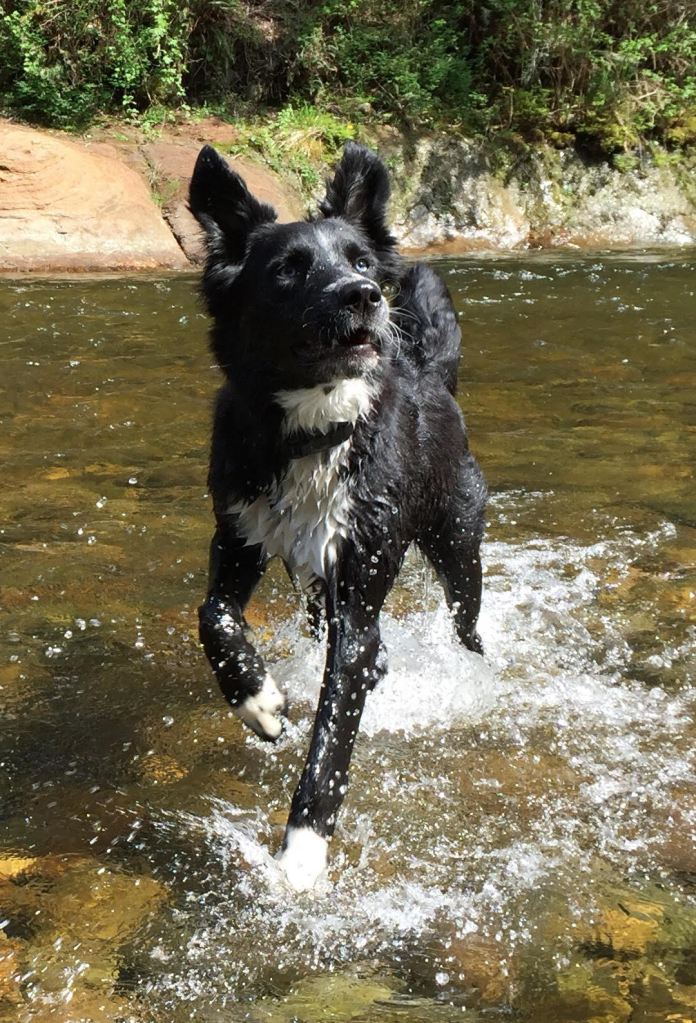 “Ryder is an athlete. He hikes many miles daily, mountain bikes and keeps the yard clear of squirrels and rabbits, all while doing crazy 8s with his little brother Levi,” begins pet parent Lisa. “Unfortunately, on day, Ryder limped back to me on the trail after playing chase with Levi. The vet confirmed there was an injury to his leg and he would need to rest if for a very long time and possibly need surgery.” Looking for a second opinion, Lisa turned to their holistic veterinarian. “With the help of chiropractic and acupuncture, some healing herbs and CBD, Ryder was back to his old self much quicker than predicted. Now the other leg is bothersome and again we are using the same therapies to bring back our happy-go-lucky pup. I feel blessed that Healthy Paws allows us to use natural healing instead of surgery, in my opinion, it makes the whole dog healthy and not just the injury itself.” 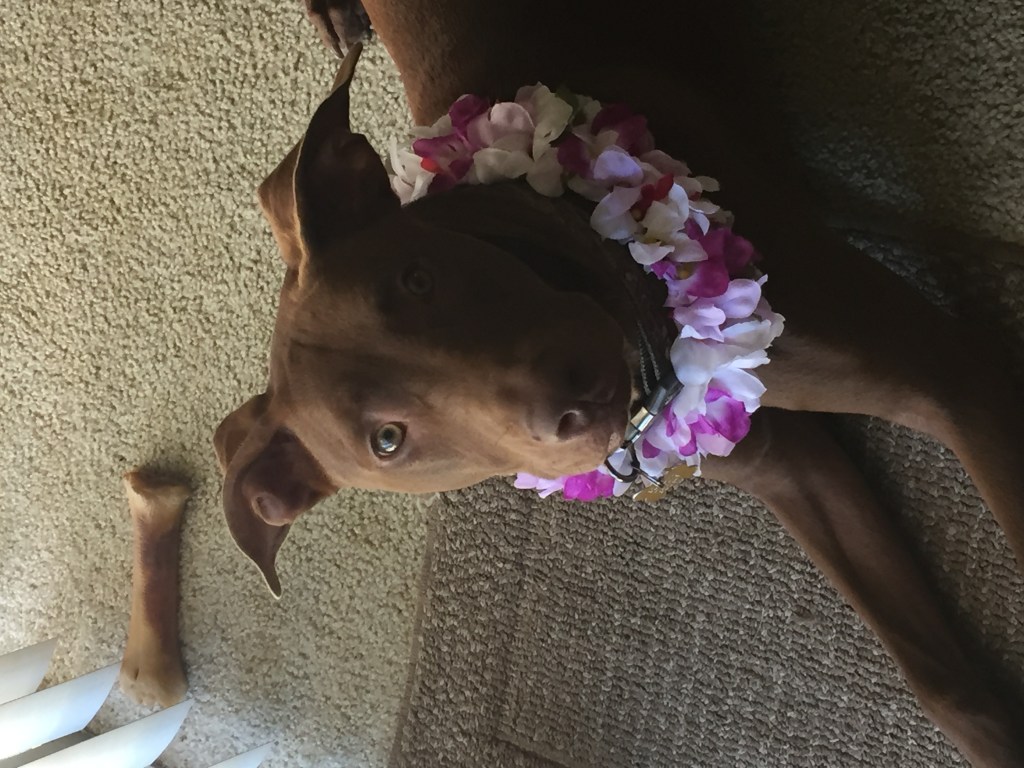 Pet parent Angela writes: “I adopted my Allie, approx. 9 month old Doberman, and was told they caught her from the very overpopulated streets in Fresno, CA. I immediately signed up with Healthy Paws due to so many terribly expensive and scary stories from friends and family that had peace of mind during heartbreaking and tragic times with their beloved four-legged family members. I have never, thank goodness, had to use my insurance in the last 4 years but the peace of mind is worth every penny. 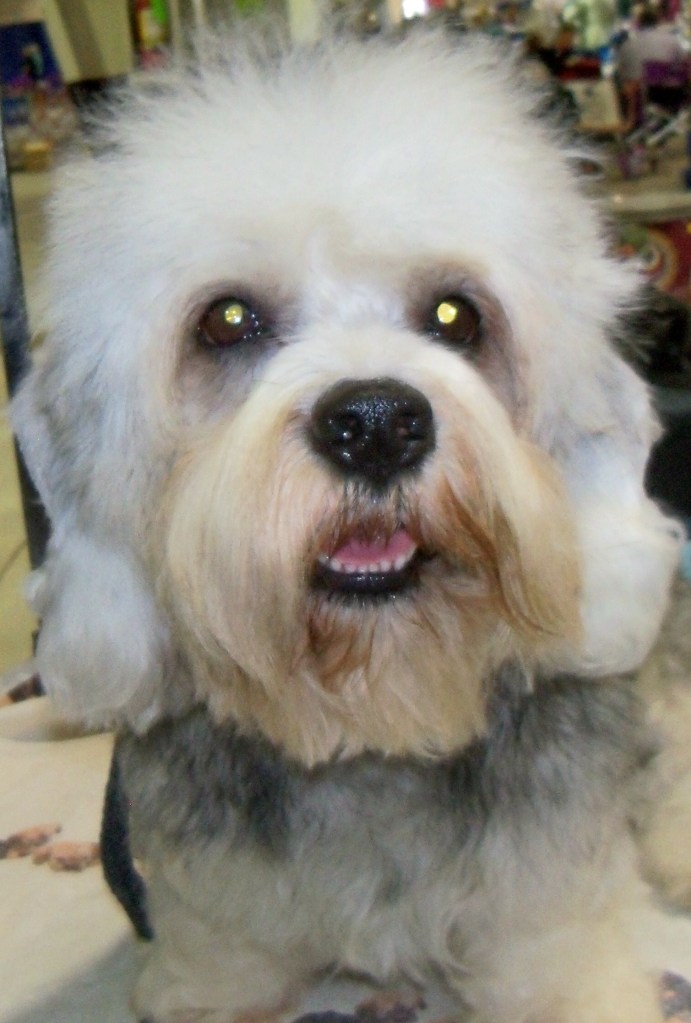 Pet parent Sandra writes: “My Dandie Dinmont Terrier Calvin thinks it’s hilarious when I play ‘stalk the mousey toy.’ He’ll put it down and I do an exaggerated, high knees, super slow stalk towards the toy with my fingers spread like a menacing monster. He watches closely, and then I quickly grab the toy and throw it. He fetches it, brings it back, makes a happy pant sound with bright, shining eyes, and we do it again. He just wiggles with joy at being ‘stalked!’ Yes, they do have a sense of humor!!!!”

We definitely love a good sense of humor at Healthy Paws. Give Calvin a snuggle from us, Sandra! 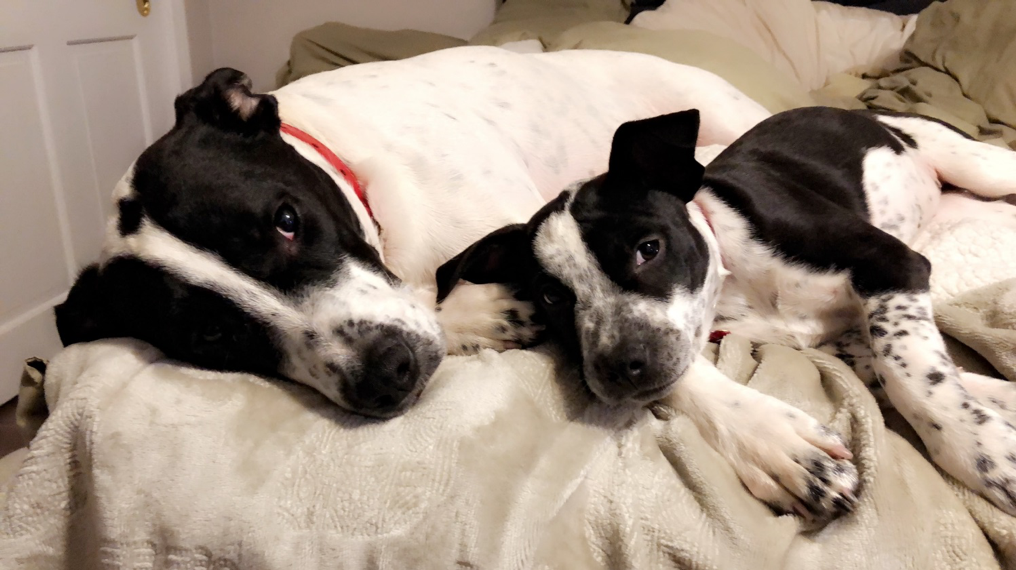 Pet parent Carol writes: “This is Dex (double stuffed Oreo) & Phoebe (mini Oreo). They were both adopted from Arkansas a year apart. Dex was adopted first & once we set eyes on Phoebe, we knew these two peas in a pod needed to be furever friends.”

Hours later, Carol noticed that Phoebe wasn’t feeling well and brought her to the vet. “After several long hours spent in the ER it was determined Phoebe would need to stay the night & later be operated on to remove her stuffy.” Upon returning from her long ER visit, Carol then noticed Dex isn’t feeling so well either and heads back to the ER for another long visit. Shortly after, Dex joins Phoebe and also has surgery to remove his stuffy.

“After a few ruff days in the hospital Dex and Phoebe came back home to recover from their not so great idea. While Dex and Phoebe didn’t feel their best, at least they had each other!”

“Today Dex and Phoebe are healthy, happy, no-having stuffed animals oreo pups. While they may be sad to never have a stuffy again, they are happy to play with sticks at the park — and not be operated on. Dex and Phoebe both thank Healthy Paws for helping Mom pay for their very expensive procedures and hospital stay. Without Healthy Paws who knows where these Oreos would be today, but thankfully they’re right here; holding paws & tackling life one paw print at a time. You can follow Dex and Phoebe on Instagram: the_oreo_pupz
(Vet bills per dog: $3,449.30; Reimbursement: $2,951.37; based on a 90% reimbursement rate; $500 deductible)