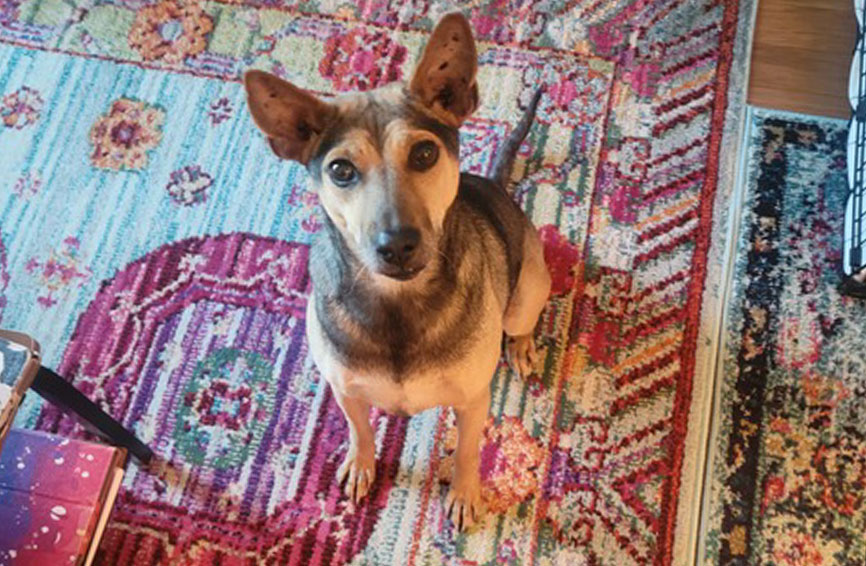 You could say that Juniper, a 10-year-old mixed-breed dog, has gotten lucky twice in her life. First, she was rescued from the Thai dog meat trade through the Soi Dog Foundation and Posh Pets Rescue. Then she was adopted at the age of 5 by pet parent Lynda and her husband Tony. Juniper was understandably traumatized, but love and patience brought her out of her shell. 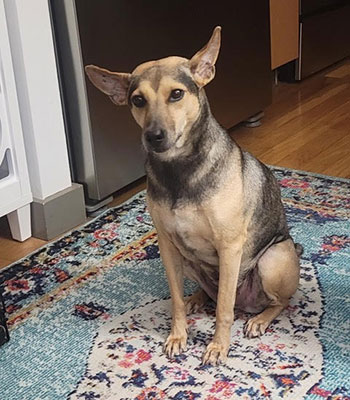 “We did lots of training to get her where she is today. Her PTSD still comes out, especially during thunderstorms,” Lynda said.

Juniper is a veritable mix of Asian breeds – chow chow, Tibetan mastiff, Shar-Pei, Akita, and Korean jindo. Despite her rough start in life, this exotic girl is a sweetheart.

“She is an absolute love, very smart, protective, with a giant personality, and has the mastiff stubbornness. She loves doggy daycare, and her best friends are all big – malamutes, pit bulls, and Great Danes,” Lynda said.

About a year ago, Juniper broke a tooth and had developed a growth near her groin that was bothering her and needed removal, so Lynda decided to have both issues treated at once. The veterinarian pulled the tooth and removed the growth. Juniper seemed to be healing well.

A cancer diagnosis for Juniper

Then Lynda received a dreaded call from the vet who informed her Juniper had stage 1 mast cell cancer. The good news was that it was caught early, and the vet was certain all the cancerous cells had been removed with the growth.

Juniper was brought back in for a chest x-ray, which did not indicate any cancer. Then they took her to an oncologist who performed an ultrasound on her lymph nodes, which were fine. She had another mast cell tumor on her chest but that one did not appear to be cancerous yet. The vet gave her a steroid injection on that tumor, a common treatment for non-cancerous tumors. The shot was repeated three months later, and the tumor went away.

Since the cancer was discovered early, the treatment was relatively mild, as far as cancer goes. Juniper did not have to go through radiation or chemotherapy, which are the most common treatments after surgery.

After a short recovery, Juniper was soon back to playing with her dog friends.  Just recently, Lynda took Juniper in for a check-up, and the oncologist declared her clear of cancer.

“She’s awesome and doing really well. No issues at all. Just one more year and she’s considered cured!” Lynda said. 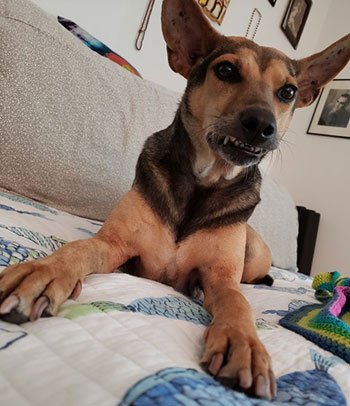 Lynda was an early adopter of pet insurance, having signed up for Healthy Paws coverage with another dog, Smiley, 10 years ago. It paid off for Smiley, as it has for Juniper. Lynda wanted a policy without annual or lifetime limits because she learned how expensive vet care could be, and how a chronic condition can result in regular vet bills.

“Smiley ended up diagnosed with Cushing’s, liver and kidney disease, requiring about $1,000 a month worth of medication. We were able to do that because we had Healthy Paws, which also helped cover putting her down at the age of 13. When we adopted Juniper, there was no question of what insurance I was getting. I would never use another pet insurance company,” she said. “I don’t mind paying the office visit fees and wellness care, because it’s the emergencies that are financially devastating, and Healthy Paws has been there for us for a decade now.”

Lynda has also relied on her insurance to cover the costs of regular blood tests and medication to manage Juniper’s hyperthyroidism.

The claim scenarios described here are intended to show the types of situations that may result in claims. These scenarios should not be compared to any other claim. Whether or to what extent a particular loss is covered depends on the facts and circumstances of the loss, the terms and conditions of the policy as issued and applicable law. Insureds providing testimonials in this report have not received compensation for their statements.