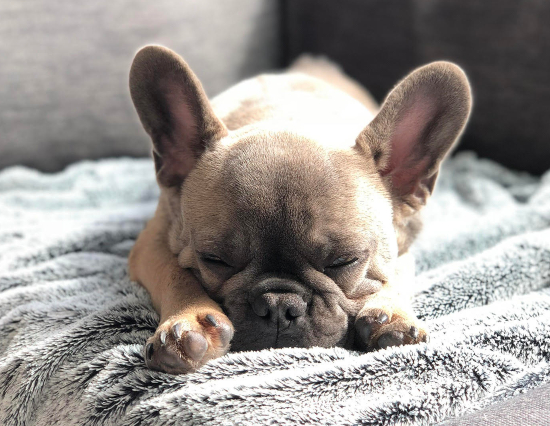 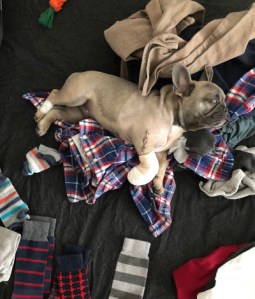 While puppies may be less prone to some of the diseases and conditions that affect older dogs, they are actually more likely to have an unexpected vet visit. Fortunately, Matt and Joey, the pet parents of Karl Sagan the French bulldog, had anticipated this and obtained pet insurance for their new pup.

Four-month-old Karl was at puppy school romping on a play bridge when he fell off, tumbling about a foot-and-a-half to the ground and landing wrong, causing a break in his right front elbow. Matt and Joey rushed Karl to the emergency vet where he underwent surgery — the vet placed a couple of screws in his leg, sewed him up and put a soft cast on it.

The unusually articulate and perceptive Frenchie from San Francisco wrote to Healthy Paws. “I would have been one upset puppy if my Dads hadn’t been a part of the Healthy Paws family when I broke my leg last year. It was a terrifying experience having to go to the ER, but knowing that it wouldn’t financially break the bank to have my surgery made all the difference to my Dads,” Karl apparently pounded out on the computer keyboard. 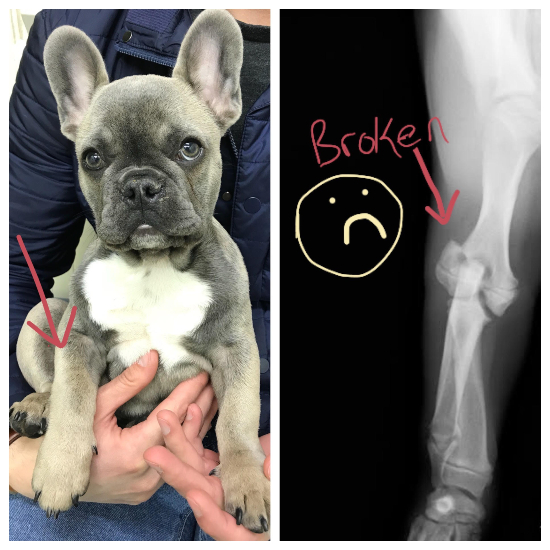 Thanks to Karl’s youth and the break being clean, he recovered quickly, had his cast off, and was back to normal within a couple weeks, Matt and Joey said.

Even that short recovery was challenging to manage for an energetic puppy.

“It was tough to keep him from playing and chewing on the soft cast. We intermittently used a soft cone to keep his mouth away and we did lots of silly creative play on the bed and couch,” Matt said. “For the time being he was a three-legged pup and thankfully the taping of the cast made him not want to try and walk on it.”

Today, Karl is a happy, healthy dog who enjoys exploring San Francisco with his Dads who can sometimes be spotted wearing coordinating French Bulldog sweaters. 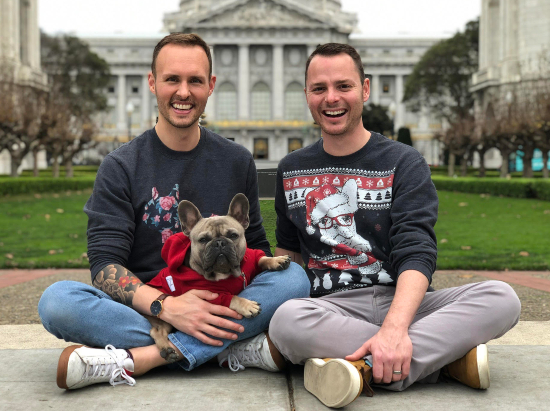