New Campaign to Help Decrease the Number of Missing Cats 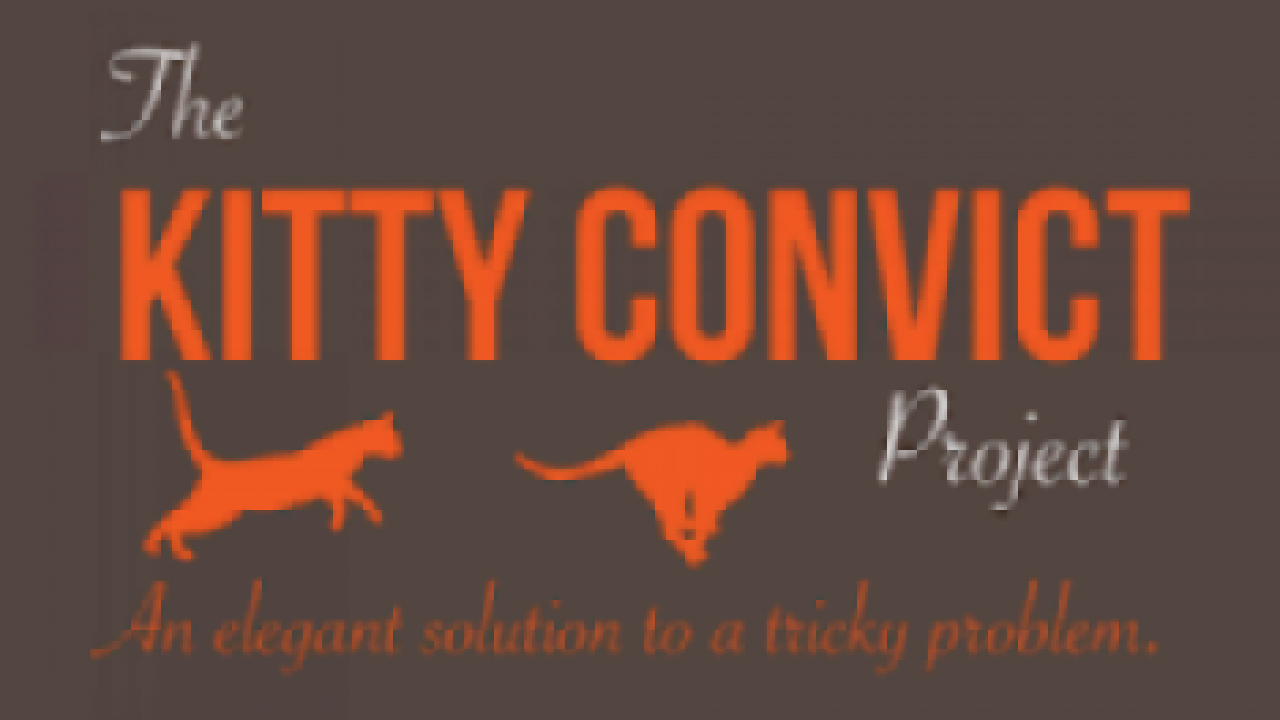 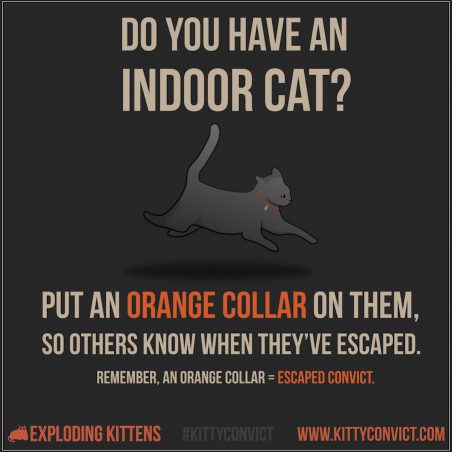 From the makers of the (hilarious and amazing) Exploding Kittens card game comes a fantastic initiative for cat-lovers and their neighbors: the Kitty Convict Project! The project comes from the discovery that while 7 million pets go missing every year in the US, of this, 26% of dogs are reported and returned, whereas only 5% of cats are. The reasons comprise of three main factors:

How they chose to solve this conundrum is simple: put an orange collar on your indoor cat so people will recognize that kitty has a home and is MIA. We had a quick chat with the company and got in some questions about this latest project.

Healthy Paws (HP): What was the inspiration for the project?

Exploding Kittens (EK): The inspiration was simply “How can we make a difference?” We realized there was a large disparity between the number of cats returned home compared to dogs. So, we came up with a very clever solution. At the end of the day, the more animals we can save, the better!

HP: What is the scope of the Kitty Convict Project? Is it any orange collar?

EK: The scope of Kitty Convict is definitely any orange collar. Educating cat owners and making this a community initiative is what we strive for. In an effort to make this happen, we partnered with a company, GoTags, to produce orange collars specifically for this project. Fundamentally, any collar that is orange does the trick – it’s a matter of the community knowing what the orange collars mean. With GoTags, Exploding Kittens subsidizes a portion of production costs, allowing them to sell it at a lower price which makes the orange collars more accessible for pet owners. (You can see their product for Kitty Convict on Amazon!)

HP: Any other parts of the initiative we should know about? Anything coming up in the future?

Exploding Kittens is beginning to work with shelters, clinics and veterinary hospitals in Los Angeles to help spread the word and educate new cat owners of the importance in keeping indoor cats safe. We donate literature and giveaway collars with to be given to newly adopted pets and post signage in the waiting areas to spread the word! Once we have a strong presence in LA, our hope is to start working with larger organizations to help spread the message!

Find out more about the Kitty Convict Project on their site, Facebook and Instagram, and purchase their orange collars on Amazon.

Injuries, illnesses and more sustained after the waiting period are covered by Healthy Paws Cat Insurance, so if your cat has gone missing and is returned, remember to take him or her to the vet as soon as possible. It’s not uncommon for cats to come home with soft tissue injuries or accidental ingestions after being lost, so medical care may be needed. And if you see an orange collared kitty, you know what to do! Try to get the cat to a safe area and call their parents. They’ll be so glad you did!

If you love your cat like family but wouldn’t be prepared to pay thousands of dollars for an unexpected accident or illness, then you should consider pet insurance. You can cover your furry family member and protect your wallet at the same time. Start by getting a free quote.