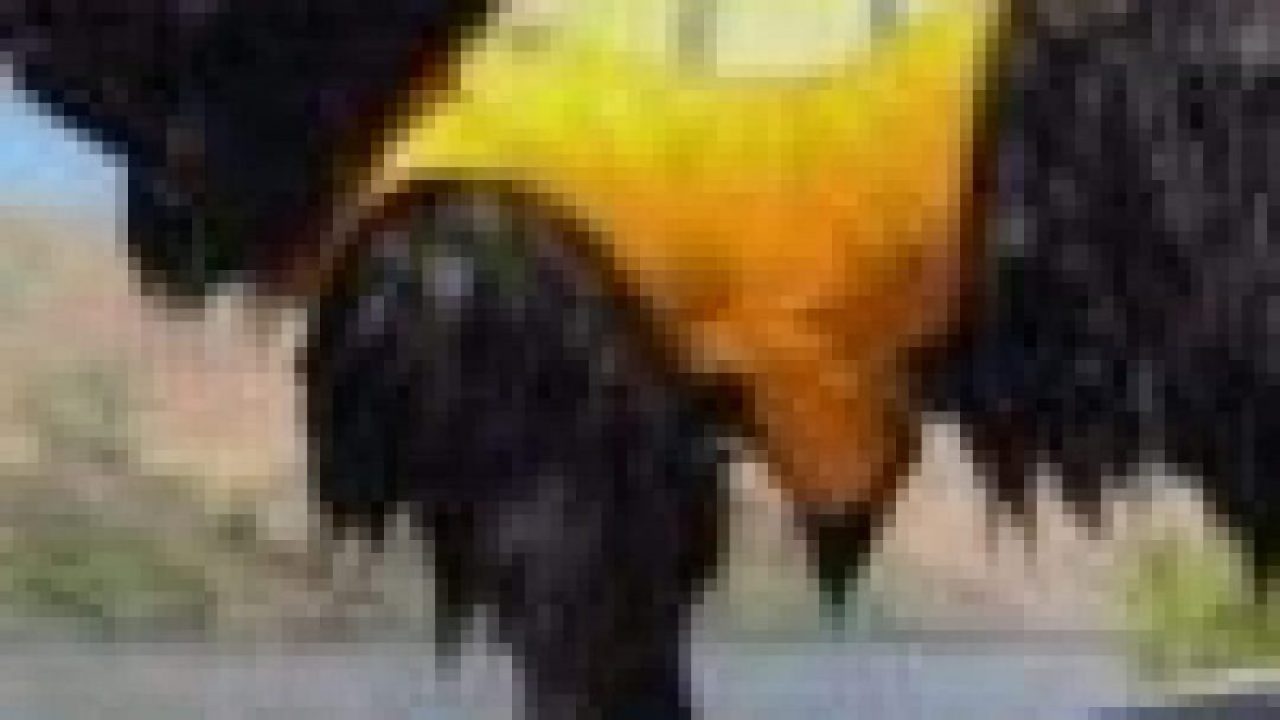 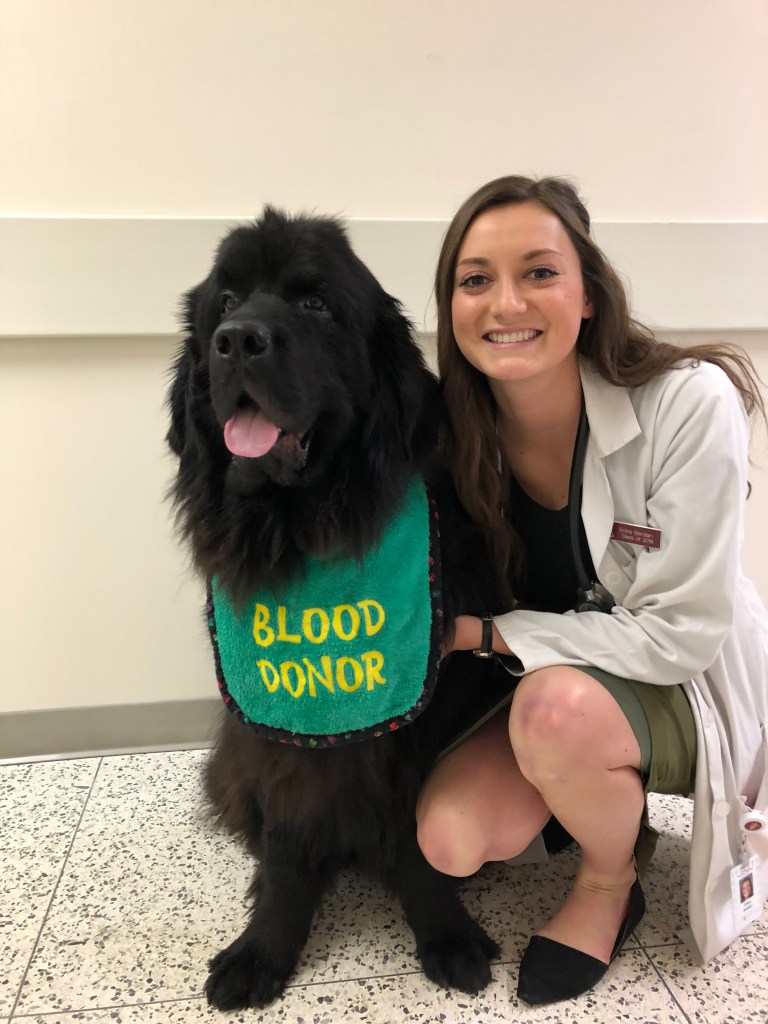 Many pet parents know that taking care of our furry family members can sometimes be quite stressful – especially when you go in to the vet for one condition and leave with multiple diagnoses (and lots to worry about). Pet parent Sarah knows all too much about collective conditions. Her Newfoundland, Larry (aka “Lare-Bear”) went in for pneumonia and came out diagnosed with a possible floating foreign body (to be removed with a partial lung lobectomy) and elbow dysplasia. At the time, he’d also had an abnormal echocardiogram.

“Lare is a pretty special guy,” begins Sarah. “I am a critical care nurse at a veterinary teaching hospital, so having a large breed dog, naturally, I signed him up to be a blood donor. To say Larry is famous around the hospital would be an understatement. He absolutely loves going in to the hospital to donate blood. Everyone there knows his name, he marches down the hallway with his head held high, gladly accepts all pats and praises from the doctors, nurses and students. Larry is the transfusions team ‘go-to’ donor for events as well, open houses, etc. Honestly, it’s pretty common for me to talk to people at the hospital that know Larry, but don’t know me. I often get ‘Larry is YOUR dog?!?’” 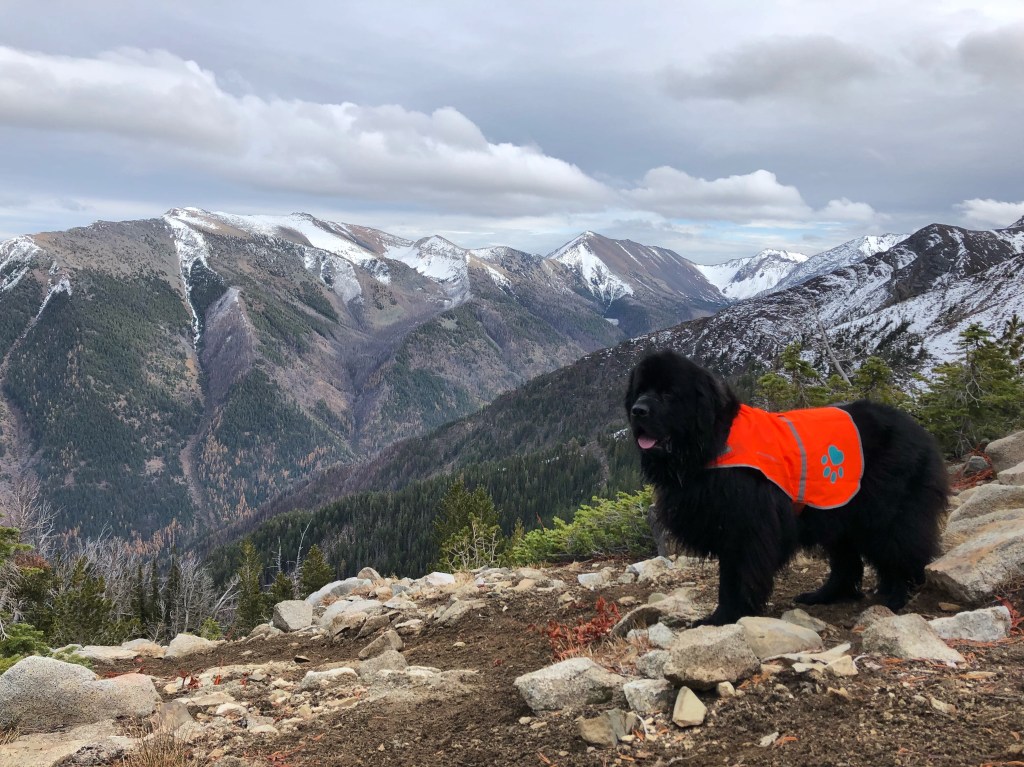 Outside of Larry’s “job” as a blood donor, he’s pretty normal. “He loves the outdoors! Hiking, swimming, anything to get his legs stretched while getting fresh air. I think it is his love for being outside that landed him in such an unfortunate situation,” Sarah continues. He’d had a mild cough by the end of the winter, so they went to the vet as coughing can be indicative of something bigger – and something bigger it was. They expected pneumonia, and to add to it (“when it rains, it pours”), they discovered Larry had elbow dysplasia, as well as a possible abscess diagnosis.

“Over a month of diagnostics (three sets of chest x-rays, a CT scan, and different panels of bloodwork), he ended up needing to go to surgery to remove a migrating foreign body that had set up camp in his mediastinum,” explains Sarah (the mediastinum in Larry’s case was the space between his lungs). “Migrating foreign bodies can be fairly common! Dogs get them in their feet or less commonly, their chest. Lare must have inhaled a little piece of grass, went in through his lung, and migrated into his mediastinum.” After they discovered the culprit, he ended up having a thoracoscopic lung lobectomy and pericardiectomy. For those of us who aren’t well-versed in veterinary science, that means surgery to remove some of the affected tissue in both the lungs and around the heart.

His surgery and recovery was just under 48 hours, and he was ready to go home and continue being his cheerful self. “As his mom, I went through periods of ups and downs with how I was handling it. I think the drawn out process of the whole thing was the most stressful,” says Sarah. “We were all hoping it would resolve itself with medication, but because the reality was he had a foreign body in the chest, we knew surgery would be the one thing to completely fix it.” Their only other option would be a lengthy six to twelve-month process of administering aggressive antibiotics with periodic rechecks. Sarah says, “That option would have taken Larry out of the blood donation program, and [in the end] he would have mostly likely needed surgery anyway.” 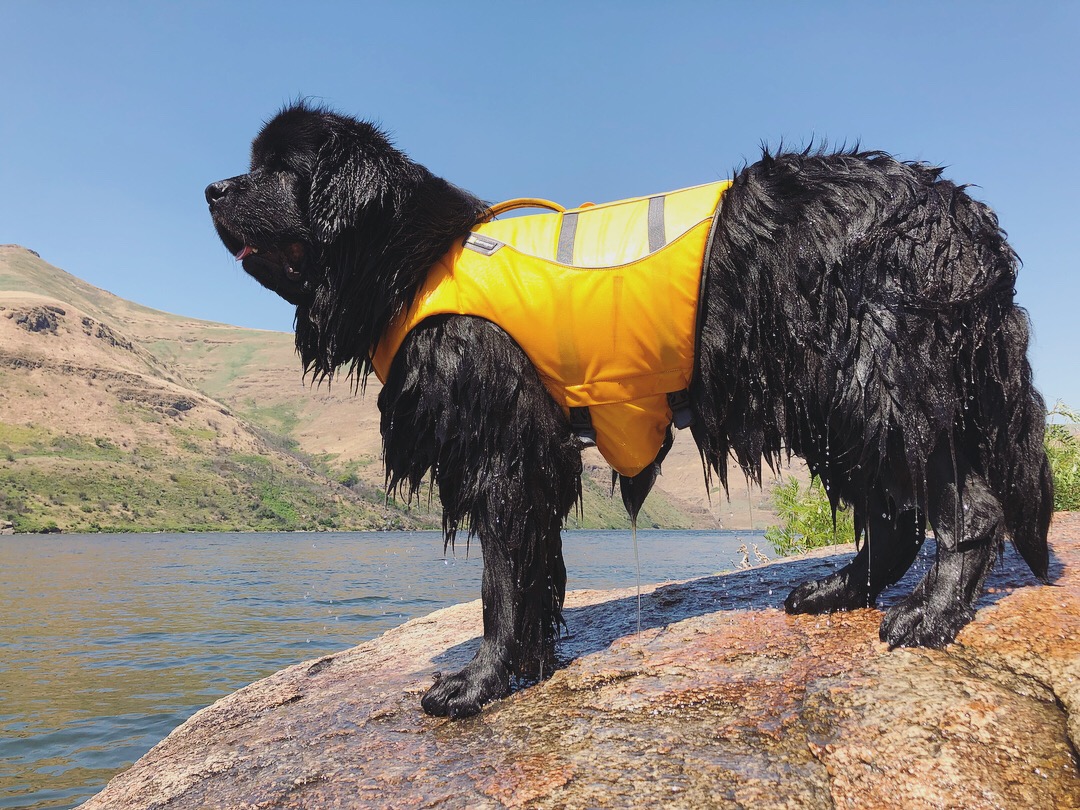 Larry has since recovered and is even back to donating blood. “I am over the moon happy with how it all went,” says Sarah. “For some clients, this decision can be hugely based off of finances alone. I knew Healthy Paws was behind me, as they had helped so much through every step of the process already, so I knew what the best option for him was. The best part was that he was never very symptomatic for it. I believe it was caught early, and we started medications early. He was a champion through the whole thing.”