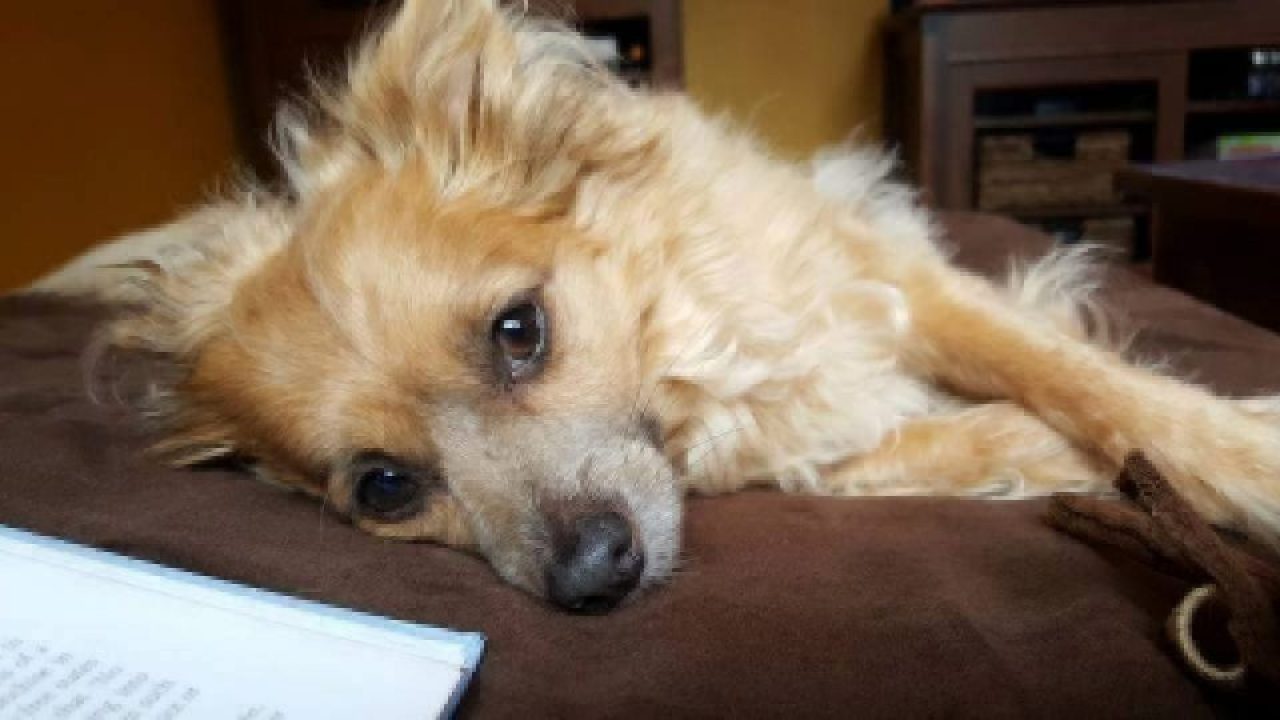 As many pet parents know, if a dog is limping, it may be a symptom of something rather serious. Whether a dog has been injured roughhousing at the dog park or simply on the nightly jog, conditions that affect mobility usually mean a trip to the vet. One such injury is “luxating patella,” or in layman’s terms, a dislocated kneecap. The kneecap can eventually pop back into place, and dogs can actually live with the condition for years. It can, however lead to other joint complications down the road. Here’s what happened when one of our pet parents discovered their dog Nimh had a luxating patella.

“One night we were browsing for dogs locally on Petfinder and came across Nimh’s profile. The shelter didn’t really seem to have any information on him, other than he was an owner surrender. It didn’t matter to us! It was love at first sight,” begin pet parents Joseph and Montana. “We actually signed the adoption papers before we even got a chance to meet him. We adopted Nimh when he was 10 months old from a local shelter; his ‘Gotcha Day’ was New Year’s Day 2011.” 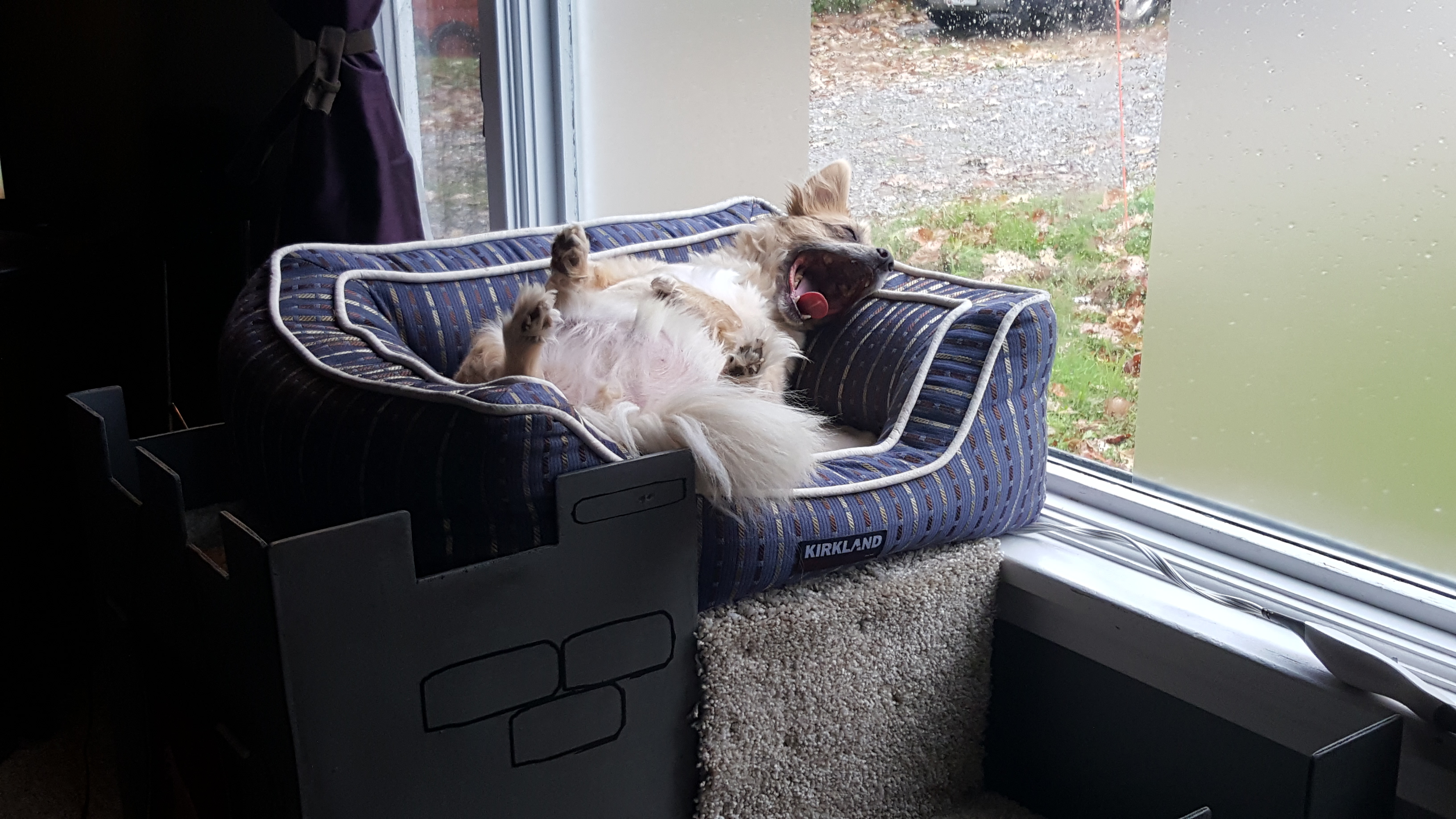 The family first noticed that Nimh had a limp on his right side after he had run through some snow and slipped. “He began to limp, but only intermittently,” Montana continues. “We took him to our vet the next day and learned that it was a congenital issue, so there was a possibility that he would need surgery on his other knee in the future. We scheduled his first surgery for a few days before Christmas 2014.”

The day of the first surgery, Joseph and Montana were quite anxious. “We had never left him anywhere overnight before. If there was anyone we trusted with his care, however, it was our vet at the time. The hardest part actually began after he got home – his cast began to slip and cause chaffing after the swelling in his leg reduced. Between the discomfort, the antibiotics making him nauseous, and an allergic skin reaction to the adhesive from the medicine, it was obvious to us that he was very uncomfortable,” says Montana. “He wouldn’t eat or drink anything; it broke our hearts to see him so miserable. We ended up taking him back to the vet to have his cast rewrapped and to get some shots that would help reduce his pain and nausea. It took him a few months to fully bear his weight on his right leg again after having his cast removed, but overall, his knee healed well.” 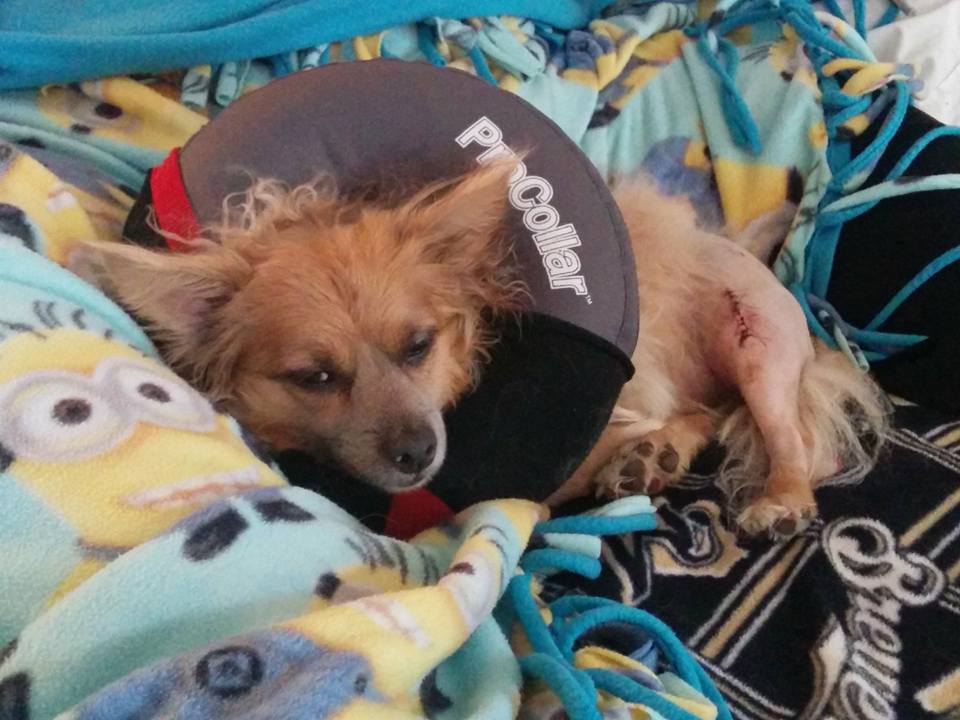 Fast forward to August 2015 when Nimh was playing a little rough with another dog and began to limp intermittently again, but this time with his left leg. “We immediately recognized it and knew he would need surgery on his left knee,” says Montana. Unfortunately, the family had just moved to another state and were enduring quite a bit of stress: “We hadn’t found a vet that we felt comfortable with yet and within two weeks of moving to our new home, a pipe burst and flooded our living area (twice!), Joseph broke his finger during the second flood, and his mother was expected to visit soon…”

After calling around and visiting several local vets, Montana and Joseph managed to find a good fit in their new town. “We shared our concerns about the cast, his allergy to the adhesive and the antibiotics making him too nauseous to eat,” explains Montana. “We were surprised to find that the second surgery would be quite different from the first – no overnight observation, no cast, no antibiotics and he could bear weight on it the same day. We were pretty nervous about the dramatically different process but running out of time.”

The duo called their former vet and discussed the procedure, gaining reassurance that the different process would be safe, so they scheduled the second surgery in September 2015. “The difference in terms of recovery was remarkable! Nimh was bearing weight on his leg the same day; he maintained his appetite and there was no uncomfortable cast, antibiotics or allergic reaction! Within a week, he was bearing his full weight on his left leg. We were nervous he would have a rough recovery again, but we were over the moon with how well it went.”

Luckily, they’d enrolled Nimh in pet insurance early so his claims were covered. “Thankfully we didn’t really need it for the first few years, but we still consider it one of the best decisions we’ve made,” says Montana. “On top of his two surgeries, Nimh was diagnosed with severe allergies after scratching his cornea. Consequently, he needs to take over-the-counter and prescription allergy medicine every day almost year-round for the rest of his life. His prescription medicine is almost $75 a month.” Between his surgeries and ongoing prescriptions, Nimh’s claims have totaled $6,759 and Montana and Joseph have been reimbursed $5,384 (90% reimbursement rate and $100 deductible). 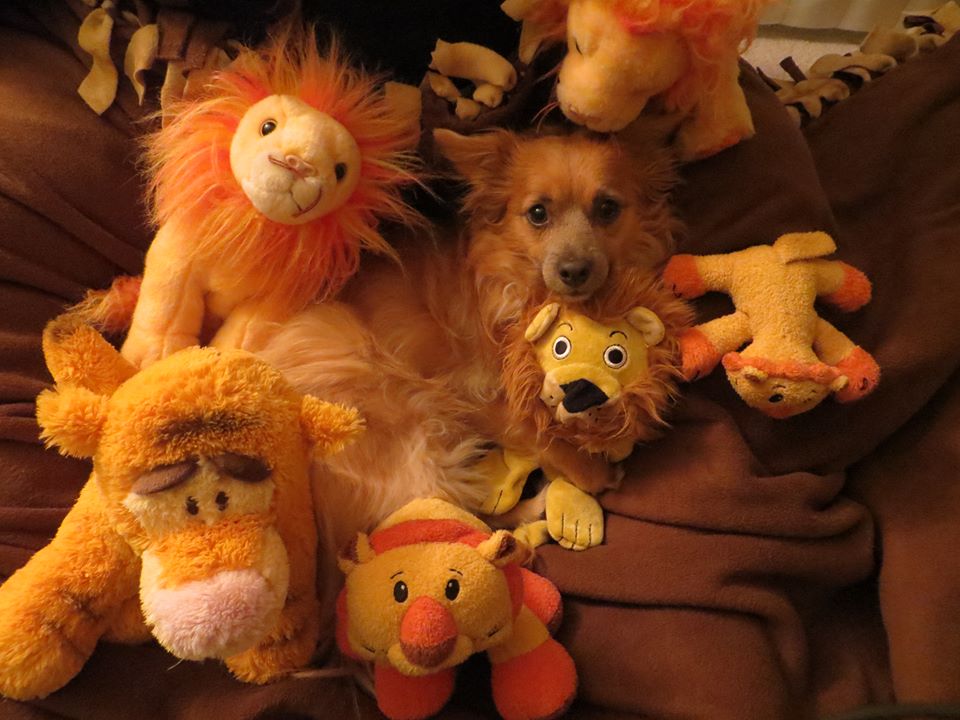 “When we adopted Nimh, we knew we would want pet insurance. It just made sense to us,” says Montana. “We have health insurance so why wouldn’t our dog?” Nimh’s since recovered and is back to enjoying long car rides and walks around the nearby lake: “He spends most of the day lounging around in his homemade castle – we built it so he can see out of the tall windows – or laying outside in the sun. His favorite toy is a stuffed lion and it’s almost as big as he is!”