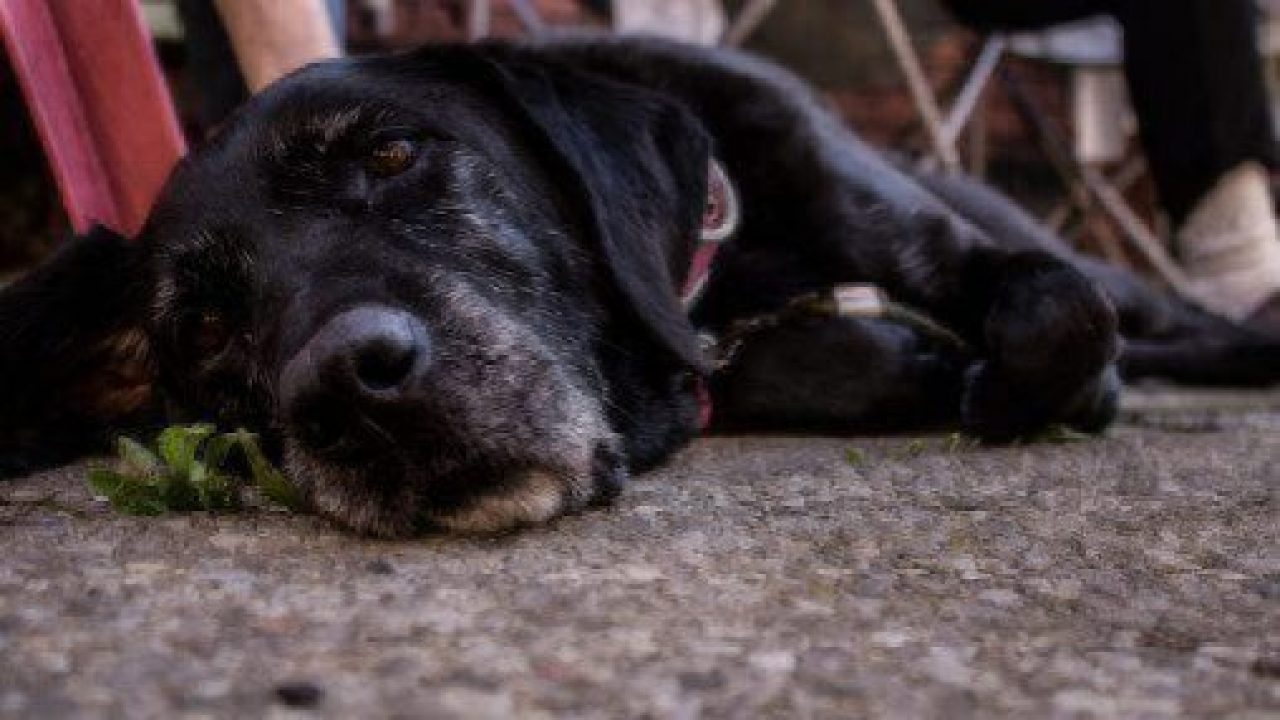 Reviewed for accuracy on June 15, 2022 by Cathy Barnette, DVM

“Dorian is 8 years old and the sweetest dog in the world!” says pet parent Kerrie. “He loves going to our parents’ house and playing with little dogs.” Just last January, Dorian [Gray] was diagnosed with lymphoma. “He was just acting very lethargic one day and wouldn’t come downstairs to eat which is very unlike him. I went to lift his head up to look at his face and he started whimpering so I knew something was wrong and took him to the vet immediately.” It turned out his lymph nodes were enlarged, causing pain when he would move his head. The diagnosis was a shock; no pet parent wants to hear that their dog has cancer.

Lymphoma in dogs is one of the most common pet cancers, and cancer accounts for over half of all deaths in dogs over 10 years old, according to the National Canine Cancer Foundation. The canine cancer rate is comparable to that in humans, while cancer is less common in cats.

Although there are over 30 types of lymphoma in dogs, all lymphoma comes from an overgrowth of lymphocyte cells. Lymphocytes are an integral part of the immune system, protecting the body from infection. Parts of the immune system that are most susceptible to lymphoma include the spleen, lymph nodes, and bone marrow. Lymphoma of the skin, digestive system, thymus gland, and other organs may also occur. Lymphoma in dogs accounts for 7 to 14 percent of all canine cancers, according to the College of Veterinary Medicine at Purdue University.

What are the symptoms of lymphoma?

Depending on the cancer’s location, signs of lymphoma in dogs may include swelling, loss of appetite, weight loss, lethargy, and increased thirst and urination. The primary symptom is swollen lymph nodes. Swelling or edema of the extremities may occur if a swollen lymph node blocks drainage of fluid from the affected area.

Lymphoma of the skin is commonly mistaken for allergies or fungal infections at first; when it occurs in the mouth, it may be misdiagnosed as periodontal disease or gingivitis. When lymphoma in dogs occurs in the gastrointestinal system, vomiting and unusually dark-colored diarrhea are the primary symptoms.

Like Kerrie described, if you notice sudden changes in your pet’s appearance or behavior, see your vet.

How is lymphoma diagnosed and treated?

Diagnostic tests for lymphoma in dogs may include a biopsy of any masses or affected areas, which can require sedation. Once a diagnosis of lymphoma is determined, multiple staging tests may be conducted to establish how far the cancer has advanced; these tests include routine lab work like blood and urinalysis, as well as x-rays and sonograms.

Treatment for lymphoma in dogs depends on the cancer’s stage. Chemotherapy is usually recommended, while more advanced cases may require surgery or radiation to shrink and remove masses. Widely considered to be the most effective treatment, UW-25, also known as the Madison Wisconsin Chemo Protocol  or CHOP, is a drug cocktail modeled after human lymphoma treatments.

“We went to [our vet hospital] and they recommended he get a chemotherapy called CHOP therapy,” says Kerrie. “After one treatment, some of his lymph nodes went down to half their size! After six months (with only two more visits to go), he’s in remission. They said he’s doing great and has responded to the chemotherapy wonderfully.”

How will chemotherapy affect my dog?

While chemotherapy can have side effects like vomiting and diarrhea, it is very mild and usually does not render a dog bald or extremely sick. Instead, canine chemotherapy is palliative, meaning the treatment helps keep pain and suffering minimal while not aggressively attacking a dog’s body.

Purdue University’s College of Veterinary Medicine reports that less than five percent of dogs experience serious chemotherapy side effects requiring hospitalization. If significant side effects do occur, your vet will immediately adjust the dose. Find out more about how pups handle palliative chemotherapy by reading Dug’s Story.

What is the prognosis for lymphoma in dogs?

According to the Merck Veterinary Manual, treating low-grade lymphoma in dogs can add more than two years to a pet’s life. The good news is that 70 to 90 percent of dogs treated with CHOP chemotherapy experience partial or complete remission.

As with human cancer diagnoses, early detection is the key to a complete recovery. Regularly inspect your pet for any lumps or bumps, and pay attention to sudden changes in appearance and behavior. If you suspect anything is wrong, make an appointment with your vet.

By enrolling in pet insurance, you can give your pet full treatment should the worst come to fruition. “I don’t know what I would’ve done without Healthy Paws Pet Insurance,” continues Kerrie. “They have been taking care of us so well! I referred them to so many people and they signed up and are very happy they did! Our dog is our life so we would do anything to save his.” To date, Dorian Gray’s bills have totaled $7,965, of which Kerrie has been reimbursed $6,876.